CDC: UK variant is the most dominant COVID-19 strain in the country

Florida has the highest number of confirmed cases of the UK variant in the country with more than 3,200 people infected. 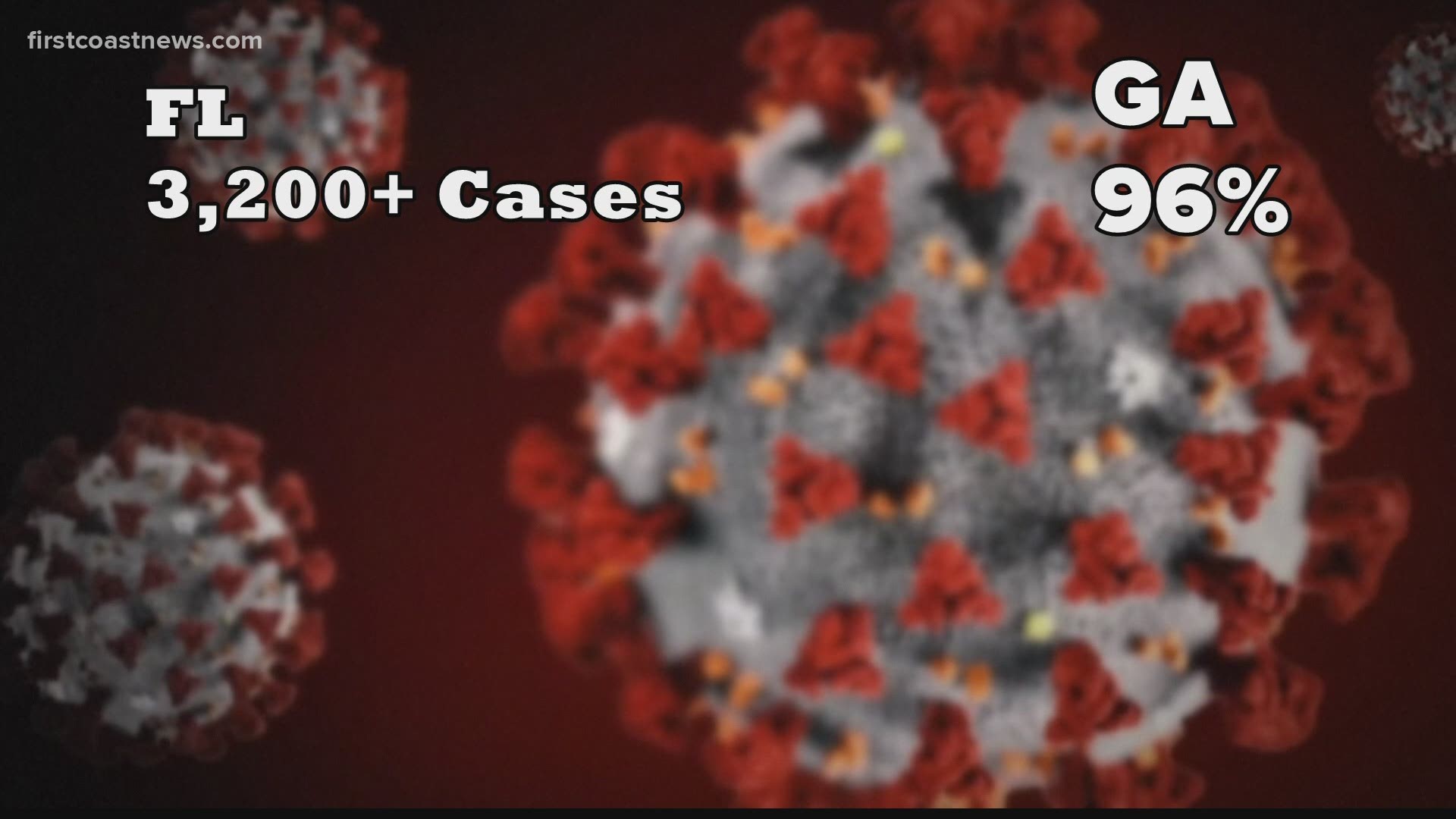 JACKSONVILLE, Fla. — The COVID-19 UK variant is now the most dominant strain in the U.S., according to the Centers for Disease Control and Prevention.

This is concerning local doctors with restrictions easing in the First Coast. The reason doctors are worried is because they say it's more transmissible and potentially more deadly.

"The big concern is it's easier to get infected," said Dr. Elizabeth Ransom, executive vice president and chief physician executive at Baptist Health.

Dr. Elizabeth Ransom with Baptist Health says most experts believed the COVID-19 UK variant would be the dominant strain in the U.S. by early April.

"That is due to the fact that it is much more highly contagious than the original virus was," Ransom said. "It's much easier to spread, and that's why it's so much more prevalent."

CDC data shows Florida has the highest number of confirmed cases of the UK variant in the country with more than 3,200 people infected, and 96% of variant cases in Georgia are the UK strain.

The CDC also reports the UK variant makes up 27% of all coronavirus cases in the nation. The strain first appeared in the UK last September, and the first case made its way to the U.S. in December.

"It really is a race against time," Dr. Mohammed Reza said.

Infectious disease specialist Dr. Mohammed Reza says we need to be vigilant to keep this variant in check.

"We need to stop having this virus run amuck through our country and through our world because the more times it gets transmitted, the more mutations it has a chance to form," Reza said.

Reza says the most important thing to prevent the fourth wave is for people to get their COVID-19 vaccination.

"That's what we're trying to blunt is that fourth wave by getting everybody vaccinated because we're seeing all three vaccines are effective against this UK variant as well as the previous variant, which is fantastic news," Reza said.

Doctors encourage you to continue wearing your mask, have gatherings outside, and wash your hands.

The @CDCgov reports the more contagious #COVID19 UK variant is now the most dominant strain in U.S. CDC data shows Florida has the most cases of the UK variant in the nation. A local infectious disease specialist & Dr. Elizabeth Ransom with @BaptistHealthJx weigh in on @FCN2go.