Dr. David Margolius of MetroHealth in Cleveland cited Browns head coach Kevin Stefanski as a good role model for his mask use amid the coronavirus pandemic. 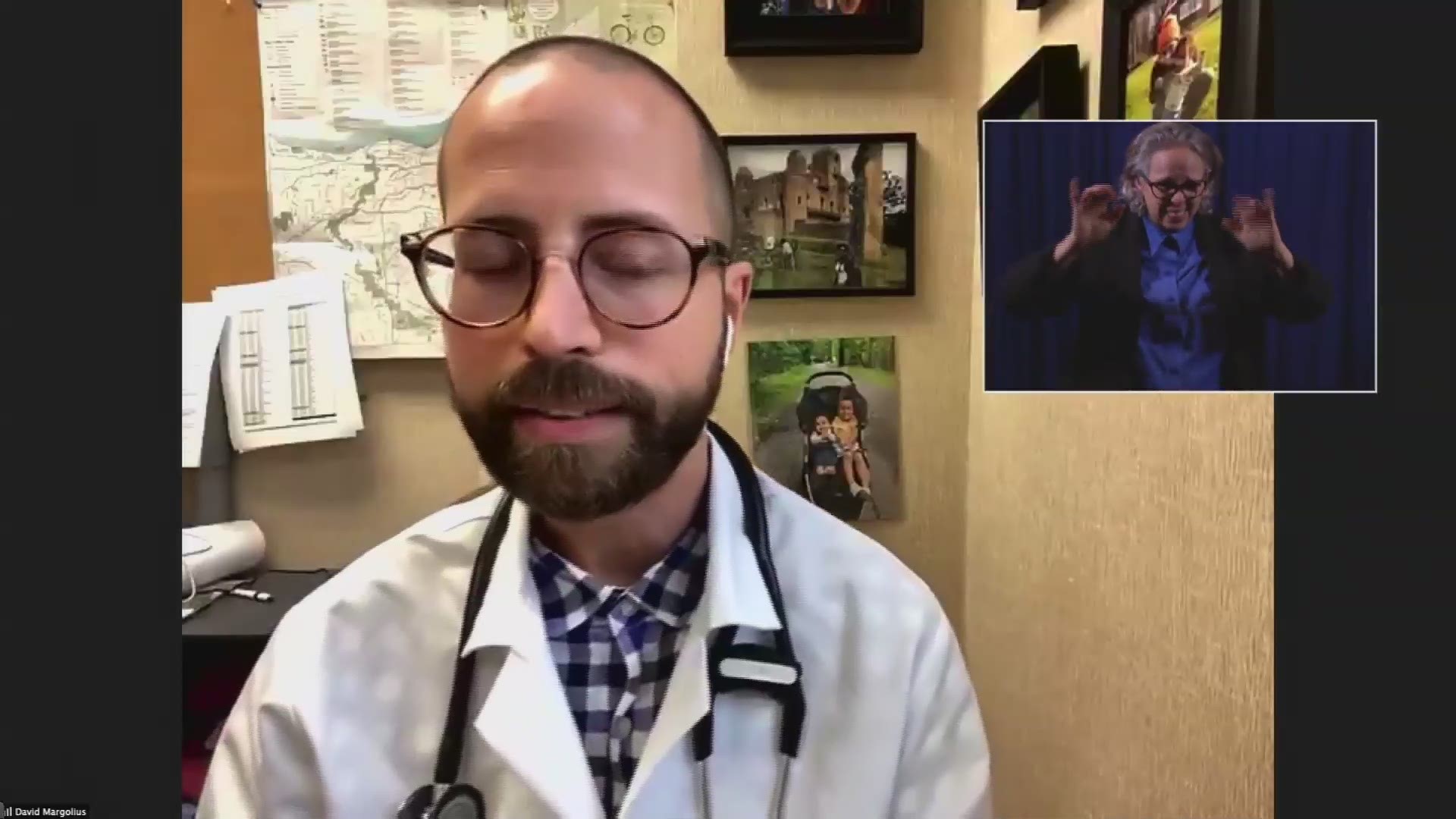 CLEVELAND — While several NFL head coaches were fined earlier this season for failing to properly use their masks, Cleveland Browns head coach Kevin Stefanski was not one of them.

"This thing is not coming off," Stefanski said while tugging at his face mask during a Zoom call with reporters last month.

Stefanski's use of his face covering, particularly while on the Browns' sideline, hasn't gone unnoticed, with one local doctor praising the first-year Cleveland head coach has a role model for his efforts.

"If you're going to spend time with people, spend time safely," Dr. David Margolius of MetroHealth Cleveland told Ohio Governor Mike DeWine during an interview during his press briefing on Thursday. "Look at Coach Kevin Stefanski of the Browns. When he wears that mask, it's there. He's doing it. I think many other examples exist where you really can be around other people and you can do it safely."

Dr. Margolius' comments come as Ohio finds itself experiencing a recent surge in coronavirus (COVID-19) cases. On Thursday, the Buckeye State reported a single-day record 2,178 new coronavirus cases -- an increase from the 2,039 cases it reported on Wednesday.

Locally, both Cuyahoga County and Summit County have returned to Level 3 risk levels, which denotes "very high exposure and spread" of the coronavirus. As of Thursday, 65 percent of Ohioans currently live in a "red" Level 3 county.

As far as the NFL is concerned, the league has already rearranged portions of its schedule due to coronavirus outbreaks on the Tennessee Titans and New England Patriots. As a part of the league's protocols, coaches are required to wear masks or face coverings on the sideline -- a guideline Stefanski has clearly taken to heart.