With a desire to get outside, many have turned to biking for exercise and fresh air. Meanwhile, local bike shops are trying to keep up with the renewed demand. 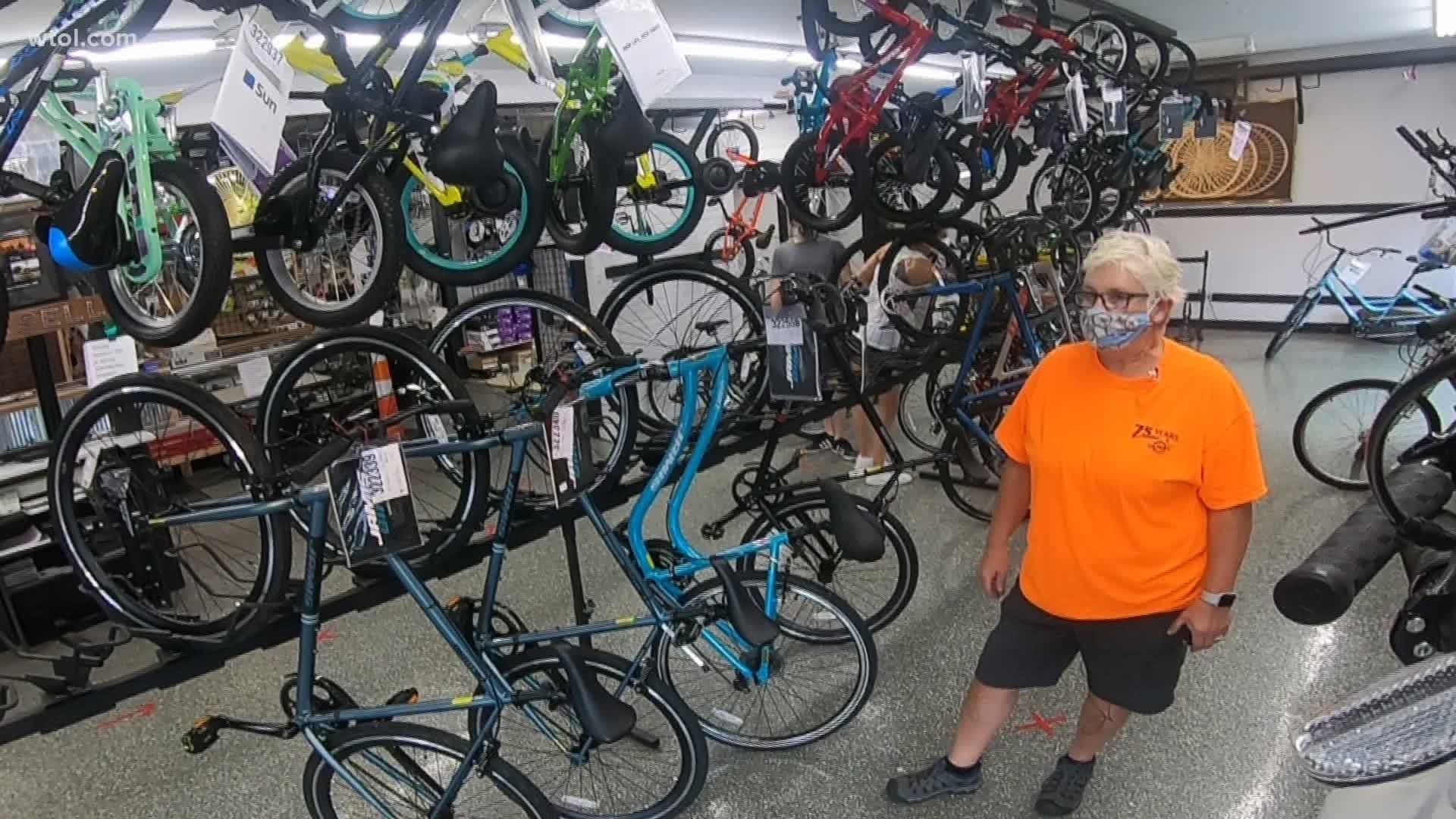 TOLEDO, Ohio — Fresh air is a hot commodity these days with folks itching to get outside while still remaining safe.

That has sparked a renewed interest in bike riding.

It's also causing some good problems for one Toledo mainstay bicycle store. Business at Wersell's Bike Shop has spun up in recent months as folks look to get outside and remain a distance away from others.

"People are biking and it's nice to see it," owner Jill Wersell said.

"Obviously bike sales were increased this year for the early spring, with the gyms all being closed early on and people didn't have any means of exercising," Wersell said. "Everybody either came out and bought a bicycle or dug out their old bikes to bring them in for service."

Demand has skyrocketed nationwide but the supply hasn't kept up.

"It's kind of hard to get the product in, as you can see behind me," Wersell said while referencing several empty bicycle racks. "We are still getting a few bikes trickling in weekly, but it's nothing like our normal shipments would be in a normal, average summer, so to speak.

"A few more headaches are happening right now just because some of the products we can't get in to even do repairs at the present moment."

But a shortage of bikes at the shop means plenty at the park.

"First time here and I seen (sic) the bikes, so I grabbed the opportunity and rode the bike," said Bryce Bachli, a Toledo resident who rented a ToleGO bicycle at Middlegrounds Metropark Monday afternoon.

Bachli isn't alone. In fact, since the ToleGO bike-share program restarted lin mid-June, 162 new members have hopped on at least once, racking up nearly 236 hours and traveling more than 660 miles, according to Jamie Christian, a representative for ToleGO's parent company Gotcha.

"Biking is easier than walking and it's kind of funner to get your exercise in while biking than walking," Bachli said.

"We've got great Metroparks in Toledo and we've got some great places to ride your bikes," Wersell said. "It's nice to see everybody out riding their bikes again and getting them out of their garages and turning to cycling again."