There are 7 confirmed cases of coronavirus among inmates at Elkton, with 2 staff members also having tested positive. 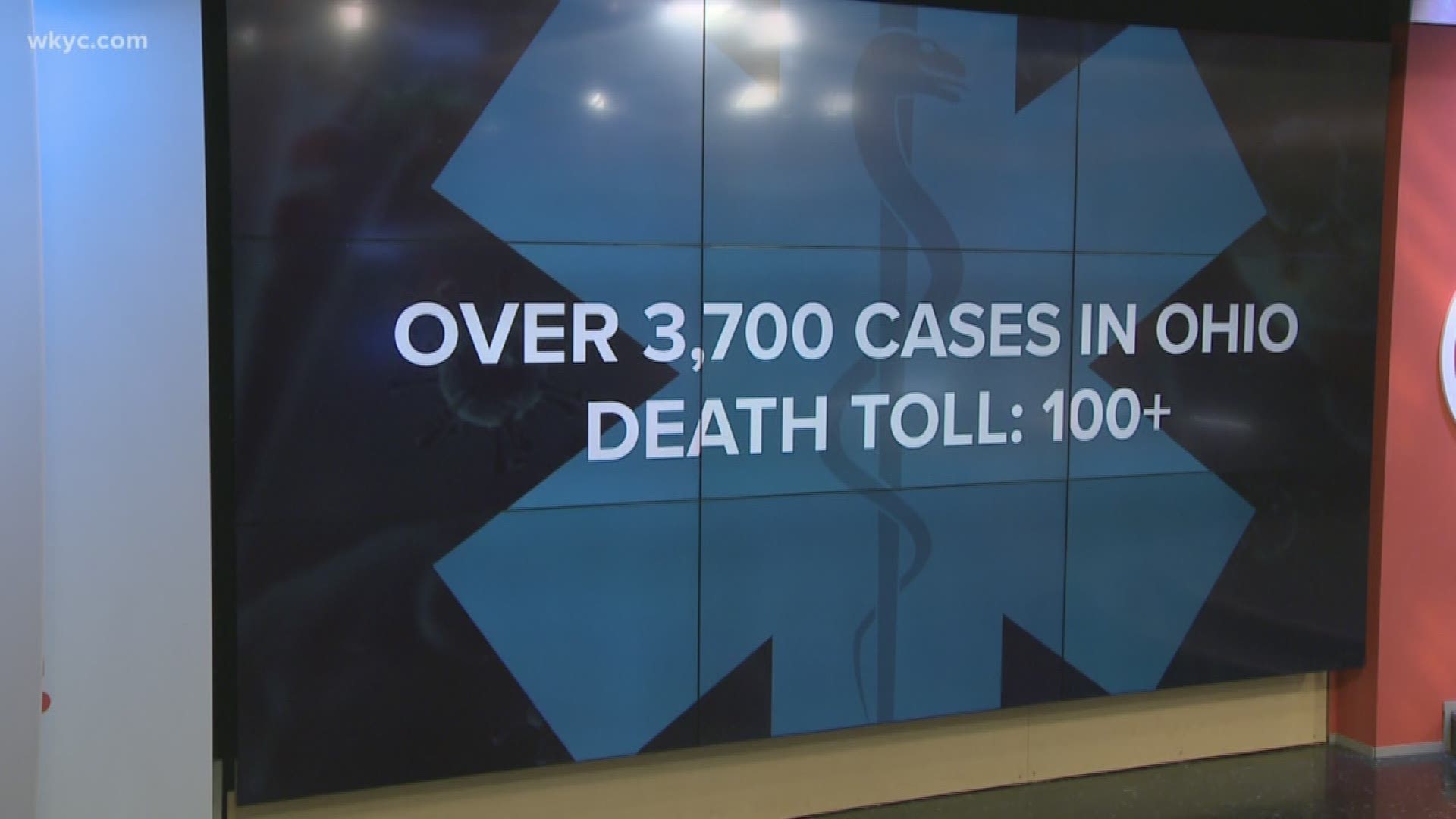 The problems do not end there. An additional seven inmates and two staff members have tested positive for COVID-19.

On Saturday, the Justice Department's Federal Bureau of Prisons confirmed that 76-year-old Frank McCoy died on Thursday, one week after reporting to the facility's Health Services Department. While in the hospital, McCoy tested positive for COVID-19, his condition declined, and he was placed on a ventilator. The Federal Bureau of Prisons says McCoy had "long-term, pre-existing medical conditions which the CDC lists as risk factors for developing more severe COVID-19 disease."

McCoy was serving a 121-month sentence for Possession of Child Pornography. He had been in custody at FSL Elkton since September 6, 2017.

Also on Thursday, 3News' Rachel Polansky confirmed the death of 53-year-old inmate Woodrow Taylor. Taylor had been awaiting test results for coronavirus. According to the Federal Bureau of Prisons, Taylor's "condition quickly declined and he was placed on a ventilator. On Thursday, April 2, 2020, Mr. Taylor, who had long-term, pre-existing medical conditions, which the CDC lists as risk factors for developing more severe COVID-19 disease, was pronounced dead by hospital staff. While at the local hospital, Mr. Taylor was tested for COVID19; however, test results were still pending at the time of his death."

Taylor was serving a 60-month sentence for Conspiracy to Possess with Intent to Distribute 500 grams or more of Cocaine. He had been in custody at FSL Elkton since April 29, 2019.

A third inmate, Margarito Garcia-Fragoso, is also reported by the Federal Bureau of Prisons to have died of COVID-19 on Thursday.

The 65-year-old Garcia-Fragoso tested positive for COVID-19 and his condition quickly declined and he was placed on a ventilator. Like McCoy and Taylor, Garcia-Fragoso also had long-term, pre-existing medical conditions, which the CDC lists as risk factors for developing more severe COVID-19 disease.

Garcia-Fragoso was serving a 126-month sentence for Possession with Intent to Distribute more than 500 grams of cocaine and Possession of a Firearm in Furtherance of Drug Trafficking Crime. He had been in custody at FSL Elkton since January 10, 2017.

Last Wednesday, 3News investigator Rachel Polansky was the first to report that three inmates had tested positive for COVID-19 at FSL Elkton.  As Polansky uncovered, that number is likely higher but the prison doesn't have enough tests to know for sure.

When Joseph Mayle became a corrections officer at Elkton, he understood that something could happen to him on a daily basis. COVID-19 flipped the script.

“We know what we're going into when we sign up for this career, but nothing to where we would think we'd be bringing something home that could actually injure or create issues for our family or our kids or our loved ones,” said Joseph Mayle, president of the union that represents Elkton officers, AFGE Local 607.

Mayle says there's a lot of anxiety after three Elkton inmates tested positive for COVID-19 and another 80 are showing symptoms.

“They're [Bureau of Prisons] not giving us the proper testing equipment,” said Mayle.

Those inmates are now in isolation but the majority of them will not be tested because the Bureau of Prisons only gave Elkton -- which houses 2,500 inmates – five testing kits.

One inmate told 3News in an email, "It is a mess in here. There is no social distancing happening in here!"

“Things as simple as keeping social distance, having adequate access to soap and sanitizers, that's all problematic in a prison,” Meghan Novisky, Ph.D., Cleveland State University.

“They need to be releasing as many people as is safely possible from prisons and jails,” said Novisky.

Mayle worries it's only a matter of time before they run out of personal protective equipment or PPE.

“We have enough PPE gear now. If this lingers two, three, four weeks, we're not gonna have the proper PPE,” said Mayle.

RELATED: 'Wear the cape and the mask': Dr. Amy Acton warns that masks aren't a substitute for physical distancing

RELATED: Trump says he believes NFL season will start on time in meeting with sports commissioners