A group of Grand Rapids artists are painting messages and imagery of healing and hope on the boarded-up buildings downtown. 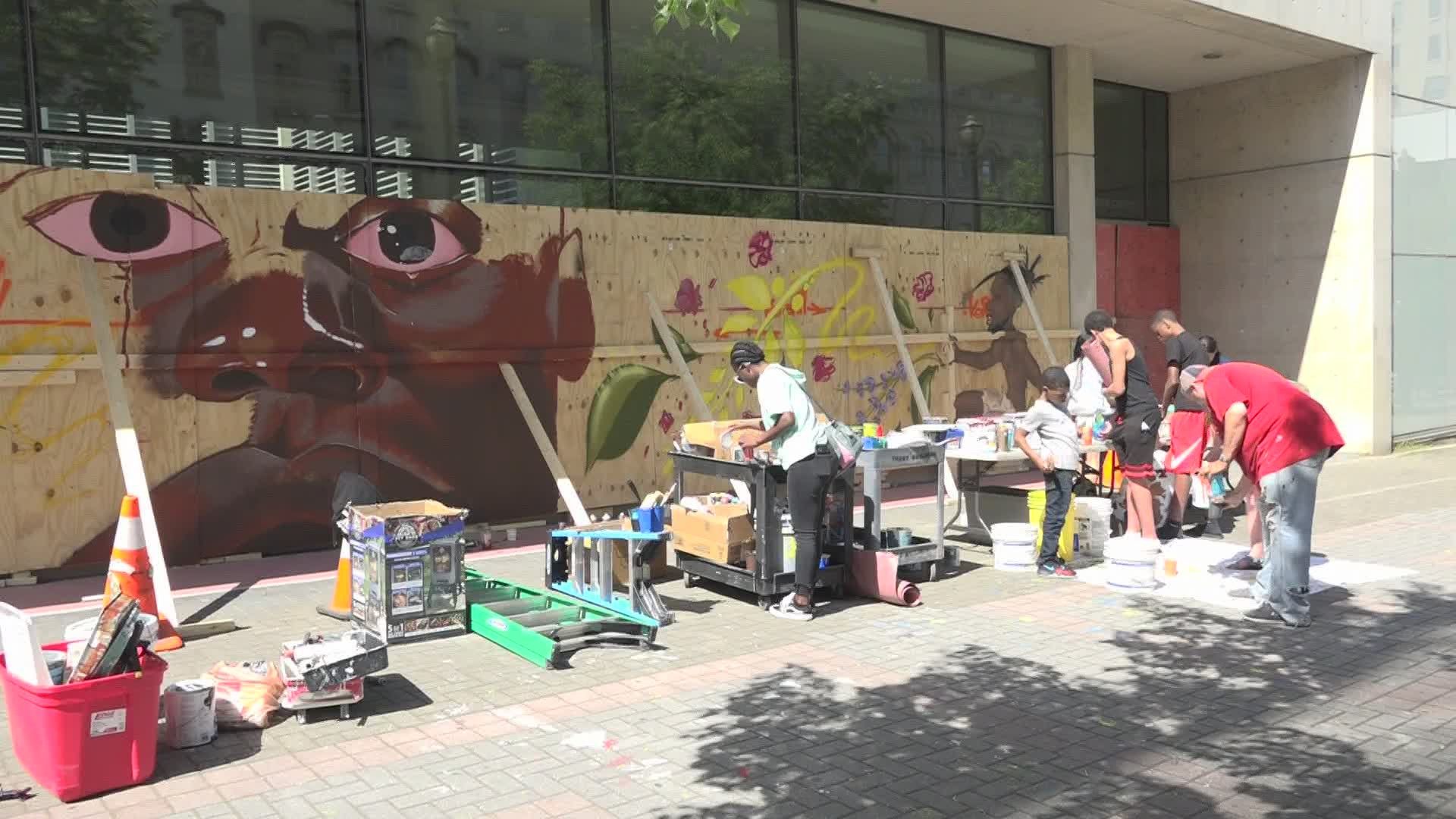 GRAND RAPIDS, Mich. — Nine days afters damage was caused to a number of downtown Grand Rapids businesses, hope and healing has taken over, thanks to many uncomfortable, yet necessary conversations being had by many, and by a newly-formed group that is letting its art do all the talking.

"It was put together in a matter of days," said Jasmine Bruce, who is one of the organizers and artists behind the "Windows Activation Project. "We started the idea last Wednesday and by Friday, we were out on the streets."

The group is made up of local artists who are using the large pieces of plywood covering broken downtown windows as a canvas for highlighting black stories.

"We're really trying to emphasize black voices and black stories," added Bruce. "Around 150 people signed up and at least 70 of them have been down here painting so far."

The group started by primarily focusing on Monroe Center, which sustained a brunt of the damage during a riot on May 30. While they're still working along that stretch, Bruce says many artists have started to paint on damaged businesses elsewhere throughout downtown.

"We have a lot of boards left to do," Bruce said. "Our mission is to take that trauma; take that energy and shift it into something that will be healing for the community.

"Black lives matter; black stories matter. We really want to emphasize that through art and create empowerment within the minority community."

Bruce added that while the art won't completely cover up the damage that was done, the art emphasizes why it happened.

"Many area businesses have come together to help fund and support this project," said Bruce. "Paint and painting supplies have been donated, and the artists are being paid for their time and effort."

Bruce says the project was scheduled to wrap up Monday, June 8, but because more buildings need art, they hope to continue through this upcoming weekend.

"If you have time, come down and help us," said Bruce. "Monroe Center has been transformed into a corridor of healing, allowing everybody who visits to learn and listen."

If you're interested in helping with the #WindowsGR project, you can visit the group's Facebook page, or you can send an email to: windowsgr20@gmail.com.