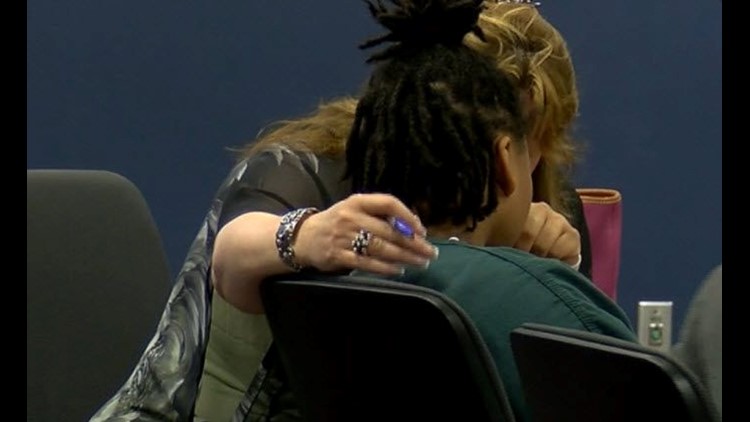 TOLEDO, OH (WTOL) - A girl who admittedly killed her brother with a shotgun when she was just 14-years-old will not be tried as an adult.

Tyanna Thomas told police that she shot her older brother Tommy after an argument over a PlayStation in December.

However, the judge determined that Thomas needs to say in the juvenile system. The judge said that 14-years-old is nowhere near the age of an adult.

The judge also said that Thomas's mother should have gotten her help for her repeated behavior issues.

"I think what swayed the court was by hearing from the mom how little she helped in this situation," said Lori Olender, Deputy Chief of the Juvenile Division. "And the lack of counseling and the lack of help."

Thomas has had previous run-ins with the law, but the judge feels that Thomas can be rehabilitated over the course of the next seven years - before she turns 21.

Thomas's family was present in the courtroom and was relieved after the judge's ruling.

"Hopefully things are looking up," said Tommie Antonio Wiggins, Tyanna's father. "I lost my son, but I gotta keep my daughter."

There is a chance the case could go to trial in the juvenile justice center, or the attorneys could work out an agreement on Thomas' sentence instead.

The state has asked that if Thomas commits a crime while serving time in the juvenile system that her case be handed over to the adult system given her criminal history.