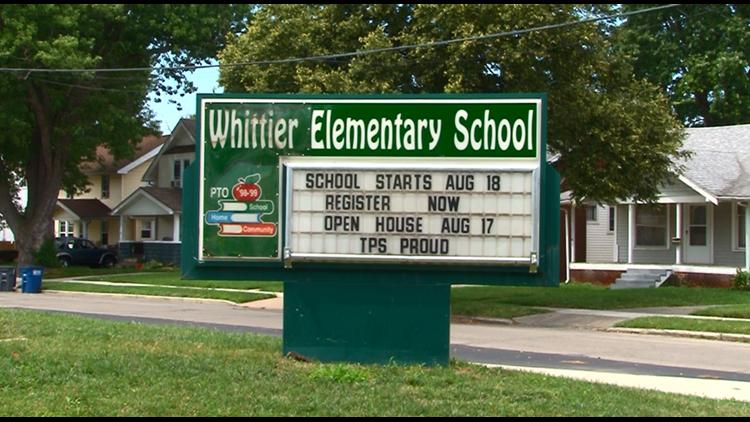 TOLEDO, OH (WTOL) - The Toledo community is coming together to remember an 11-year-old who took his own life this week.

Taquairius McDonald killed himself Monday, and many people are blaming his untimely death on bullying.

The young boy would have been headed to Whittier Elementary Thursday for his first day of school as a seventh grader.

"The students and staff at Whittier Elementary are saddened to learn of the passing of Taquairius McDonald. He was a vibrant young man with a winning smile and a positive attitude. Taquairius was known among the staff at Whittier as a student who was always willing to help others and who took pride in his school work. He will be missed by all who knew him," said Whittier Principal Eric Remley in a statement.

People who knew him describe Taquairius as an all-around good kid.

"He was a confident dude, funny, everybody like him. All the kids like him," said Brandon Copeland, founder of I Stopped the Bully.

Small in size, but mighty on the field for the Whittier Jets, friends say football was Taquairius' life.

"He was a great athlete," said Tommy Moreno, a friend of Taquairius. "He had a big future ahead of him in football and basketball."

Friends say it was one last run in with two kids that led Taquairius to take his own life.

"Just always messing with him," said Moreno. "He would be at the park playing, and they would punch up on him."

Brandon Copeland, founder of I Stopped the Bully and an advocate for anti-bullying knew Taquairis.

"Being around him, he never gave off any energy to be that target," said Copeland. "But that is just normally how it goes."

Leading into the start of school for so many kids, those who knew and loved Taquairis hope his death helps to send a message that bullying is real and needs to stop.

While the superintendent of Toledo Public Schools, Dr. Romules Durant, says he isn't aware of any bullying while Taquairius was in school, he is speaking out against bullying.

"There is an anonymous box if there's anything happening that you don't want to show it yourself, but you can put it into a box where
a counselor collects every morning to see to it and make sure that conversations are being had and addressed in a way that's appropriate," said Dr. Durant.

A vigil for Taquairius took place Wednesday night at 7:30 at Willys Park on the football field.

Counselors will be on hand at Whittier Elementary Thursday morning for any kids who may need it.