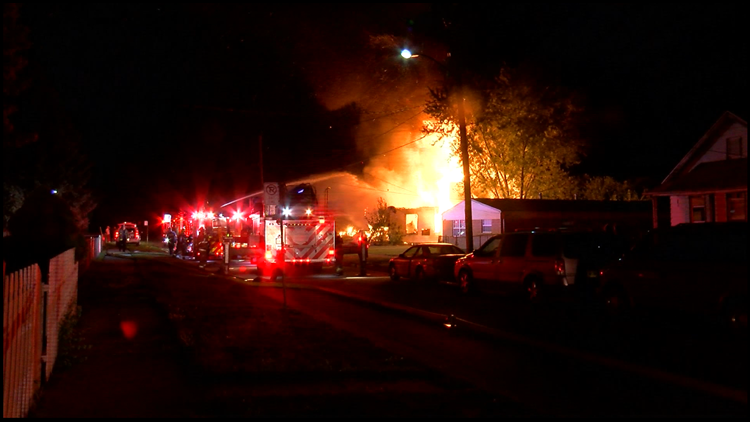 Flames shot 50 feet into the air at vacant house fire

TOLEDO, OH (WTOL) - Crews were on the scene of a vacant house fire in east Toledo Sunday night.

The fire occurred on the 2600 block of Norwalk Street near Wheeling Street.

Flames were shooting more than 50 feet into the air when crews arrived to the home.

Officials said they have trouble with low-water pressure from two different fire hydrants they were trying to use.

The remainder of the house will have to be torn down.

The fire also did damage to the exterior of an occupied neighboring home.

Officials say the fire has been deemed suspicious.