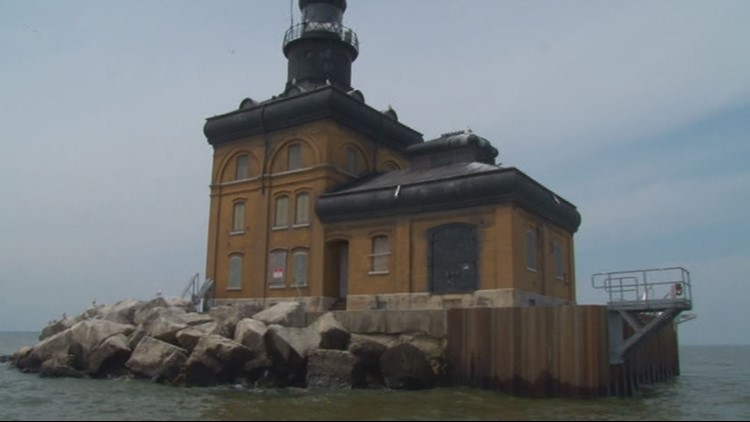 The lighthouse opened in 1904 marking the entrance of the Toledo Shipping Channel where Lake Erie and Maumee Bay meet.

It's been vacant for over fifty years.

"Seeing the Toledo Lighthouse doesn't get you confused with others. It's extremely unique," said Sandy Bihn of the Toledo Harbor Lighthouse Preservation Society.

The society continues raising money and making improvements to the structure with the hope of someday re-opening it in the summer months to tourists.

"Lighthouses are amongst the most popular tourist attractions in the country. People from all over the world would come here," said Ms. Bihn.

The festival features a row of arts and crafts booths featuring paintings of lighthouses.

Re-enactors like Carl Jahn describe the desolate, lonely life of a lighthouse keeper.

"It was a lot of work. These guys had to work all day long cleaning the lens, the windows, painting the towers, maintaining the grounds," said Jahn.

Marilyn Wuest has fond childhood memories of the lighthouse keepers on Lake Erie.

She and her parents would deliver food to them on Sundays.

"Sitting out in the middle of the water like that on the crib. It was really exciting. Got to crawl up a ladder to the deck and it was fun," said Wuest.

Raising money is a work in progress for the society.

It's hoping to get a half million dollar gr ant in the coming year.

The festival not only raises money but the profile of the beautiful Toledo Harbor Lighthouse.

Admission is free but a $3 donation is appreciated.

Weather permitting, one hour boat trips to the lighthouse will cost $30.00.