Behind the scenes stories of Disney’s live-action redux of the animated classic. Travel and accommodations provided by Walt Disney Pictures 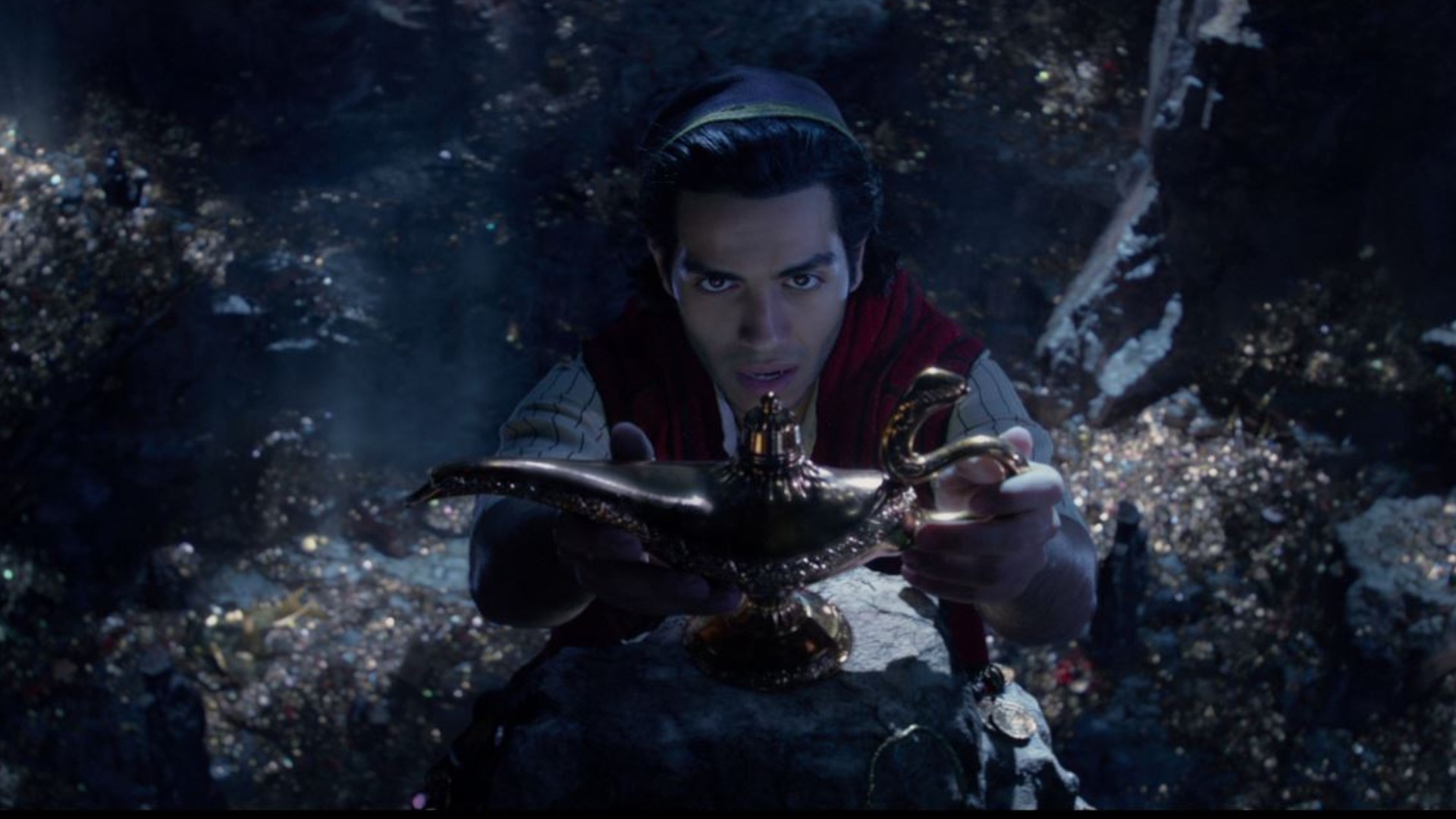 BEVERLY HILLS, Calif. — To play Aladdin, a character he grew up watching, Mena Massoud had to do more than just be charming. He had to act, sing, dance, do stunt work, and even juggle.

“It was an experience of a lifetime,” he says

Will Smith may be taking the biggest risk on this live-action remake. He plays the genie, a character made famous by Robin Williams. Smith was understandably cautious.

“I'm asking myself is there any meat left on the bone,” he says, when asked about the getting offered the role. Smith would find his character by taking cues from his persona on the TV series "Fresh Prince of Bel-Air"

Director Guy Ritchie spent some of his time encouraging Smith.

Ritchie may be best known for his British gangster films but now he’s directing huge musical numbers with live animals that require extra time between takes.

“These camels had to walk around in a circle which, by the time you got them all back in their original positions, took an hour and a half before we could have another take,” he remembers.

“I had no idea that the most physical part of this movie would be the magic carpet scene,” she says.

“We were stuck on the carpet,” says Massoud. “ It was 30 feet off the ground and we'd often have to do each other's makeup and touch each other up there because nobody could get to us.”

Scott and Massoud killed their chemistry audition together and have become fast friends.

“We connected instantly and then we'd hang out all the time and eat food,” says Scott. “Everything always revolves around food.”

We offered the co-stars one wish: something from the set of Aladdin. Massoud chose the lamp.

“I would like that. I've asked for it and haven’t gotten it, so see what you can do,” he laughs.

For Scott, it's a certain sweet treat.

“All the Turkish Delight on set,” she says. “Yeah, it’s always food for me,  literally.”

Aladdin is available on DVD and Blu-Ray starting on September 9th, 2019.