She stars in her directorial debut 'Land,' which is now out on Blu-ray and DVD. #k5evening 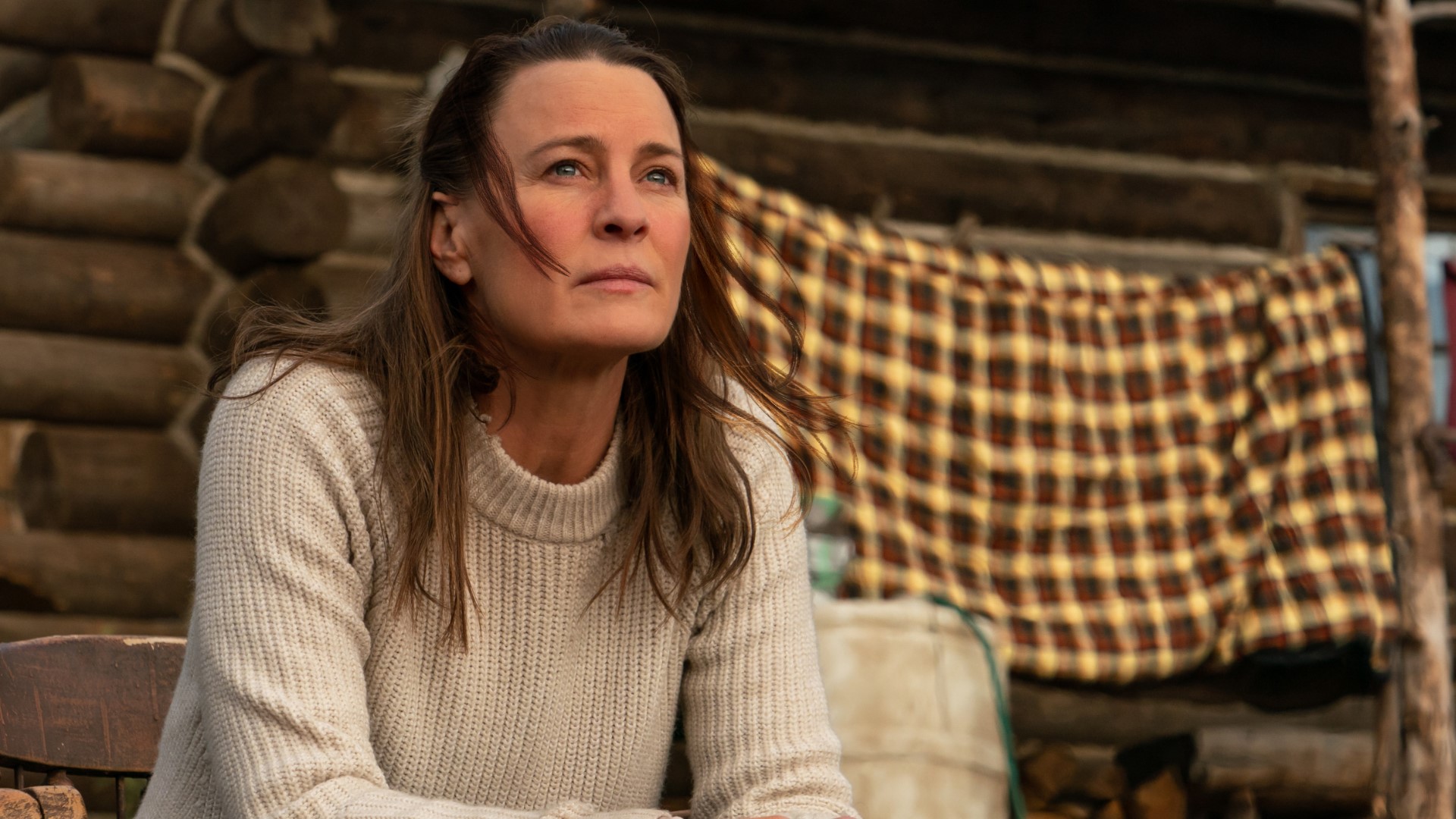 SEATTLE — Escaping into the quiet of nature to heal is central to the story of Land - but it didn't make shooting the film an easy task.

Robin Wright both starred in and directed the movie – her first feature.

The story of survival spans two years - but due to budget limitations, they shot everything in less than a month.

The production was also based on location, in a remote area atop a mountain.

The challenges make the end result that much more impressive. Land is a stunning and smart film about loss, grief, internal strength, and the power of human connection.

Entertainment reporter talked to Wright and Bichir about making the film, skills they learned, and the most famous movie they’ve never watched.

HOLCOMB: "After I watched the movie, when I got in my car, I turned off the radio. I needed silence. Am I doing it right?”

WRIGHT: “Oh, I love hearing that!"

HOLCOMB: “Why is silence so powerful?”

WRIGHT: "We distract ourselves all day long, every day, with our devices. When you have that quiet - that's what it was like shooting this movie. The producer and I chose to live on the mountain in our trailers at base camp, right behind the cabin, for that very reason - to be in the quiet."

HOLCOMB: "In an interview, Robin called you a 'Chatty Cathy' in real life. So I'm wondering what's the longest period of time you've ever gone without talking to someone?"

BICHIR: "No, I'm very quiet! I only talk a lot when I feel comfortable, you know. When I see a friendly face in front of me. I spend great amounts of time in silence. I work with my own music a lot, so I spend hours sometimes just fooling around with the guitar and piano. And just the quiet moments, I appreciate that so much."

HOLCOMB: "When the opening credits are rolling, we see you behind the wheel when it says ‘directed by Robin Wright.’ Coincidence, or intentional?"

WRIGHT: "No, we ran out of song. (laughter) The opening title sequence song is over, and that’s the card – it goes there, because ‘director’ generally comes last.”

HOLCOMB: "It felt like a perfect metaphor - you, in the driver's seat.”

WRIGHT: “That's really cool, I didn't even think about that! There you go."

HOLCOMB: "Do you do everything the hard way? You're directing your first feature film, you're also starring in it, it's on a super tight timeline, and you're in the most unpredictable wilderness situation.”

WRIGHT: "It was a one take situation. We didn't even have time to do two takes most of the time, we were in such a rush. We had 29 days to shoot this movie, let's go, let's go. We did make it more difficult for ourselves by building that cabin on the mountain, 8,000 feet up in Alberta Canada. But it wouldn't have felt authentic otherwise."

HOLCOMB: "Based on what you learned filming this movie, how long do you think you could actually survive on an isolated mountainside?”

BICHIR: “Woo-hoo! I don't know, I think I could do it. I think it could do it. I would become vegetarian though, because even though I learned how to hunt and skin a deer and all of that, I'm not sure I could actually shoot those guys.”

HOLCOMB: "In the film, Miguel has never seen Star Wars so I have to ask - which super famous film have you admittedly never watched?"

WRIGHT: “I know. And I love those actors, have never seen Titanic. It's crazy. People can't believe it."

HOLCOMB: “You haven't seen a film that you are in?”

Land is out now on Blu-ray and DVD.