Thanks to a grant from the City of Toledo, instructors will be teaching kids of all ages to play the drums at each of the parks on Wednesdays. 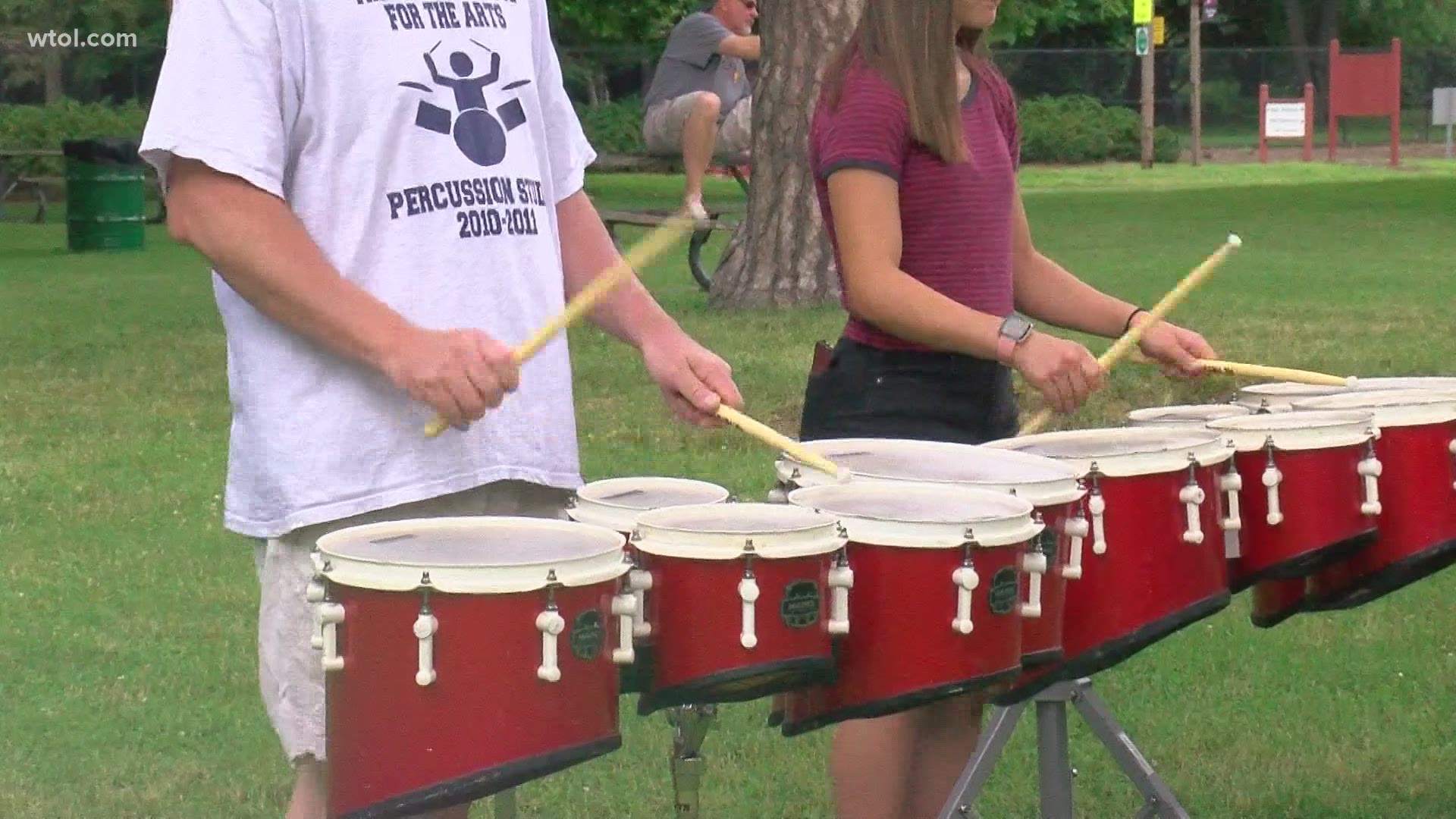 TOLEDO, Ohio — Editor's Note: An earlier version of this story stated the program met on Wednesdays at Walbridge Park. The story has been updated to list that the five separate drumlines meet at five different city parks throughout the week.

For the next six weeks, Toledo School for the Arts will be creating drumlines at five city parks.

TSA Percussion Director Rob Desmond said the city put a large investment into making sure there are good instructors at each site.

After a year of the COVID-19 pandemic, he said he's excited for everyone to finally get back together and back on their drums.

"Now they can play drums with other people and they can see why we learn how to play all these patterns that we play. We can play them together. It's really fun," said Desmond.

Brooklyn Pasztor will be a freshman at TSA in the fall. She's been drumming for three years now and will be going right into advanced percussion.

"Especially in drumline and stuff. I've kinda been really drawn into it so I just kind of wanted to see what more I can play," said Pasztor.

The program is free and open to kids of all age groups. Desmond said you don't even need any experience.

"We obviously have some very small children here and we have some seniors in high school that are doing it, too, so you don't have to be a certain age group. Just take advantage, get out, get your kids out and play some drums," said Desmond.


The drumlines meet at five different city parks as follows: