Cole earlier this week helped a junior at the university stay in school after noticing his GoFundMe. 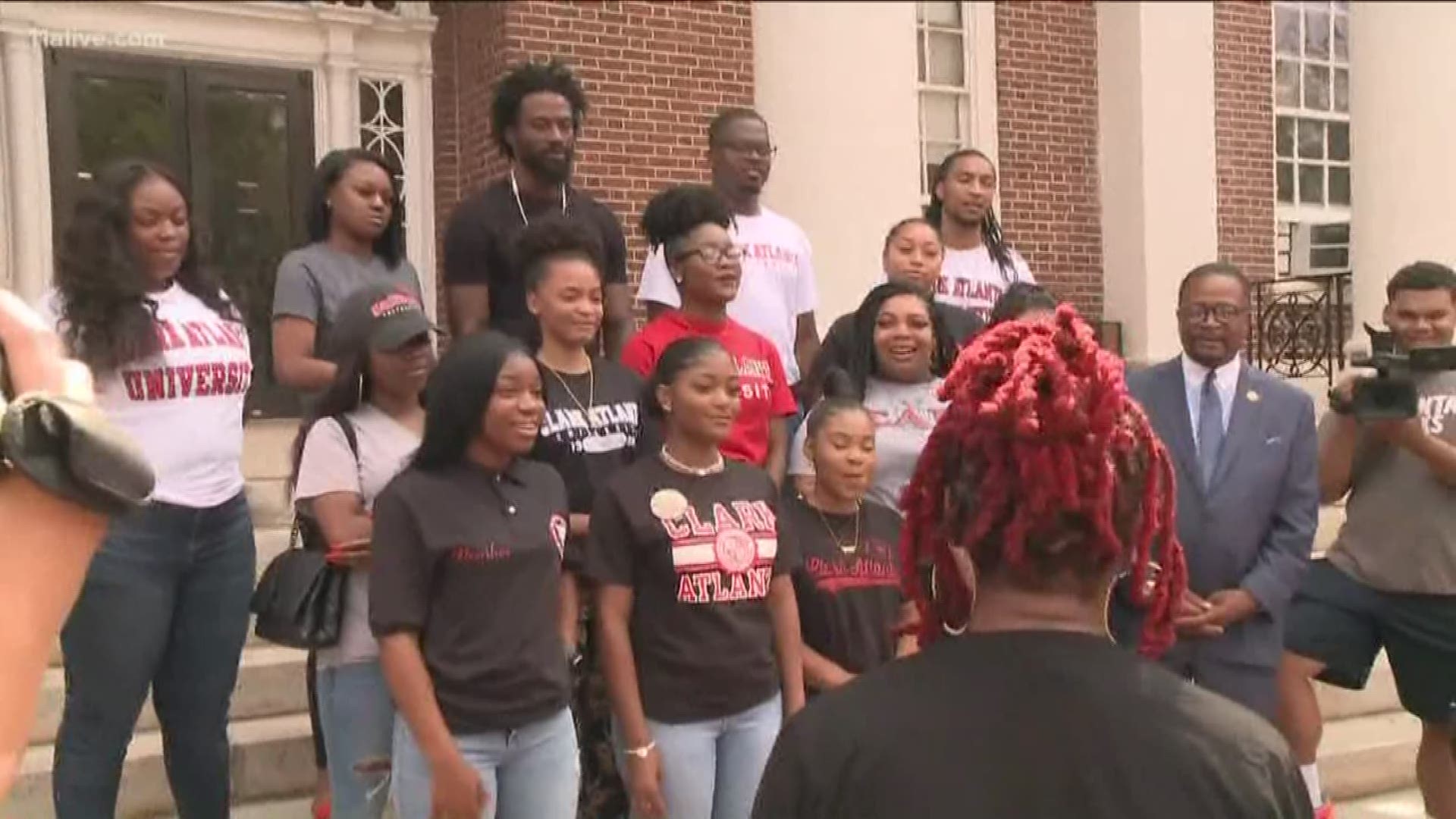 Pinky Cole, herself a Clark Atlanta alum, is helping pay the balances of 30 CAU seniors, giving them a clean slate before they graduate and step into the world.

"I've been in that situation trying to figure out how you're gonna pay for school and if it weren't for me becoming Miss Clark Atlanta University, I might not have been able to graduate," she explained.

Cole and another entrepreneur and fellow CAU alum, Stacey Lee, are arranging to pay for the students’ remaining balances.

"It's been a really really good day," Lee said.

The two met with the students at Harkness Hall at Clark Atlanta on Wednesday to formally make the gift.

"They were genuinely happy and now they can concentrate on their books and hopefully they will pay it forward also," Lee added. "I think they will."

"It just felt good. It felt rewarding," Cole said. "That's the biggest reward and success. it's not the fact that we paid the money but they're reactions and how they felt."

The group stood together smiling - some even with tears in there eyes. The students hugged and thanked the women for their generosity.

"And it's how you make people feel," she said. "They 'll never forget this for the rest of their lives. They'll remember that people came together to help and support them in achieving their dreams."

Earlier in the week Cole helped Khalil Perry, a junior studying mass communications at CAU, clear what he estimated was about $7,000-$8,000 in debt so he could stay in school.

Perry told 11Alive’s Nick Sturdivant that without the help, he would have had to return home to Texas. He had posted a GoFundMe that got Cole’s attention.

“I didn’t know where I was going to get that money from,” he said. “I literally just posted it and asked for help. And the right person saw it. Pinky, she hit me up in my DM and she was like, ‘What’s going on with school?’”

Perry said he was floored.

Khalil’s story is just one of many stories of college students struggling to pay for school. According to an NBC report, there are 43 million student loan borrowers nationwide.