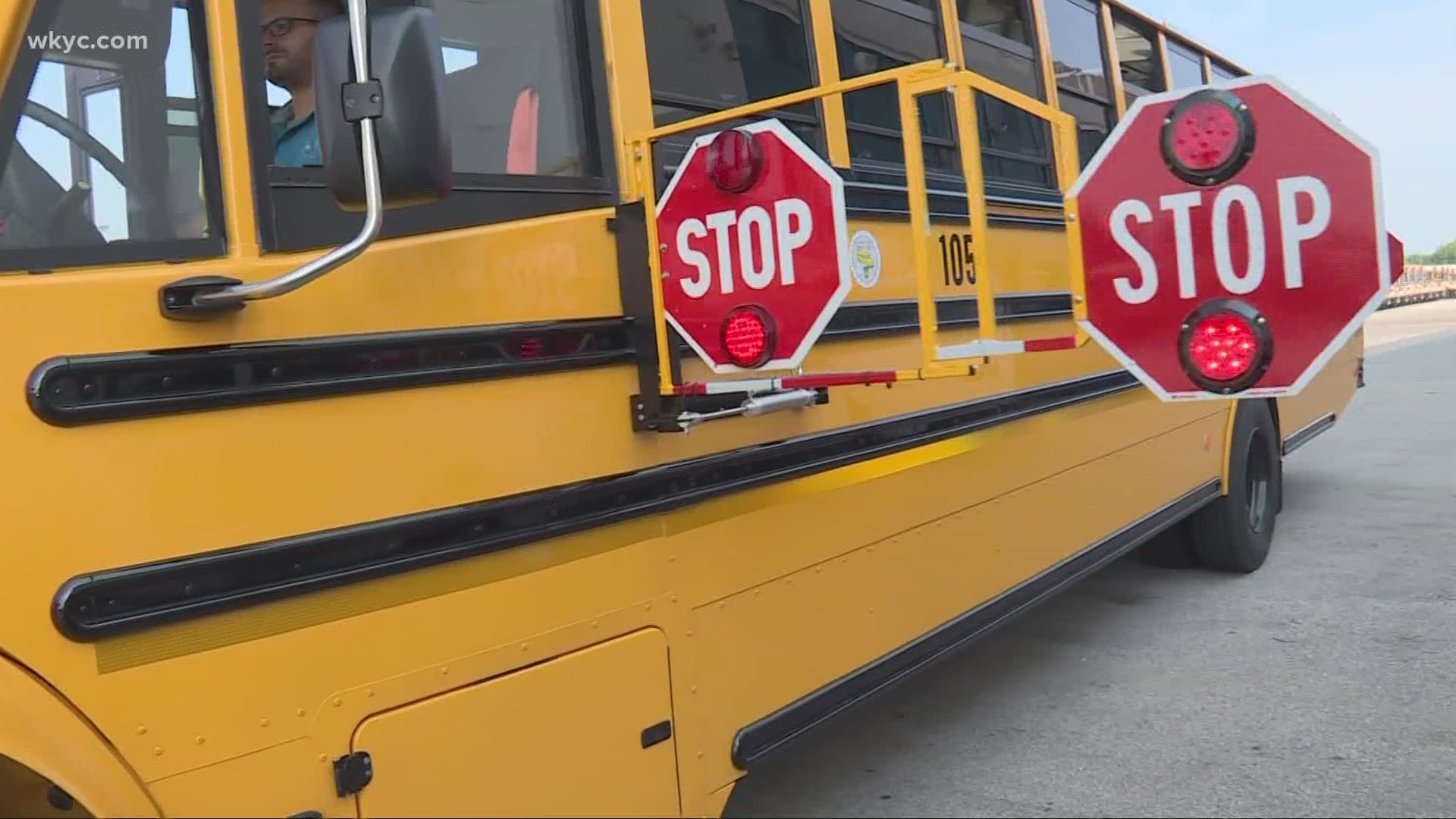 PARMA, Ohio — Districts around northeast Ohio have reported an increase in the number of drivers driving around school buses that are stopped for students who are entering and exiting. It’s a dangerous situation for students.

An example, back in May of 2019, two Willowick students were hit by a car while attempting to cross the street, the bus driver screaming and honking the horn to no avail.

“Everything that’s on the school bus in the state of Ohio needs to be approved by the highway patrol,” said Caputo. “This has been several years coming. And we’ve been trying to get these stop arms here to the state of Ohio for a while. And they just approved them here in July.”

The Ohio State Highway Patrol allows school districts to add 3-foot extended stop arms to buses that partially extend into the adjacent lane of traffic when engaged – making it more difficult for drivers to skirt the law.

“We’re trying to do everything that we can to keep our kids safe and make sure people stop for our buses,” said Caputo.

The devices are pretty low-tech but get the job done. They’re attached to a pneumatic arm that allows the extended stop stops to remain flat against the bus when deactivated, extending into the roadway when active.

Each device costs $2,150 and is able to be installed by district maintenance workers. They plan to install 10 of them to evaluate how affective the devices are before outfitting the entire fleet of more than 100 buses.

“I want to have a 0% passing rate,” said Caputo referring to the number of drivers who illegally pass stopped buses. “Once we get to that point, and if we see that it’s working, then we’ll start adding them on to the rest of the fleet.”

Other states, including North Carolina, Indiana and West Virginia have allowed for the use of extended stop arms in recent years. Some states allow for the arms to be as long as six and a half feet. Caputo says he’s already pushing for Ohio lawmakers to allow them to be longer than the 3-foot restriction currently in place.

In Mentor, cameras were installed on buses to catch drivers who violate the law. The extended stop arm will, hopefully, help keep laws from being violated in the first place.

“We’re trying to do everything that we can to keep our kids safe and make sure people stop for our buses,” says Caputo. “When you see the lights flashing, you need to stop.”