Breaking News
More () »
Back to Class 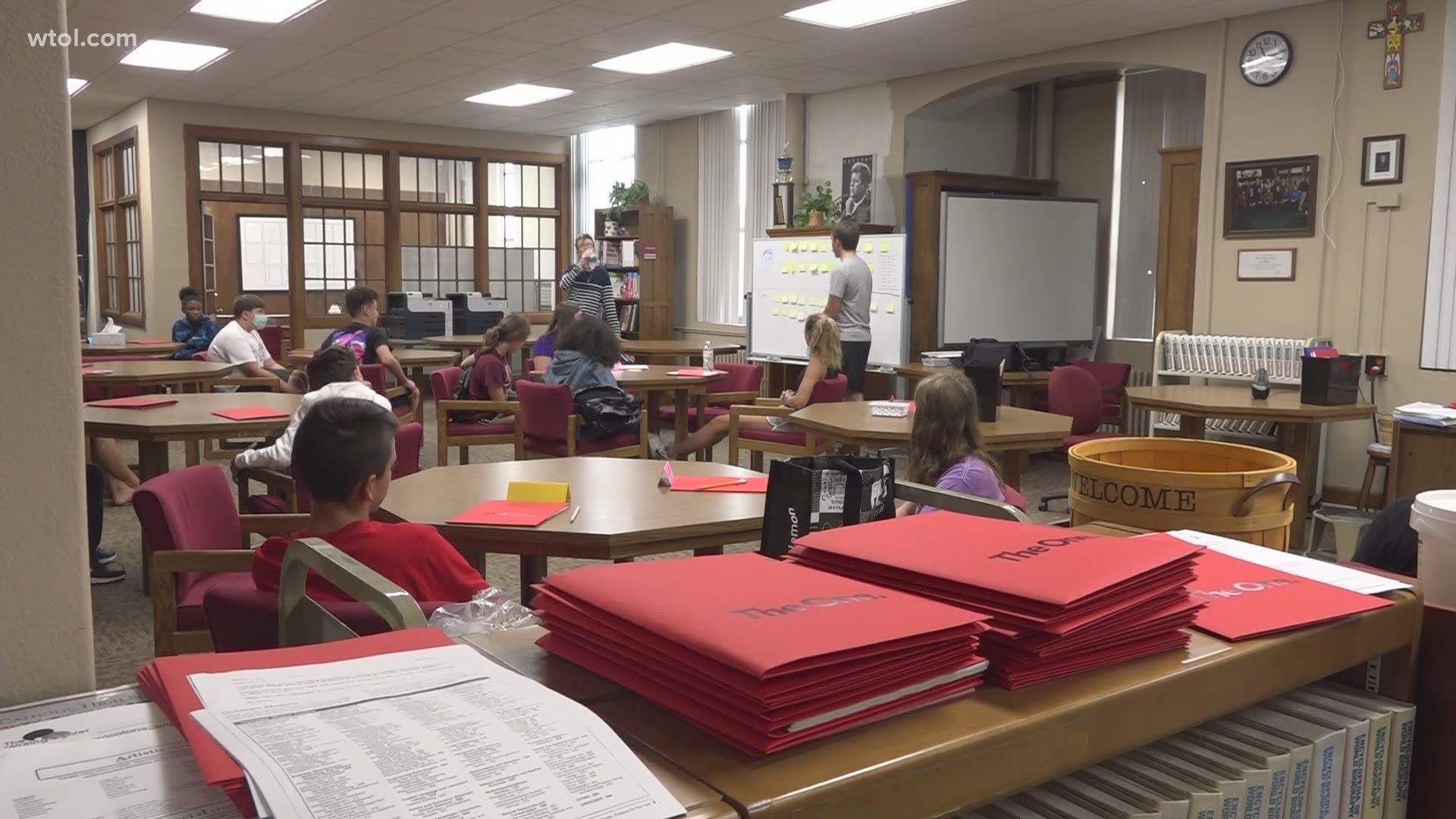 TOLEDO, Ohio — Freshman year of high school is a big change; new school, new teachers, more people. All of it can be overwhelming.

This July, Central Catholic High School is helping its incoming freshman prepare for the first day of school in August.

The program has been in place for years, but this year is the first time it's been required for incoming freshmen.

"To be able to capture the entire incoming class before they start in the classroom is so valuable, especially this year, coming off of COVID. Some of these students haven't even been in a classroom for 18 months," Assistant Principal of Academics Morgan Delp said.

The mandatory program gets the freshman class on the same page academically with sessions in math, science and English for a few hours each day.

"We make sure that they're all ready to go at the same point because a lot of them have come from different schools. So we don't know where they are, especially from online. Getting them started with the basics, just to make sure they all know the foundations, at least with science and math," Science teacher Robert Daine said.

The group of 60 also learn what student life is like as part of the Fighting Irish.

Current students serve as ambassadors to answer questions from the student's perspective.

"It's really scary for the freshman, so it's nice to be a leader and try to make it less scary for them because we know how it feels to be new, in this giant school and all these people are talking at you," Eve Anderson said.

Central Catholic says the program is a success each year and they plan to continue it.