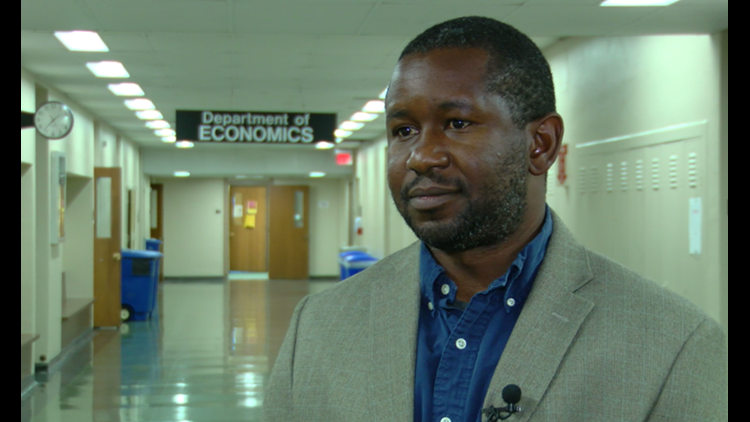 Economics professor tells investors not to panic in lieu of Brexit

TOLEDO, OH (WTOL) - When the markets opened Friday morning, the Dow took a nose dive - down 500 points in a matter of minutes.

Associate Professor of Economics at the University of Toledo, Gbenga Ajilore advises investors not to panic.

"Don't look at the stock market. Basically, there's going to be a lot of volatility over the next week, but it's gonna be steady as long as you have your companies like Apple, IBM, those big companies, you're gonna be fine," says Ajilore.

The UT professor says the bigger concern is what this means in terms of trade for the U.S.

"The EU is a huge trade partner. Once they leave, we have to figure out, 'how do we trade with Britain? What's gonna happen with the EU?' and because they buy our products, if this turns into a recession for them, that's gonna have an impact on us," he says.

Ajilore says with no precedent, it's too early to tell how it's all going to work out, but the answers won't surface until after a new Prime Minister takes office in the fall.

He also says this unexpected development should teach us a lesson about the upcoming election in November for the U.S.

"A lot of people talk about voting and how their vote doesn't matter because they're one person," he said. "This shows that every vote matters so I think the one positive is that to take the voting very seriously, to be informed, to understand what's going on."