Does 'Emergency Use Authorization' mean the vaccines have been approved by the FDA?

While the path each of the vaccines took to hit the market was different, doctors want to reassure everyone that they are safe and effective. 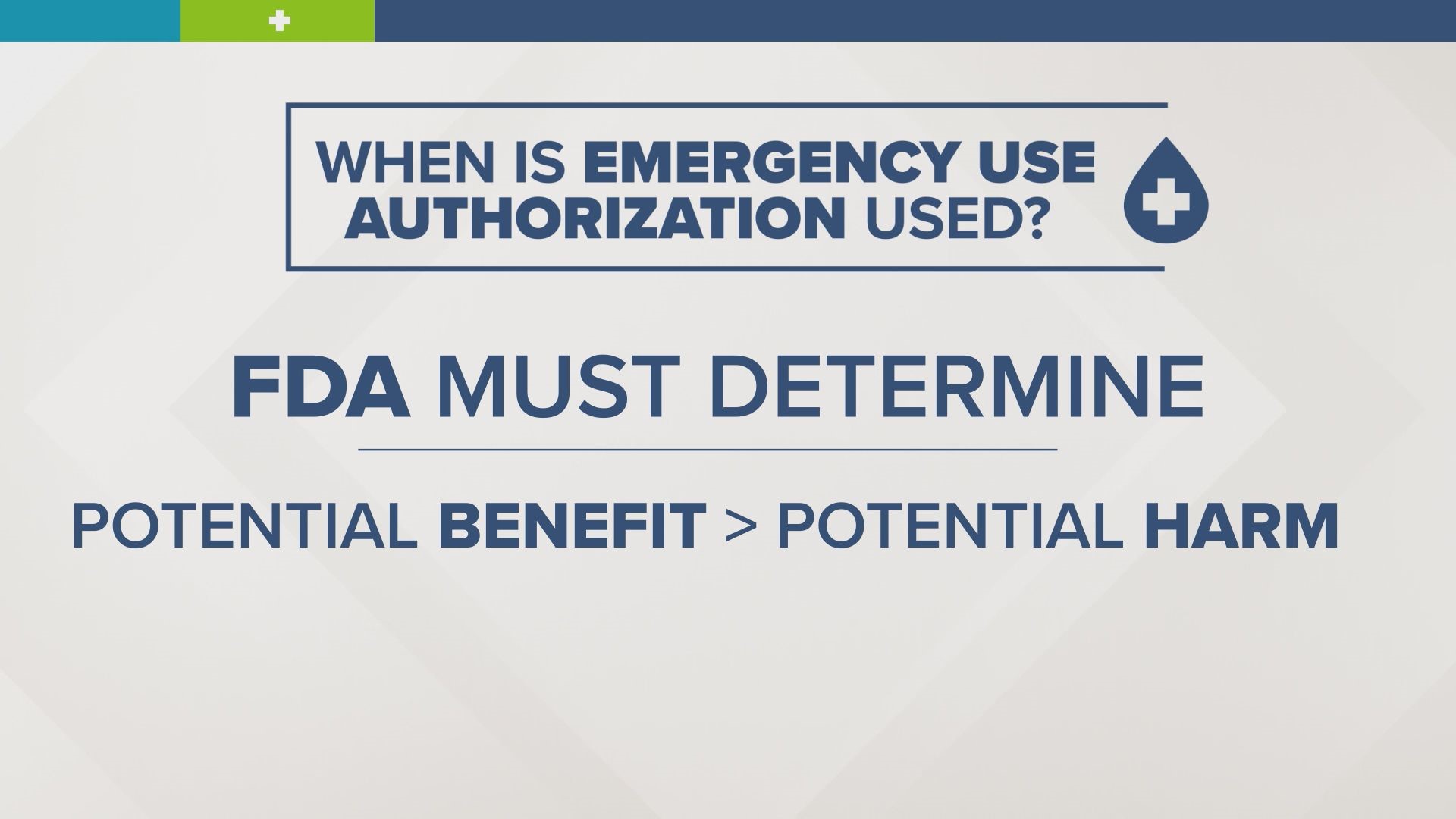 TOLEDO, Ohio — Distribution of the Pfizer, Moderna and now, Johnson and Johnson vaccines continues across the country. And as eligibility for the vaccine is expanded and more and more people raise their sleeves for their shot, the question surrounding whether the FDA has technically approved the vaccines continues to grow. The short answer is no, the vaccines are not FDA approved.

"The FDA approval is usually years, and what they do is gather 100% of the information they can get out there," said Dr. Kevin Casey with Mercy Health Toledo.

Dr. Casey said that information includes things like how the drug is made and how people who have been in a study on it for a number of years have responded to it.

So how did these vaccines get on the market? Dr. Casey says when there is an event that threatens the public, like a pandemic, the government can allow the use of what's called "emergency use authorization."

"What that means is, instead of gathering 100% of the evidence, we're going to look at the evidence that's out there now," said Dr. Casey.

RELATED: Over half of area teachers and school staff members have gotten COVID-19 vaccine

Dr. Casey says scientists and doctors then weight the risks of harm and the potential benefits in allowing the medication or shot to be distributed. If there is enough evidence to believe it will be safe and effective, emergency use authorization is granted.

While the way each of the shots hit the market was different, doctors want to reassure everyone that they are safe, and effective.

"We have plenty of evidence. And the evidence we have suggests these vaccines are very safe," said Dr. Casey.

Once the government determines there is no more immediate threat to the public, the emergency authorization expires, and the vaccines cannot be distributed, until they get the official FDA approval.