Anna Kolin was a student when 19-year-old Melissa Herstrum was killed by UT police officer Jeffrey Hodge in January 1992. She believes it could have been her. 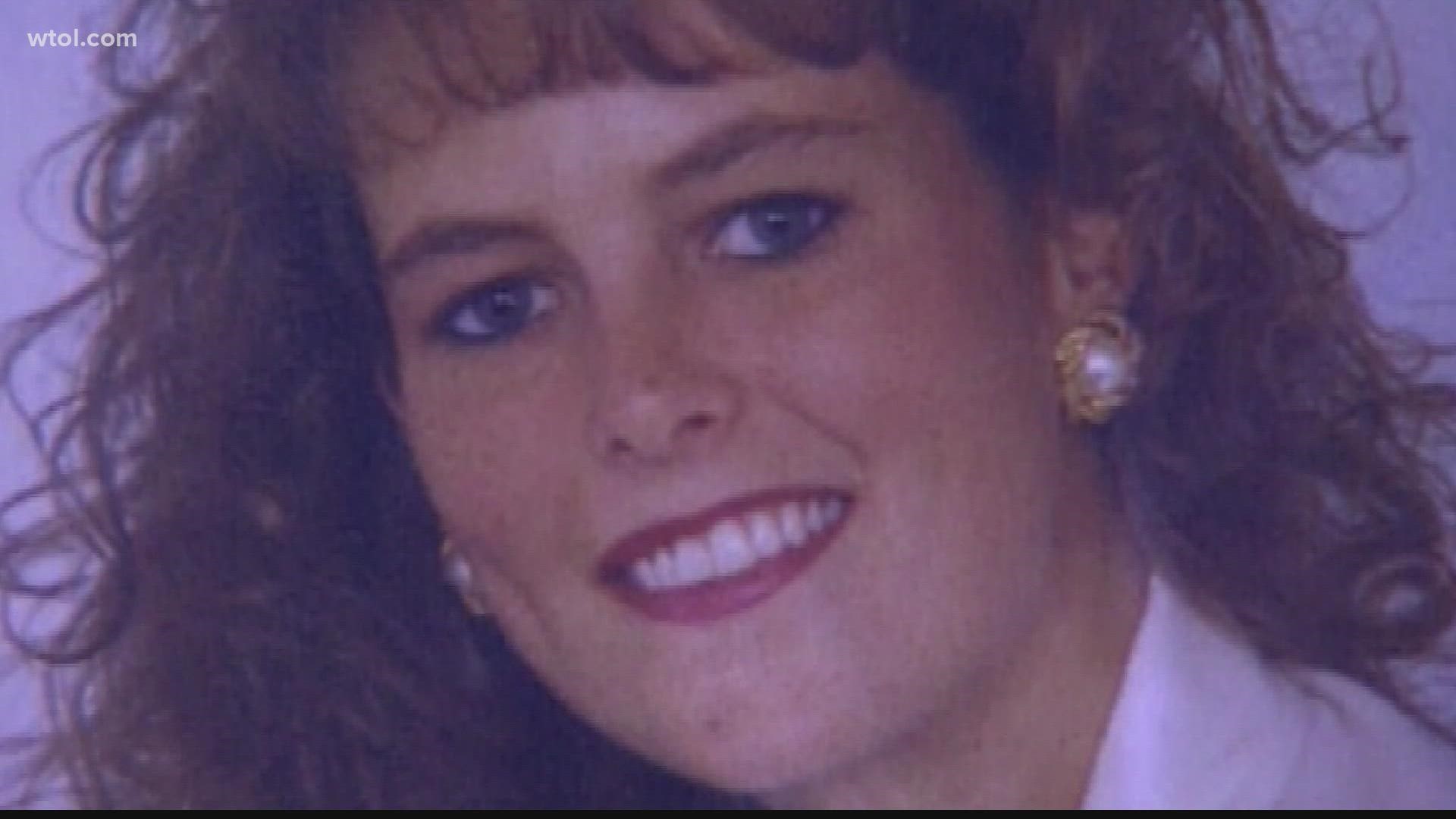 The board says it is reviewing the request, but has not made any decision just yet. WTOL 11 will bring you the latest on-air, online and on our free WTOL 11 News app once we receive the final determination.

Northwest Ohio is full of stories that no one will ever forget and that list includes the murder of a University of Toledo nursing student nearly 30 years ago.

Now, Herstrum's family and friends want her killer to stay locked up after they learned he will have his first parole hearing this month.

“There was nothing that I could’ve or my parents could’ve done to protect her from someone like you,” said Diane Clark-Herstrum, Melissa's sister, to Hodge during his sentencing in 1993.

It was on the Scott Park campus where Hodge took Herstrum on that frigid January night in 1992. He laid her in the snow and shot her 14 times in the head, neck and back.

But just 24 hours before that happened, Hodge stopped another UT student on the main campus.

And she believes there’s only one reason she’s alive today to tell her story.

What lasted just two or three minutes has stuck with Anna Kolin her entire life. She lived on campus at Parks Tower as a UT student in 1992. She still remembers the exact parking spot, next to the Glass Bowl, where Hodge stopped her at 2:30 on the morning of Jan. 26.

“Always remember it," Kolin said. "I was pulled in. It was the second parking space directly in front of the tennis courts because when he pulled in, he pulled in directly behind me and blocked me in.”

Kolin rolled down her window slightly and asked Hodge what she had done. She says he just kept asking her where she had been. She told him she was with her boyfriend at a local bar and music venue called Frankie’s and that he was coming to pick her up to go get breakfast.

Kolin remembered the interaction was very uncomfortable and felt off. She doesn’t remember doing anything wrong and believes she’s right because of what happened when her boyfriend showed up.

“By the time that he actually parked his car, the police officer had gotten back into his vehicle and had taken off very quickly," she said.

The very next night, Toledo police say Hodge pulled over Herstrum for an alleged traffic violation. She didn’t have her ID, so Hodge offered to drive her to her apartment. Instead, he drove her to the Scott Park campus and murdered her.

“It just was so raw and horrific, we just couldn’t believe it," Herstrum's sorority sister Heidi Goebelbecker-Goodwin said.

Goebelbecker-Goodwin was also a nursing student at the time. She and Melissa were sorority sisters at Pi Beta Phi. The Greek house held a memorial service for Melissa before police found her body and Hodge was there.

“He came over to the sorority house to try and 'console' us," she said. "When all along he knew he had committed this heinous, horrific, aggravated crime."

Almost 30 years later, she’s now a nurse and mother; two things she says Herstrum never got the chance to be.

“He took so many things when he made that choice in January," Goebelbecker-Goodwin said. "And that has just stuck with me my whole life."

Goebelbecker-Goodwin stressed that while police misconduct is not uncommon today, it was very unusual back in the 1990s.

“This was a crime committed by someone who was supposed to be protecting kids on a campus," said Peter Weinberger, who represented the Herstrum family in the civil suits against Hodge and the University of Toledo.

He took Hodge’s testimony in prison and remembers the admitted killer claimed he had blacked out and couldn’t remember killing Herstrum.

“I certainly remember absolutely no expression of remorse," he said. "And that really struck that here was someone who was doing time and had pled guilty."

Kolin still lives and works close to the university. But when she heard Hodge would be up for parole, her heart sank. She stressed she knows in her heart it could have been her and not Herstrum that night. And she thinks about it every day.

“I feel very blessed and very fortunate that things turned out the way they did," Kolin said. "And that I’ve had a wonderful 30 years and it’s crazy to think how fast those 30 years have gone.”

Herstrum's friends and family started a website, Melissaforever.com, asking others to write letters or emails to the parole board to keep Hodge behind bars. Something Kolin said should not be up for debate.

“You know this person who arbitrarily chose her to die that night, that he could then be potentially released, that is the more frightening thing," Kolin said.

Goebelbecker-Goodwin has told this story to her children. Her oldest, 23, now in college wrote a letter to the board this year - someone who never knew Herstrum - asking for Hodge to remain in prison.

She and Kolin both hope anyone who knew the fear and pain he caused comes forward to do the same.

“The best legacy to Melissa is to continue fighting for justice for her by keeping Jeffrey Hodge in prison for the rest of his life," Goebelbecker-Goodwin said.

If you would like to write a letter to the parole board, you can send it to this address:

If you would like to email, you can send it here:

“Hope they listen to the family and understand the need for keeping him where he is. I sincerely hope that they listen," Kolin said.

WTOL 11 did request an interview with Hodge, but he never responded.

Many are questioning why Hodge is up for parole, and why early.

Back in the 1990s, life without parole was not a sentencing option. The case against Hodge was mostly circumstantial evidence. His defense team negotiated a plea deal so he could avoid the death penalty.

Weinberger, the Herstrum’s civil attorney, says they never found the murder weapon, so the key piece of evidence was DNA from Hodge’s handcuffs. But DNA evidence was not as prevalent then as it is today.

“There were some concerns about the scientific basis for the DNA testing," he said, "so the prosecutors as I understand made the decision, rather than go to trial, to allow him to plea."

Almost 30 years later, Hodge is eligible for early parole because of good behavior. Weinberger says the fact that he did not help investigators and has shown no sign of remorse should be factored into the parole board’s decision. 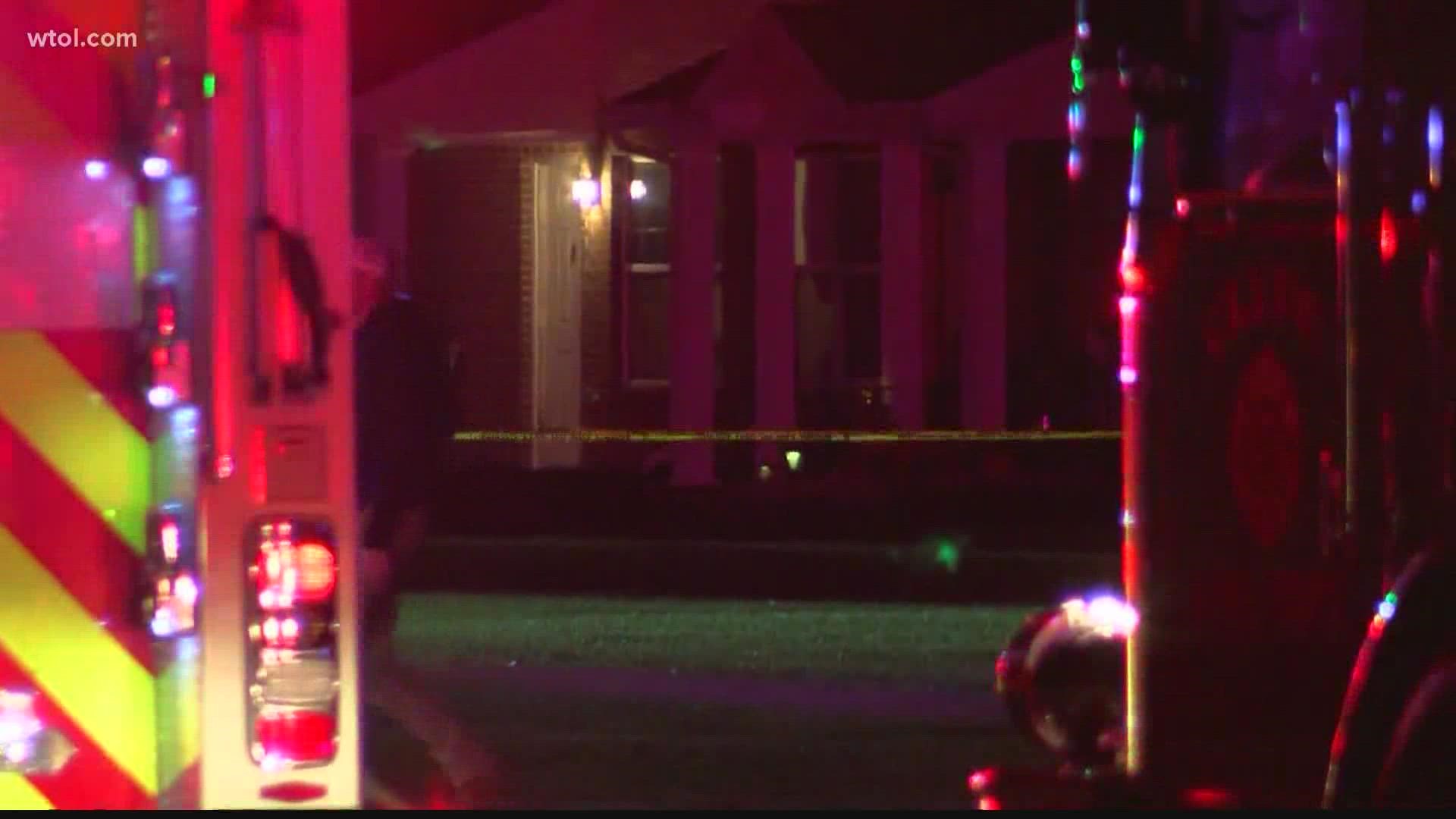