Ashley Roderick was indicted on a single count of fifth-degree animal cruelty. The 9-month-old dog was surrendered 'almost dead' to pit crew. 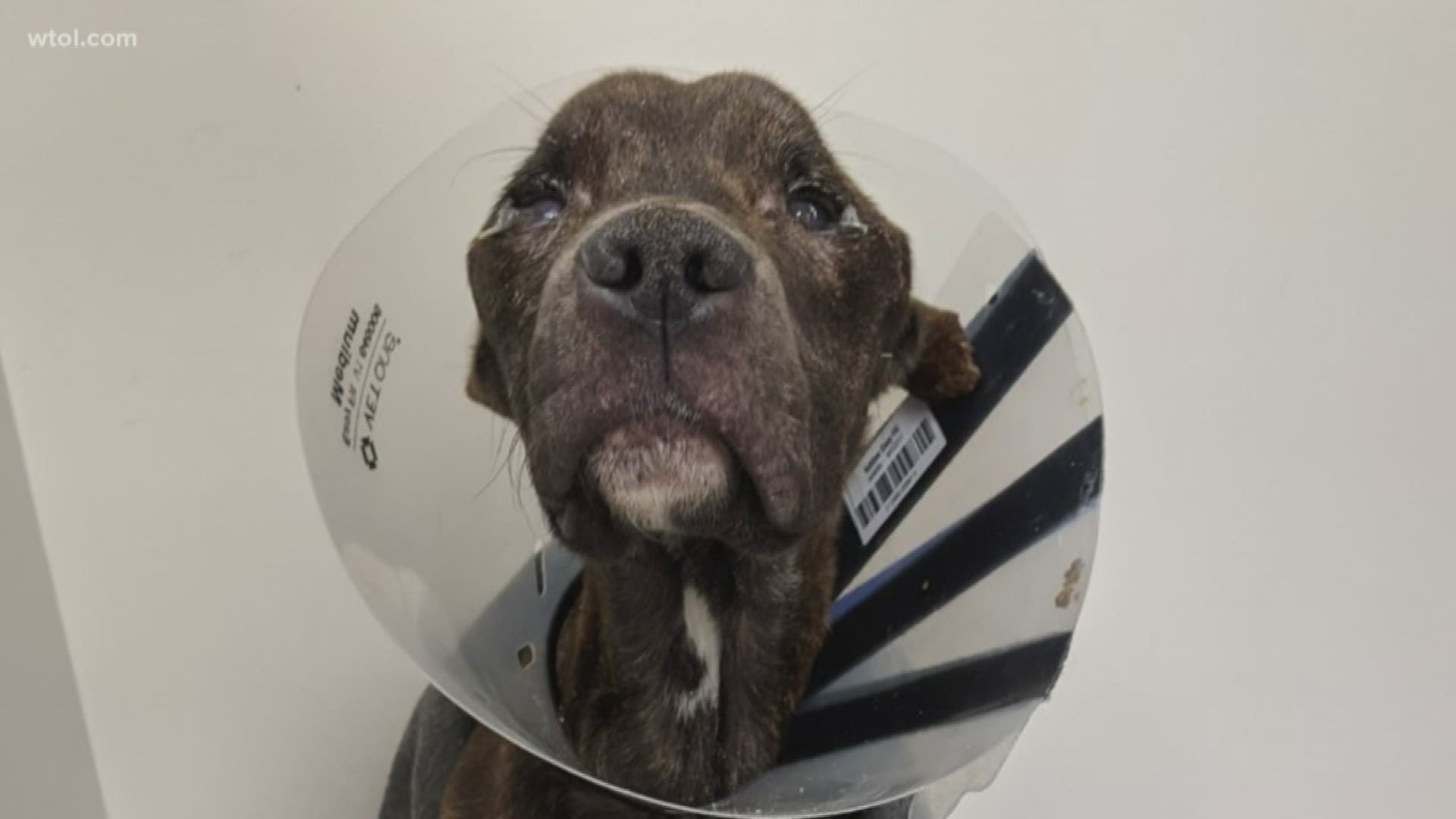 TOLEDO, Ohio — A woman was charged with felony animal cruelty on Tuesday after she surrendered a dog that was described as "almost dead" to the Lucas County Pit Crew in early December.

Ashley Roderick, 29, is out of jail on supervised O.R. bond and was ordered to get a mental assessment. She is scheduled to appear in court March 3 at 9 a.m.

The 9-month-old dog, Bogey, was severely dehydrated, emaciated and suffering from several infections when he was taken in.

Court records indicate that Roderick failed to get Bogey the medical help he needed.

Since he was surrendered, Bogey has been in the care of the Lucas County Pit Crew. Volunteers have been diligently nursing him back to health.

The case has drawn major interest from the public. A Facebook event was created called "Justice For Bogey," and members coordinated a protest to show support for the abused dog at Roderick's arraignment Jan. 16.