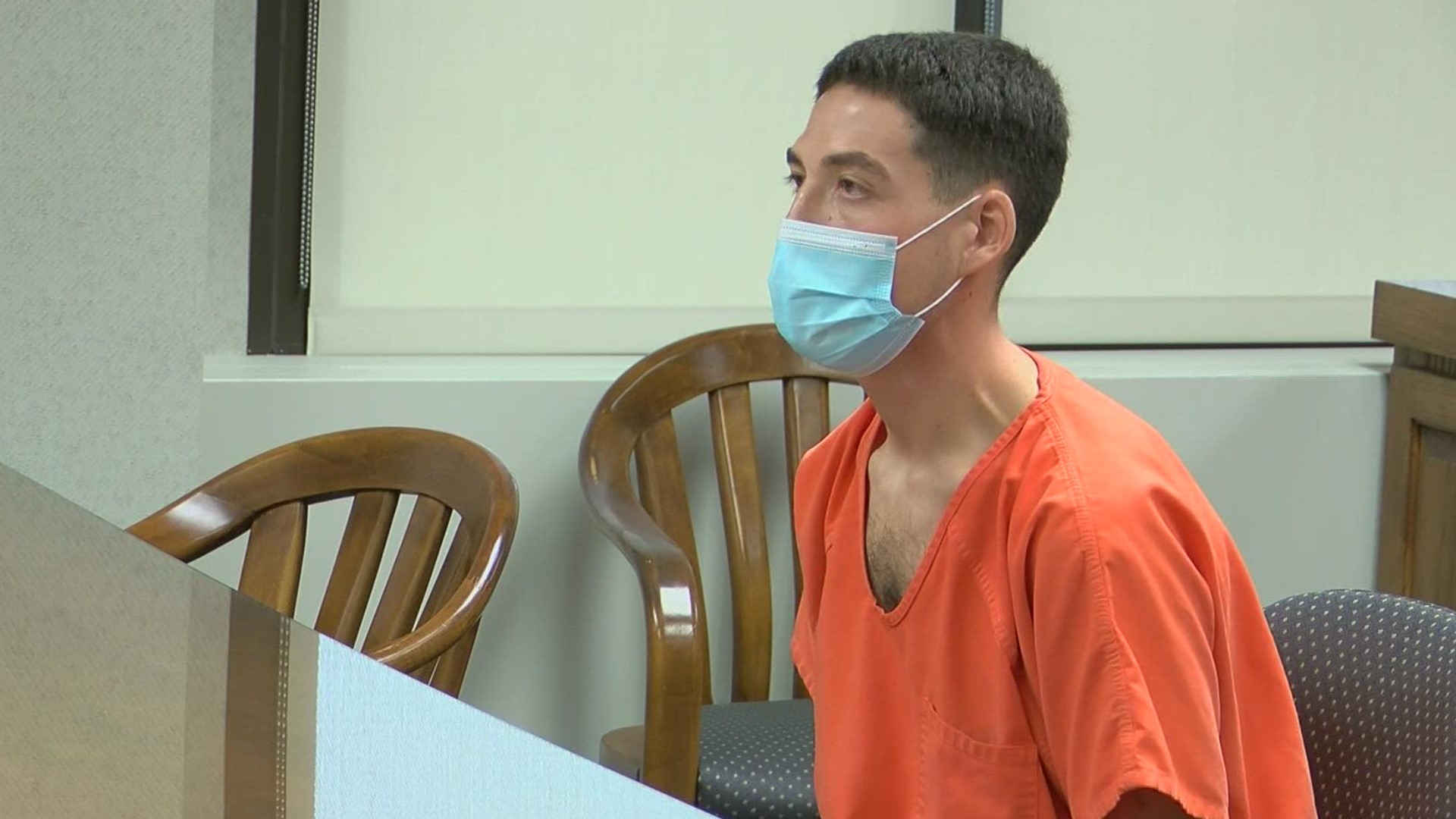 BOWLING GREEN, Ohio — One of the men facing charges in the hazing death of a former Bowling Green State University student was arrested Wednesday.

An arrest warrant was issued last week for Jacob Krinn, charged in the hazing death of former Bowling Green State University student Stone Foltz. According to court documents, Krinn, of Delaware, Ohio, violated the conditions of his electronic monitoring program.

The Wood County Prosecutor's Office confirmed Wednesday that Krinn was found to have consumed alcohol, which is against the terms of the monitoring agreement.

Krinn turned himself in Wednesday and was held at the Wood County Jail. The Wood County Adult Probation Department issued the warrant on Friday.

On Thursday, he appeared in court and was released on an own recognizance bond. Krinn will be back in court early next month for his pretrial hearing.

Foltz, 20, was found unresponsive March 4 inside his apartment by his roommate. An investigation determined he was involved in an alcohol-related hazing incident earlier that night at the Pi Kappa Alpha fraternity, also known as PIKE.

Foltz was at a new member initiation, where new members, known as "littles" and who were almost all underage, received "bigs" or mentors, who allegedly gave their littles high alcohol content liquor and instructed them to drink the whole bottle.

The roommate performed CPR until EMS arrived. Foltz was taken to the Wood County Hospital and later to Toledo Hospital, where he died on March 7.

The coroner said Foltz died of fatal ethanol intoxication. His blood alcohol content, or BAC, was 0.394, according to the family, who said it was likely even higher immediately after the alleged hazing ritual.

Seven others were charged in Foltz's death. Niall Sweeney, of Erie, Penn., pleaded guilty last month to tampering with evidence in an agreement to drop an involuntary manslaughter charge.

All other defendants pleaded not guilty to all charges and are awaiting trial.

Stricter penalties for hazing are now in place throughout Ohio as Collin's Law took effect Oct. 7.

The legislation elevates a general hazing charge to a second-degree misdemeanor, and aggravated hazing to a third-degree felony. The bill was reintroduced in March after the hazing death of Bowling Green State University student Stone Foltz, and signed by Gov. Mike DeWine in July.

Collin's Law was named after former Ohio University student Collin Wiant, who died after a hazing incident in 2018.