A third student had their case continued at the request of their attorney. 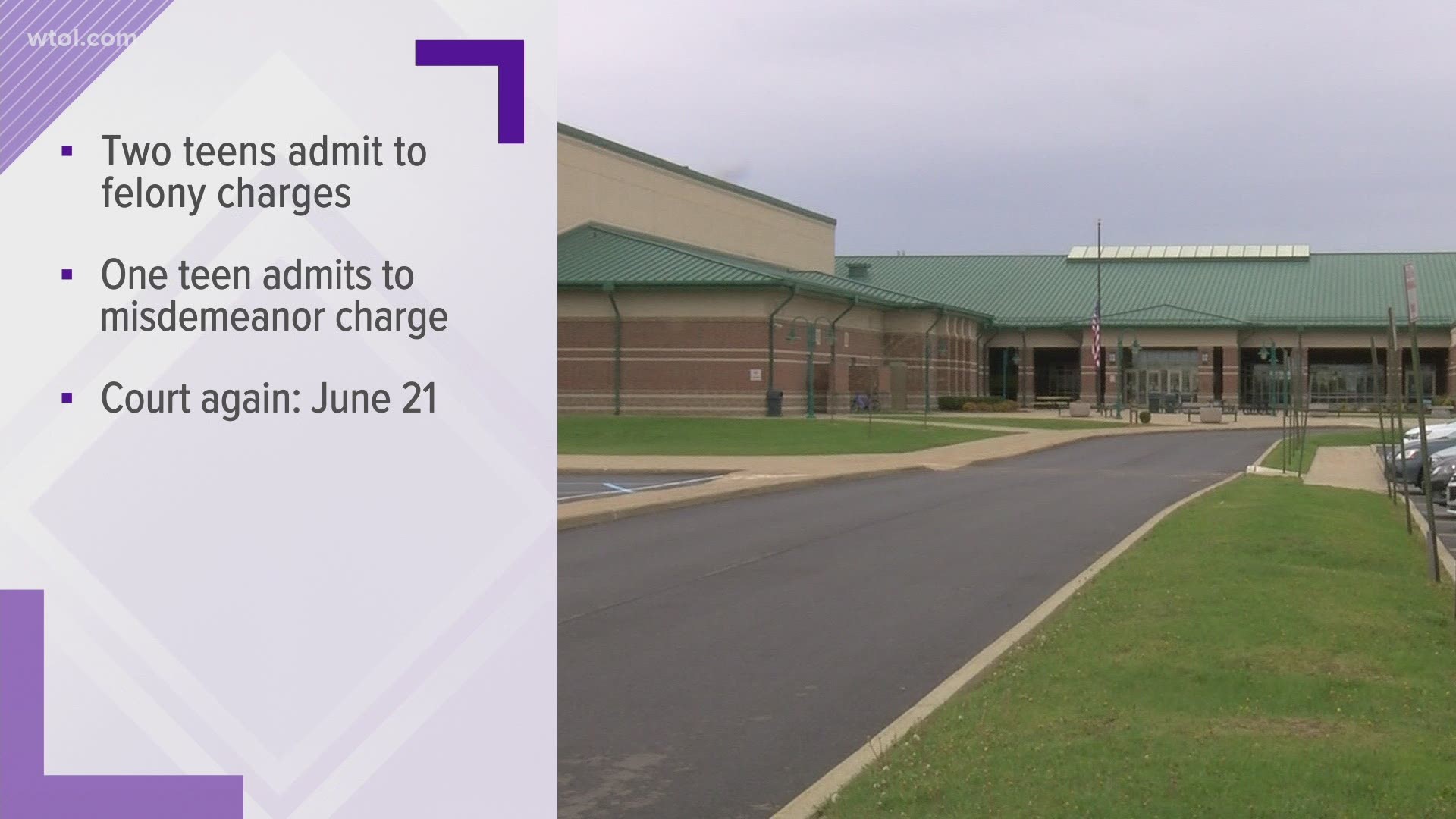 A third 15-year-old had their case continued at the request of their defense attorney. That student is due back in court June 21 and remains on electronic monitoring.

WTOL does not name minors charged with crimes unless they are charged as adults.

The three students were arrested in April after school officials and police uncovered "preliminary planning" by the students to possibly harm others at Perrysburg High School.