The suspect insisted it was just a burrito, according to TSA officials. But officers said the X-ray didn't look right. 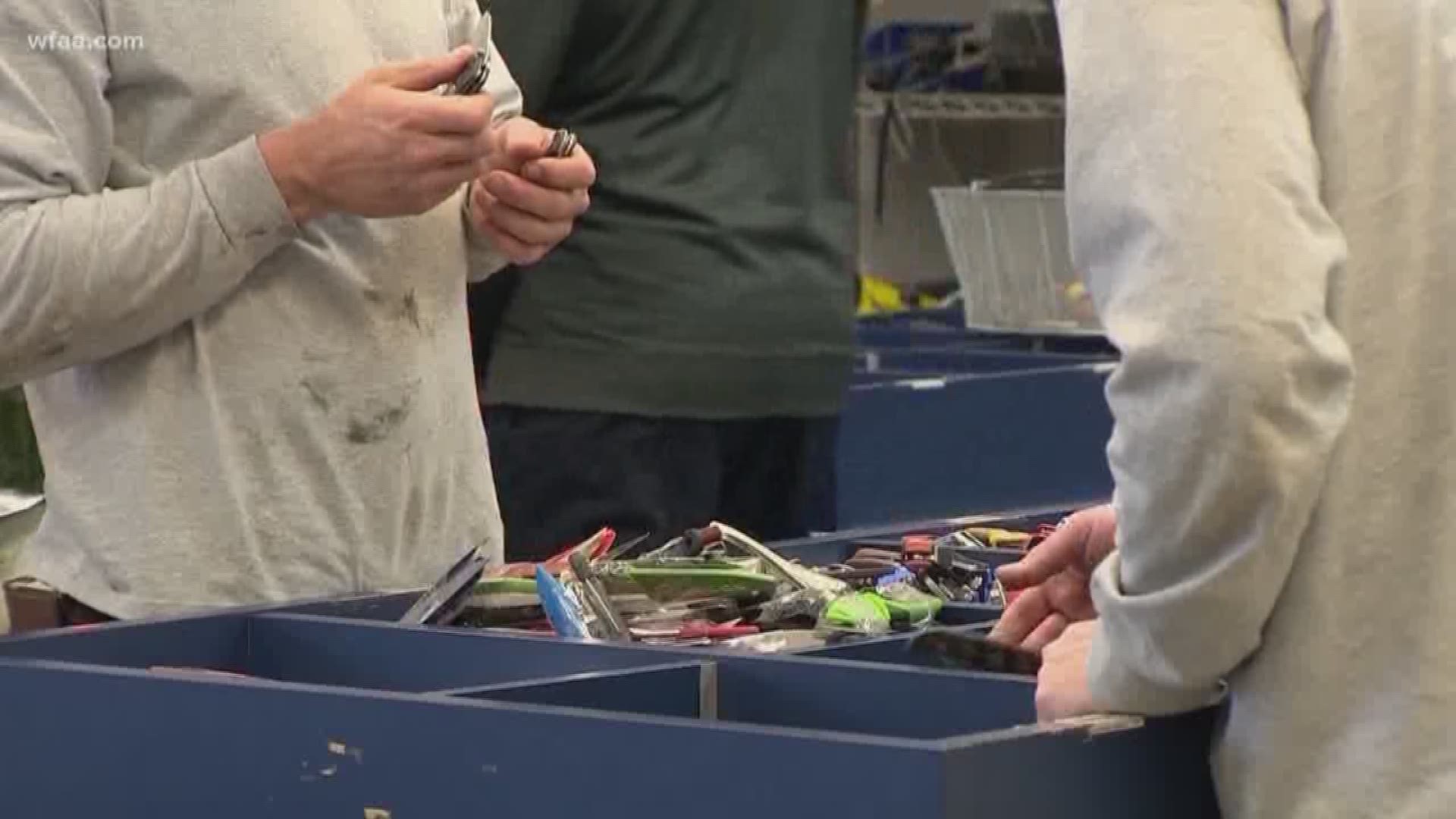 HOUSTON — Officers with the Transportation Security Administration say they recently discovered an unexpected and illegal item inside a breakfast burrito at a security checkpoint: a lump of crystal meth.

Note: the video in this story is from a 2019 broadcast — just what happens to all the items that TSA confiscates?

The discovery happened Friday, April 2, during the routine X-ray screening of carry-on luggage.

"... a Transportation Security Officer (TSO) saw what appeared to be an unidentified lump inside of a traveler’s breakfast burrito. Due to the unusual nature and size of the lump, the TSO requested additional inspection of the food item," stated the TSA.

Breakfast burritos are delicious but @TSA officers were surprised to find crystal meth inside the one pictured. TSA officers @HobbyAirport suspected something wasn't right with this breakfast item & contacted @houstonpolice to investigate. Learn more here:https://t.co/QBr5vCh2IR pic.twitter.com/hcqkCixRML

Officers asked the traveler to unwrap the item. The person insisted it was "just a breakfast burrito."

But once the wrapper was open, the officer noticed something "dark and unusual in the middle of the burrito."

The item was rescreened, and officers found black tape around the drugs:

Houston police were called, and they determined the item in question was indeed crystal meth. Officers took possession of the contraband and placed the unnamed traveler under arrest.

“I commend the actions of our TSOs and supervisory TSO who noticed something wasn’t quite right and for acting on their instincts. Their attention to detail and follow-up response led to the discovery of crystal meth, a dangerous and illegal substance,” said TSA Federal Security Director at HOU Hector Vela.

TSA noted its checkpoints don’t actively screen for illicit drugs, but they are required to contact airport law enforcement when they come across them.

Also watch: Breeze through security! Here's what TSA looks for