An officer identified as T. Picking had a car door slammed on his hand and received treatment at a hospital. 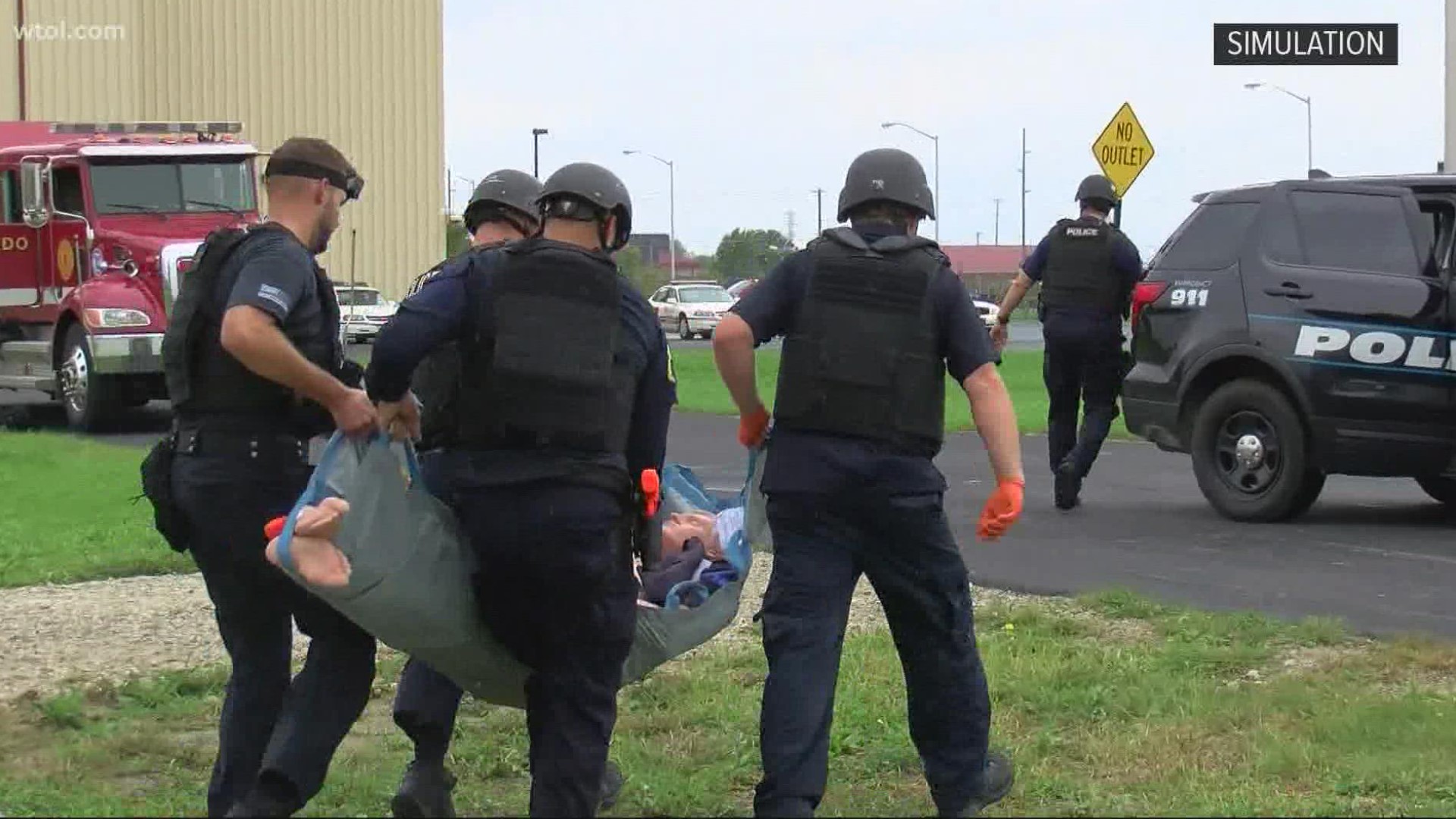 TOLEDO, Ohio — A Toledo police officer was assaulted in two separate incidents Saturday and sustained an injury to his hand.

At 2:15 a.m., an officer identified in a police report as T. Picking witnessed a motorist nearly hit multiple cars - including the officer's own patrol vehicle - on Airport Highway near Shea Street. Police say Deonnia Young led the officer on a brief pursuit before stopping at an apartment complex where she lives.

Police say Young was not cooperative and assaulted Picking before being arrested. She was booked in Lucas County jail on multiple charges.

Picking was not injured in the incident.

About 11:30 p.m., Picking was involved in another pursuit.

According to a police report, units responded to the 700 block of Walbridge Avenue on a report of shots fired. Upon arrival, Marcel Ashford allegedly fired additional rounds into the air.

Ashford later appeared down the street and walked toward officers before fleeing on foot. Police say the suspect resisted arrest before he was apprehended, and during the struggle, a car door was slammed on Picking's hand.

Picking was taken to a local hospital for treatment. It is unknown how many days of work the officer will miss.