Antonio Boone, 40, was struck in the arm and taken to the hospital with non-life threatening injuries. 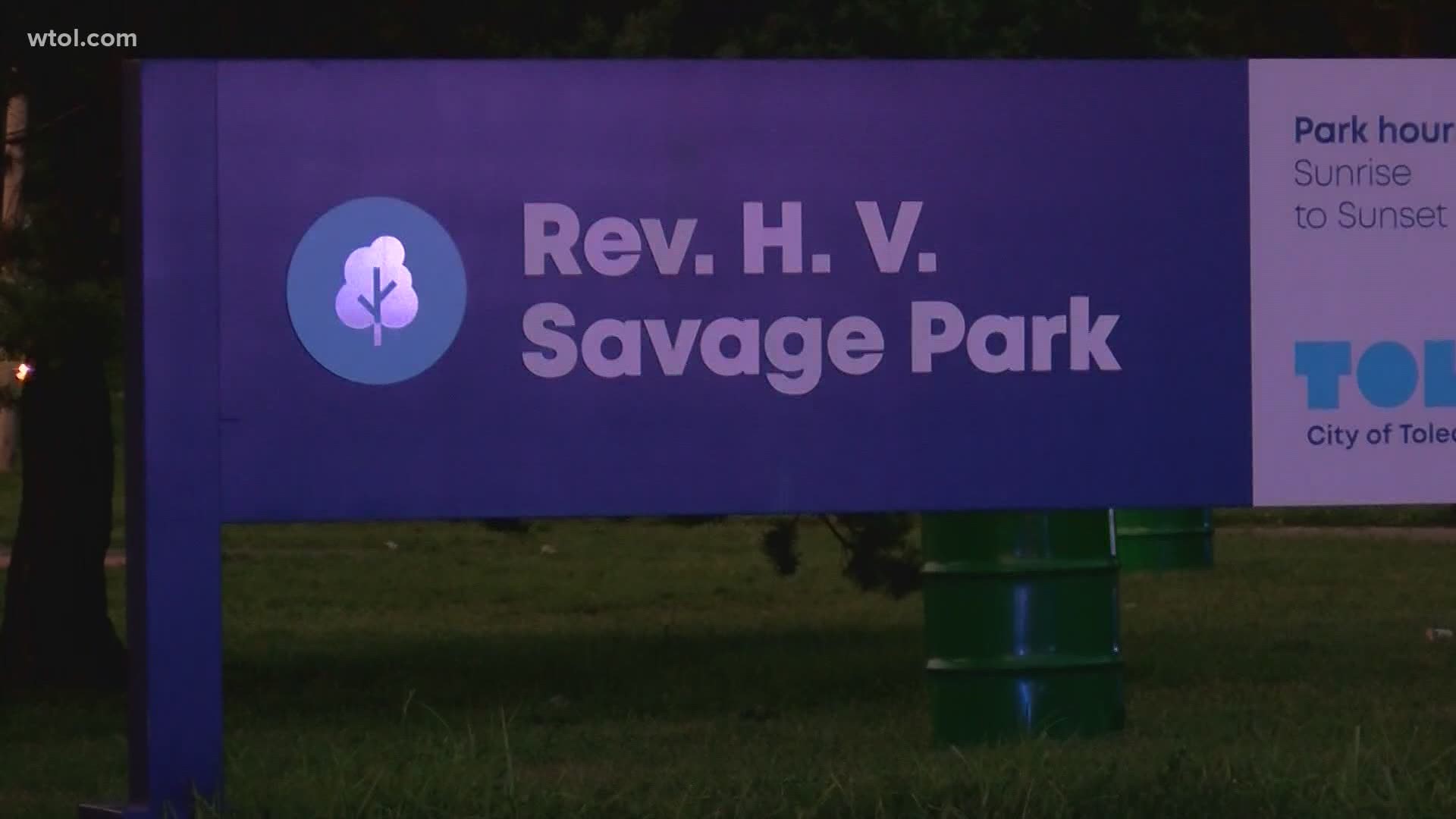 TOLEDO, Ohio — Some people in central Toledo are calling for a greater police presence in the neighborhood after a shooting at what was supposed to be a fun family event.

The shooting, that left one person injured, happened Sunday evening at Savage Park on Elizabeth and Nebraska during an annual basketball tournament.

Antonio Boone, 40, was struck in the arm and taken to the hospital with non-life threatening injuries.

Henrietta Savage-Armstrong is the head cook and supervisor at the Martin Luther King Center Kitchen for the Poor which is right next door to Savage Park. She said her son was at the City Park League basketball game when the gunshots rang out.

"It's not always something bad going on over here when the tournament is going on," Armstrong said. "But there's always one bad person that's going to make it rough for all the innocent kids going over here."

Armstrong thinks there should've been a police presence at the game. The Toledo Police Department confirms officers were not there, however they do have a mobile SkyCop Camera in the parking lot that has been there for about a month.

A spokesperson said they will have more patrols in the area and others going forward.

"We're going to increase enforcement and increase our officer presence to know we're seen at these events," Sgt. Adam Fish said. "And it's not just Savage Park unfortunately. We'll have to do this everywhere throughout the city."

"[The parents] don't want to go to jail," she said. "They lost their jobs because they don't whoop their child so the kids are out of hand. That's how it is."

Armstrong is wondering if the league will cancel its next few games because of the shooting. WTOL has reached out to the league and are waiting for a response.

TPD has not made any arrests in the shooting.

In addition to Sunday night's shooting, there were multiple shooting incidents earlier in the weekend. Two people were killed in east Toledo on Saturday night. A woman was also shot in central Toledo on Saturday.