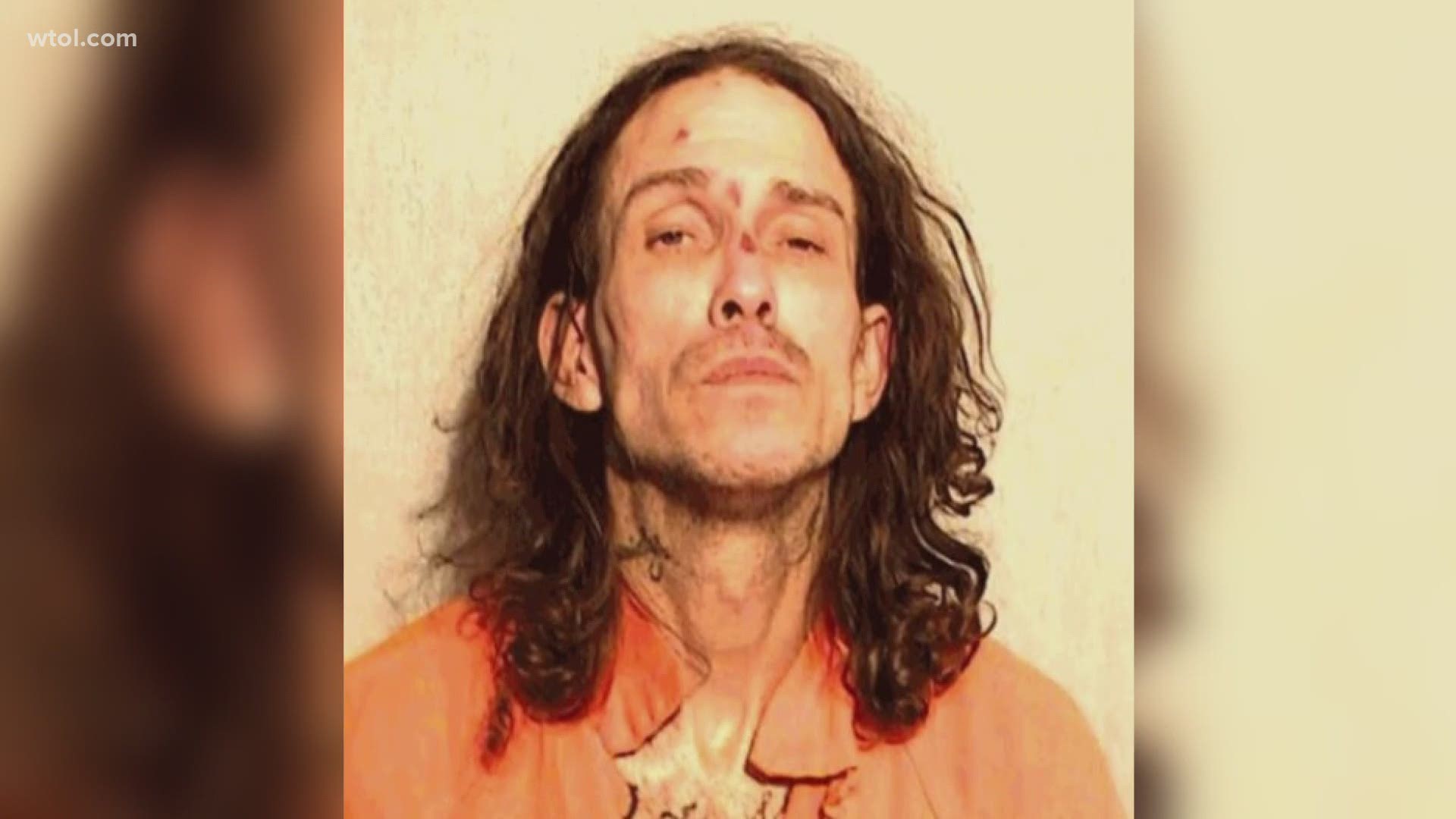 TOLEDO, Ohio — A north Toledo man was arrested Sunday for stealing a catalytic converter from a vehicle at Great Lakes Rental, an equipment shop, on Alexis Road.

The converters are installed on vehicles to decrease carbon monoxide emissions, but people steal them because they contain valuable metals. The part is then sold at scrap yards.

Toledo Police say Johnny Barnard, 43, was seen on surveillance video Feb. 1 entering the business. According to a police report, he removed a catalytic converter from a vehicle used by Great Lakes Rental "causing a slowdown for repairs to the business."

"He drove in and parked right next to my truck and within about three or four minutes, he was out," said Joe Craley, the General Manager of Great Lakes Rental. "It happened at 11:56 at night so obviously nobody was around and nobody was peaking outside their windows at that time frame."

Craley reported he left his truck in the parking lot for two weeks to drive a company vehicle and when he returned last Thursday, he noticed his truck was making a weird noise. He looked underneath and noticed the part was missing.

According to the Toledo Police Department, catalytic converter thefts increased dramatically across the city in 2020 compared to 2019.

According to data from TPD, from August through November of 2019, there were 24 catalytic converter thefts in the city. In the same time period in 2020, there were 157; an increase of more than 500%.

Craley said it's a good feeling knowing at least one person was caught and hopefully this costly crime trend will end.