An investigation by TPD led to the arrest of Derrick Perkins. Perkins allegedly committed a fifth robbery that week following the same pattern. 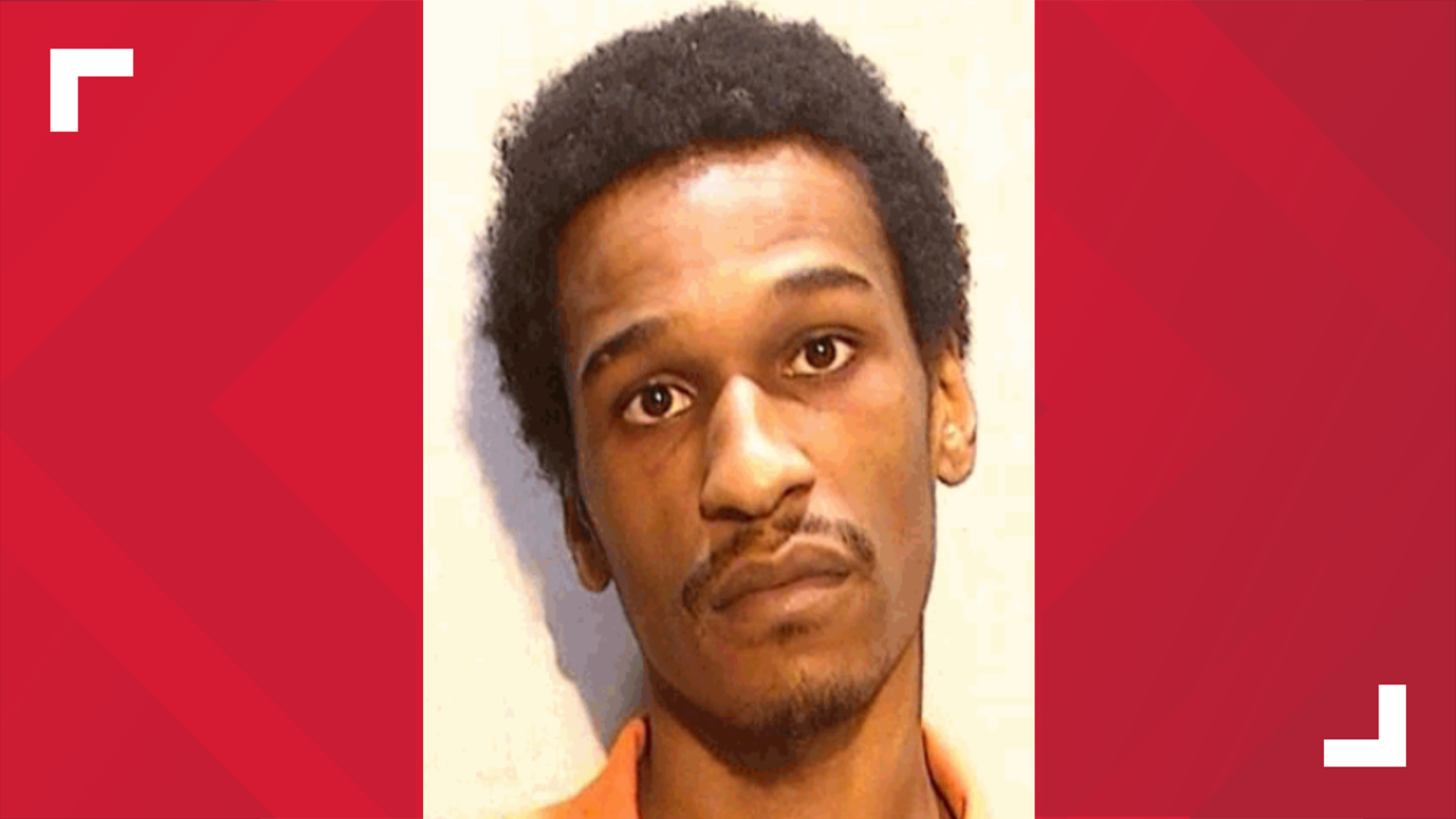 TOLEDO, Ohio — Toledo police responded five times within one week to reports of convenience store and gas station robberies in which the suspect threw hot coffee at the clerk before taking cash from the register.

After the fifth robbery of another west Toledo convenience mart and an investigation by TPD, 33-year-old Derrick Perkins of Toledo was arrested and charged in the incidents.

Here's a look at each incident in chronological order.

On Monday, Toledo police were called to the True North at 4310 West Central Ave. after an unknown man robbed the store.

The victim told officers that when she opened the drawer, the suspect threw hot coffee at her, grabbed money from the register and fled the scene on foot.

On Tuesday, officers were called to the Value America at 4438 Monroe St. for a similar report.

The clerk told police that an unknown man came into the store and grabbed a cup of coffee. When the man went to the register to pay, he threw the coffee in the clerk's face and, again, took money from the register and ran.

The suspect was described as slender, wearing a black, puffy Nike coat with the hood up, a light-colored face mask, black pants and black gloves.

They walked inside, purchased cigars with cash and proceeded to walk around the store.

The suspect then approached the clerk a second time, with coffee in one hand and cash in the other.

When the clerk opened the register, the suspect threw coffee in her face, jumped the counter and took approximately $200 in cash.

The suspect fled the scene on foot before officers arrived.

At around 8:20 p.m. Friday, officers responded to a robbery alarm at Della's Variety Store located at 4239 Monroe St.

The clerk states that an unknown Black male came into the store and looked around before making a purchase. He threw coffee on the clerk once the register was opened, grabbed an unknown amount of cash and fled.

Perkins allegedly threw a hot cup of coffee in the face of the clerk at this location and took nearly $2,000 in cash from the register and fled, according to a police complaint.

An officer spotted a stolen vehicle matching similar robberies and Perkins was arrested that day.

Perkins was identified as the suspect for all five robberies involving hot coffee thrown at a clerk after a review of cameras and an investigation, TPD confirmed.

He was also charged with possession of a stolen vehicle, and for an armed robbery on Dec. 16, 2020 where he allegedly jumped a counter while armed with a knife while the clerk had the register drawer open.

On Feb. 1, Perkins was indicted on one count of aggravated robbery, four counts of robbery and one count of receiving stolen property.