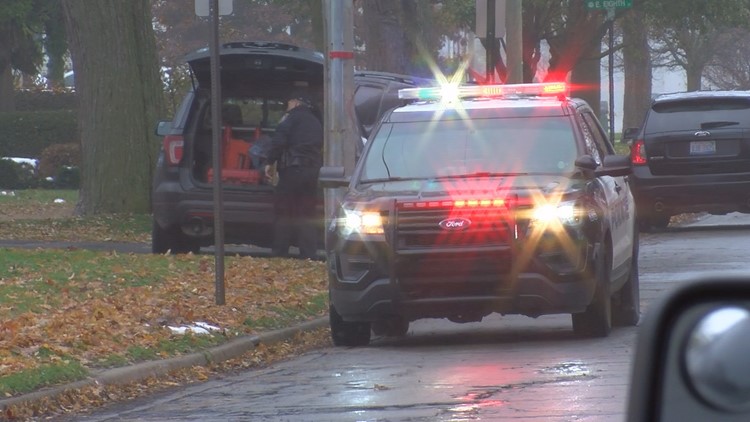 TOLEDO, Ohio — A man accused in the shooting of two officers in Monroe, Michigan, died this past weekend.

Simba Lion, 40, is accused of shooting two officers in Monroe on Nov. 19. Lion was wounded by return fire and was taken to Mercy St. Vincent Medical Center in critical condition. The two officers sustained injuries that were not life threatening.

Michigan State Police said in a tweet Monday that Lion's cause of death "is unknown at this time. The investigation is ongoing."

The incident on Nov. 19 happened at the Washington Arms Apartments in the 700 block of Washington Street.

Police say a maintenance man was at the apartment complex when the suspect had contact with him.

When officers arrived on scene and attempted to make contact with Lion, he allegedly fired his weapon and struck two officers. The officers reportedly then returned fire and struck Lion multiple times, according to Michigan State Police spokesperson Lt. Brian Oleksyk.