Timothy Braun was a crucial figure in 11 Investigates: Guilty Without Proof report, which investigated 2 men's claims of innocence in a 1998 murder case. 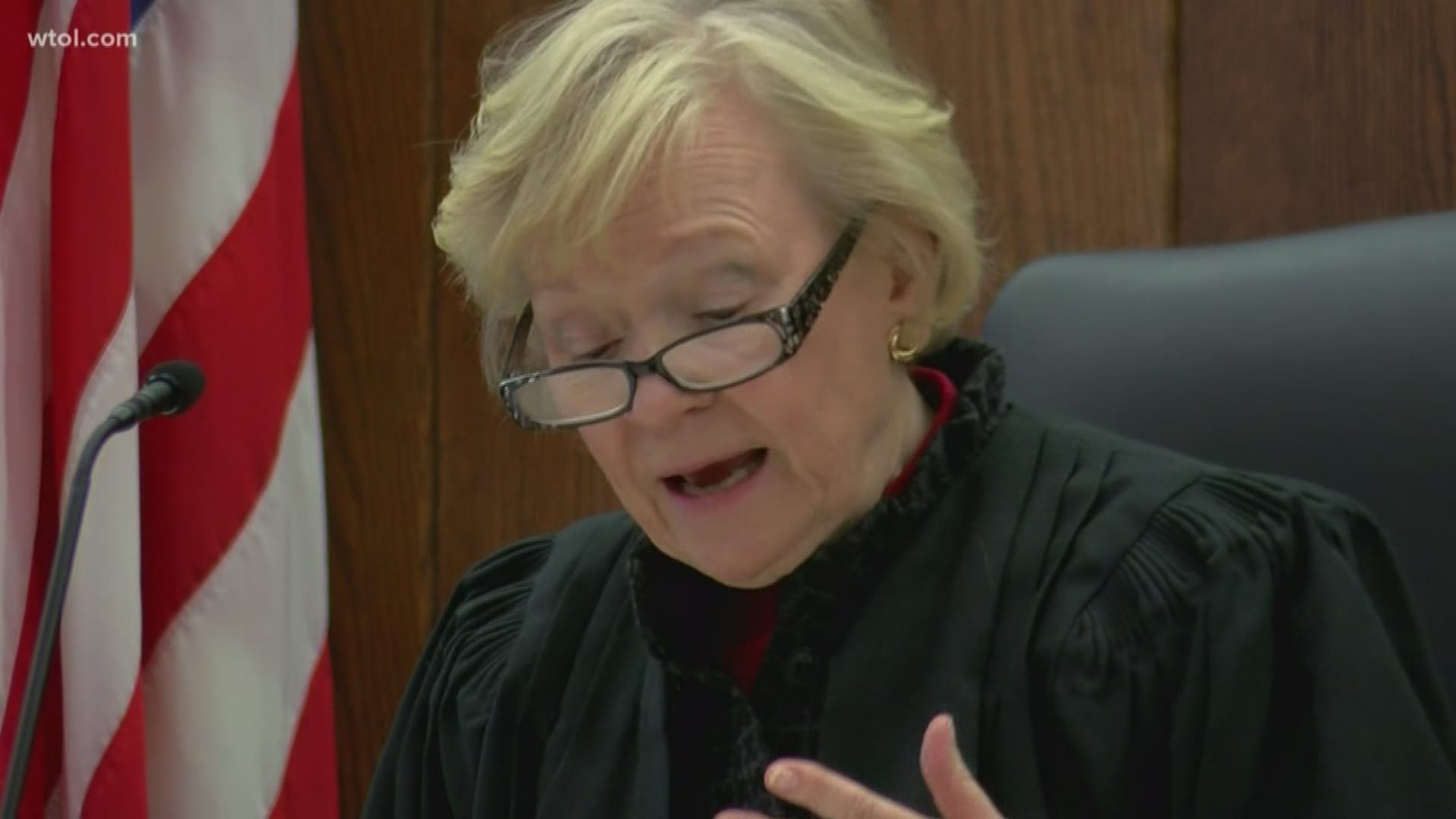 Braun previously worked in the prosecutor's office in Lucas County from 1997 to 2013.

Five women in the Sandusky County Prosecutor's Office accused Braun of sexual misconduct, saying Braun emotionally and physically terrorized them in his office. Friday's investigation involved the complaints of two of those women.

By accepting the plea deal, Braun agreed to resign by June 30. Visiting Judge Janet Burnside sentenced the prosecutor to a suspended 60-day jail sentence, a year of community control and a $500 fine. She acknowledged that many would view the sentence as "minimal," but said Braun is losing his professional and personal reputation. He could face additional penalties from the Ohio Supreme Court Disciplinary Counsel.

"In my mind, Mr. Braun thought he was untouchable. He never thought these women would come forward," Special Prosecutor Katie Nelson said. "He picked the wrong women. They are tough as nails."

One of those women read an emotional impact statement to the court, at times pausing to glare at Braun, who refused to look at her. She said there were unwanted back rubs, shoulder rubs and eventually inappropriate sexual touching. She said Braun would ask her what she was doing to sexually please her husband and she added that the misconduct has continued. The woman told the court that Braun claimed to be "the most powerful man in Sandusky County."

"Still to this day, he has a badge to get into my office. He will lurk in the doorway until I acknowledge him. He tries to intimidate me, but I’m not scared.”

In the spring, 11 Investigates began an examination of a 1998 murder in which Karl Willis and Wayne Braddy claimed they were wrongfully convicted. Braun was the co-prosecutor in the case, which has been riddled with issues. The initial investigation from 11 Investigates was released in August as a 30-minute special "Guilty Without Proof." At least 9 million people have now seen at least portions of that report.

The only two witnesses in the case - Shondrea Rayford and Travis Slaughter - have alleged prosecutorial misconduct, saying that police and prosecutors crafted a story and told them what to say to ensure a conviction of Braddy and Willis. They have each sat for extended on-camera interviews with 11 Investigates and said the stories were not true. Rayford was held in contempt of court during the trial when she stopped testifying. She told 11 Investigates that she wasn't going to tell the false narrative that prosecutors wanted.

The original case files for Braddy and Willis remain missing. Crucial interrogation tapes of Slaughter were missing - until WTOL retained a lawyer and threatened legal action. Two local psychologists have now reviewed those discovered tapes and stated that they believe Slaughter was coerced into telling a false story.

Braun did not respond to an earlier request for comment about the 1998 case. He had no comments for reporters on Friday about his guilty plea.

On Friday, as Burnside predicted, many people were stunned by her acceptance of the plea deal and sentencing of Braun. He will be allowed to remain a full-time prosecutor. As such, he must appear in the office once every 90 days, meaning that he will likely only be seen twice more at the courthouse before resigning in June. He will do almost all of his work from home while collecting on his $140,000 annual salary.

Sandusky County Sheriff Chris Hilton recused himself from the case in May. He appeared to get emotional several times during the court session. The victim spoke of her appreciation of him during her statement.

After court, Hilton met with reporters and acknowledged that he had hoped that Braun would go to court and face stiffer consequences. He said Braun let down the residents of Sandusky County.

"My position as sheriff. Tim Braun’s position as prosecutor is one of trust. Every person in this room and in that courtroom can say that Tim violated that trust," adding that "my faith has been shattered and shaken. My trust has been destroyed.”

Supporters of victims of sexual misconduct carried signs around the Sandusky County courthouse prior to the hearing, showing their disapproval of Braun.

After word leaked of the plea deal, victims advocate Tracy Thom said that Braun was being let off easy.

“I think it’s unfair. I think it’s unjust. These girls are not going to get justice at all. They see it as an ending, but it is not justice.”

Ohio Attorney General Dave Yost in October called for Braun's resignation. A grand jury was canceled after the BCI inquiry into Braun. A court official acknowledged Friday that it was highly unusual for a plea deal to be struck without an indictment from a grand jury.

“It is my understanding that the grand jury has been canceled and a negotiated plea has been reached. No further details are available," Yost said back in October. "Mr. Braun should resign immediately. No victim of sexual assault, no victim of workplace harassment, could believe she would be treated fairly in an office he oversees."

Yost will now get his wish as Braun will step aside. There could still be additional issues awaiting him as all five women have filed civil rights complaints.