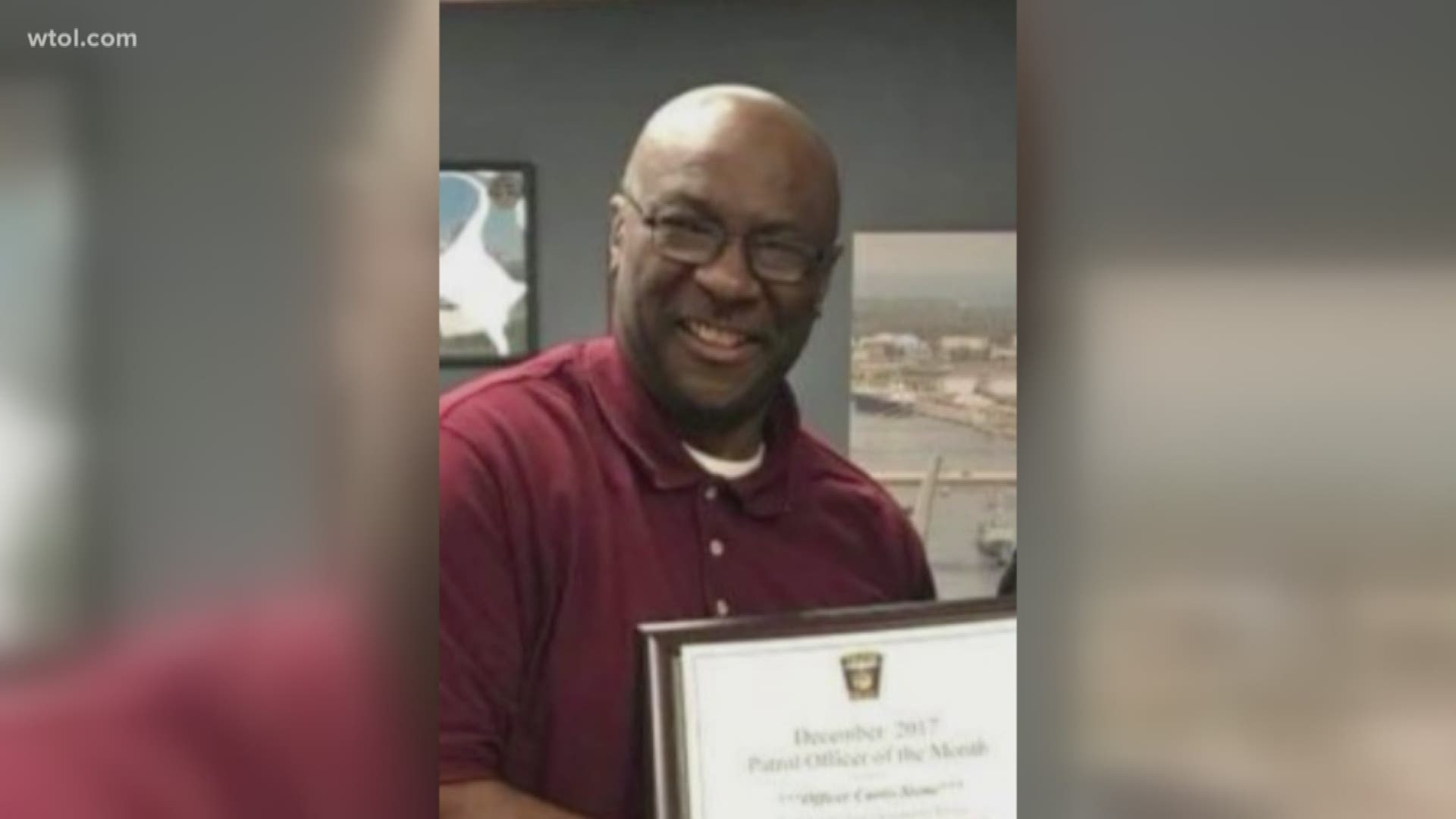 TOLEDO, Ohio — Retired Toledo Police Officer Curtis Stone was sentenced Monday on charges related to a firearm that was stolen from the TPD evidence room.

Stone, 56, who retired in 2018, was sentenced in federal court to four years probation and 400 hours of community service. Senior U.S. District Judge Jack Zouhary said Stone's community service must relate to teaching about the dangers of guns and gun violence. Stone also received a $4,000 fine.

He pleaded guilty to the federal charge of possessing a stolen firearm in April.

During a traffic stop last year, a 9 mm pistol was found that Stone registered as having destroyed in 2016. That led to a search of Stone’s home in Delta, where another pistol, a Taurus PT-738, was found. That gun also was registered as being destroyed.

Stone then admitted to the searching officers that he had in fact taken the gun from the TPD evidence room. He was charged with the federal crime of possession of a stolen firearm.

With the possession of a stolen firearm charge, Stone could have faced up to 10 years in prison.

“The department recognizes the extreme trust placed in officers and we take any violation of that trust very seriously,” said Toledo Police Chief George Kral. “From the onset, detectives vigorously pursued this investigation and worked with our federal law enforcement partners to secure a federal indictment against former officer Curtis Stone.

"While we respect the court, the sentence was surprisingly lenient. I hope Mr. Stone realizes the harm he has done and the trust he has lost.”