Perrysburg police found 19-year-old Amonie Ervin with multiple stab wounds outside of a Perrysburg home. A 16-year-old boy has been charged with aggravated murder. 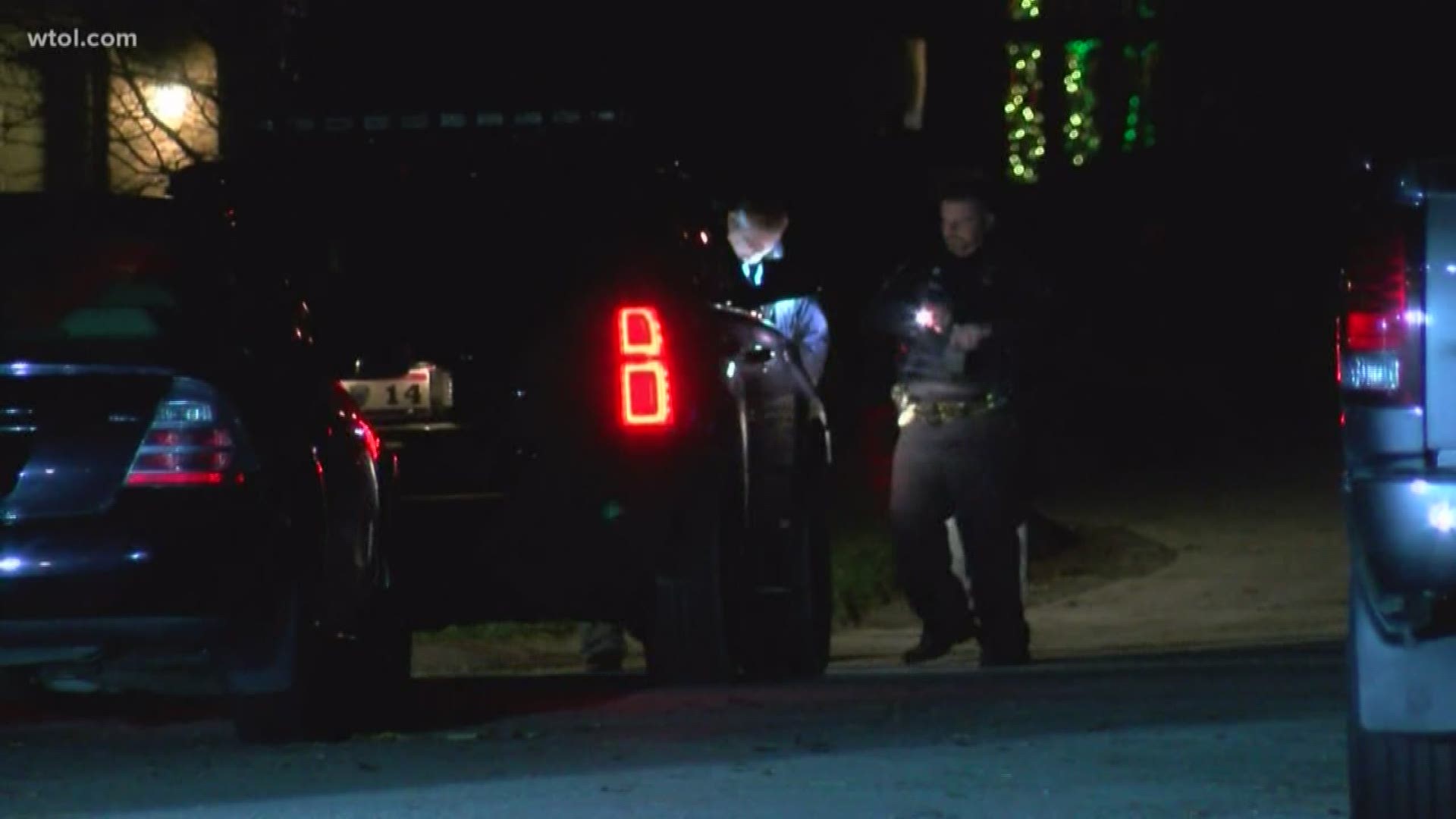 PERRYSBURG, Ohio — A 16-year-old boy has been charged with aggravated murder in the death of a 19-year-old man. FBI crime database records confirm this is the first homicide in Perrysburg in the last 20 years.

Perrysburg police are investigating the homicide after finding the body of 19-year-old Amonie Ervin of Maumee with multiple stab wounds outside of a house in Perrysburg early Friday evening.

According to Lucas County Coroner Dr. Jeffrey Hudson, Ervin suffered 20-25 sharp force injuries, including a mix of stabs and cut wounds to the head, face, neck, chest as well as both arms and hands. The stabbing caused damage to Ervin's heart, lungs and neck. The weapon used was a kitchen or steak knife, Dr. Hudson said.

Police were called to the home located on Tonbridge Court around 3:51 p.m. on Friday. When they arrived, they found the body at the end of the driveway. Ervin was pronounced dead at the scene.

The 16-year-old is currently being housed at the Wood County Juvenile Detention Center. According to police, there are no other suspects in this case.

A probable cause hearing is set for 9 a.m. on Dec. 10 in the courtroom of Judge David Woessner, during which it will be determined whether the teen will be tried as an adult. Juvenile offenders are not afforded a cash bond for their release so the teen will be held until his next court date.

"Wood County Prosecutor's Office, Perrysburg Police Department, and the Ohio Bureau of Criminal Investigation are continuing to gather information on this case to determine exactly what happened on Friday, November 29th. Our hearts go out to the family and friends of Mr. Ervin at this difficult time," Wood County Prosecuting Attorney Paul Dobson said.

Residents said the incident is concerning and is not something that is usually seen in Perrysburg.

"I mean, things happen but, I mean, that's something that you never expect in Perrysburg," Perrysburg Township resident Hunter Miller said.

After a high-speed chase ended in Perrysburg in early November, residents have seen their share of unusual high-profile incidents. But Miller said he doesn't believe it's a trend.

"It's just two things that just happened to happen and, I mean, something like that I wouldn't expect from here," he said.

Miller said that recent events have not made him feel any less safe.

"I know that this place is safe," he said. "I mean I could walk out of here, walk to my car and not worry about something happening."

The Perrysburg Police Division is being assisted with this investigation by the Ohio Bureau of Criminal Investigation and the Wood County Prosecutor’s Office.

RELATED: 2 arrested after police say they led officers on a high-speed chase from Wood County to Toledo