The indictments are for intent to commit acts of violence during the May 30 demonstrations in downtown Cleveland. 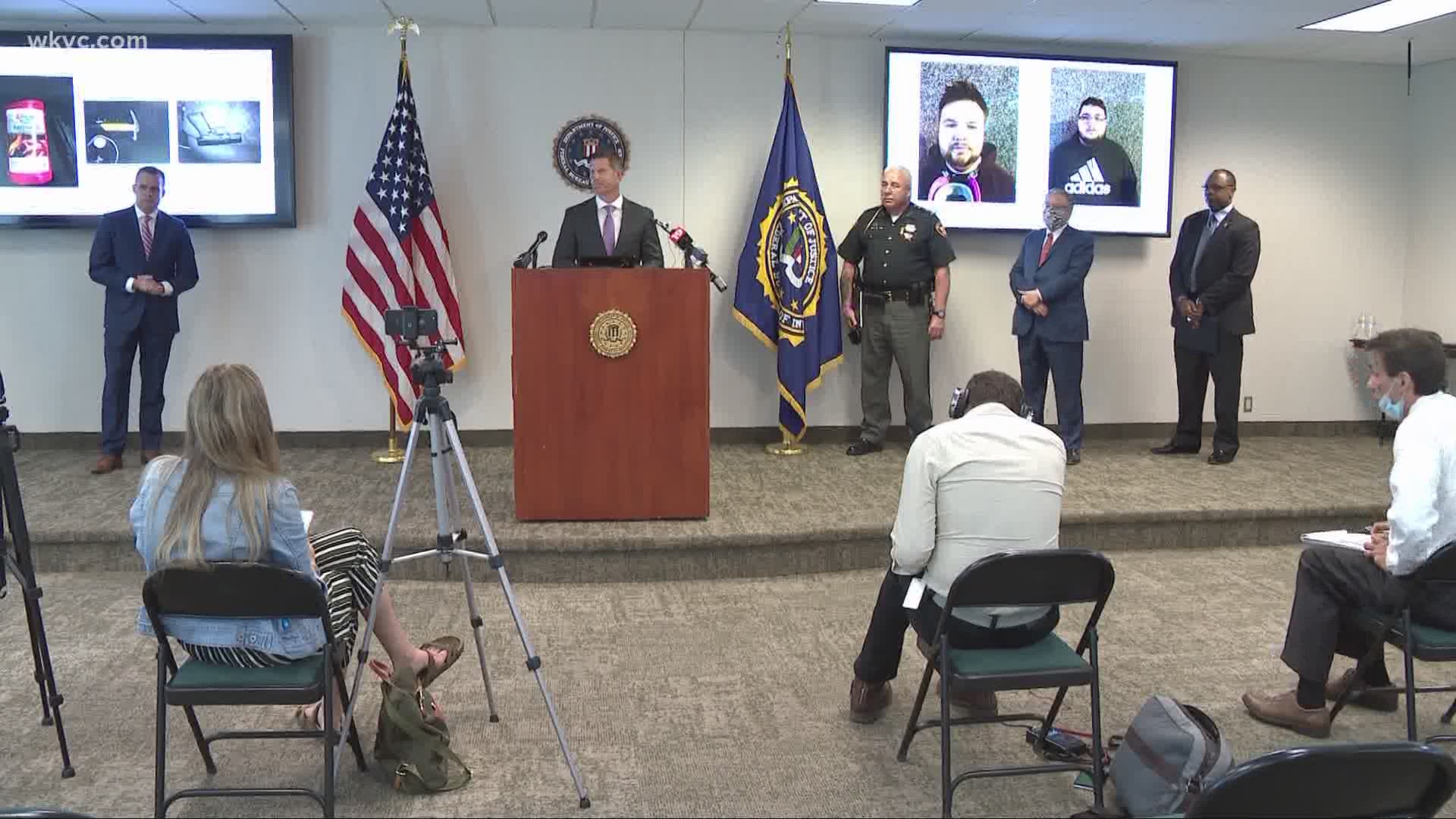 CLEVELAND — The United States Attorney's office has announced four federal indictments against two men from Erie, PA for their involvement in the violence that happened during the George Floyd peaceful protest in Cleveland on May 30.

"Today's indictment alleges that these two defendants traveled across state lines not to engage in Constitutionally protected free speech, but with the intent to burn and loot downtown Cleveland," said U.S. Attorney Justin Herdman in a press release.

Long and Poland are accused of driving to the city of Cleveland with the intent to riot and commit acts of violence, according to investigators. They were arrested near the intersection of East 8th St. and Huron Ave. in downtown, and were in possession of a backpack containing a hammer, two containers of Sterno Firestarter Instant Flame Gel, spray paint and a bottle of liquor. Officers also recovered a Glock semi-automatic firearm and two loaded magazines from the suspects' vehicle.

A search warrant on iPhones found in the defendant's car revealed Long and Poland's intent to participate in, promote, encourage and aid and abet criminal rioting.

"The indictments of Mr. Poland and Mr. Long mark just the beginning of our combined law enforcement effort to identify, locate, and apprehend those who exploited a peaceful protest for their personal, but very short-term, gain," said FBI SAC Eric. B. Smith. "The FBI, along with all of our federal, state, and local partners, will not cease in our efforts to bring those responsible for May 30th's carnage to justice. We continue to review every available photo, video, and social media posting to piece together the violent activity that occurred in Cleveland, and to identify those who had a hand in making it happen."

RELATED: Man arrested for alleged role in Cleveland ‘civil unrest’ amid May 30 protests