Ohio man who allegedly groped, assaulted flight attendants is duct-taped to his seat by passengers

The 22-year-old man allegedly groped flight attendants' breasts on a July 31 Frontier Airlines flight, then was subdued by passengers and taped to his seat. 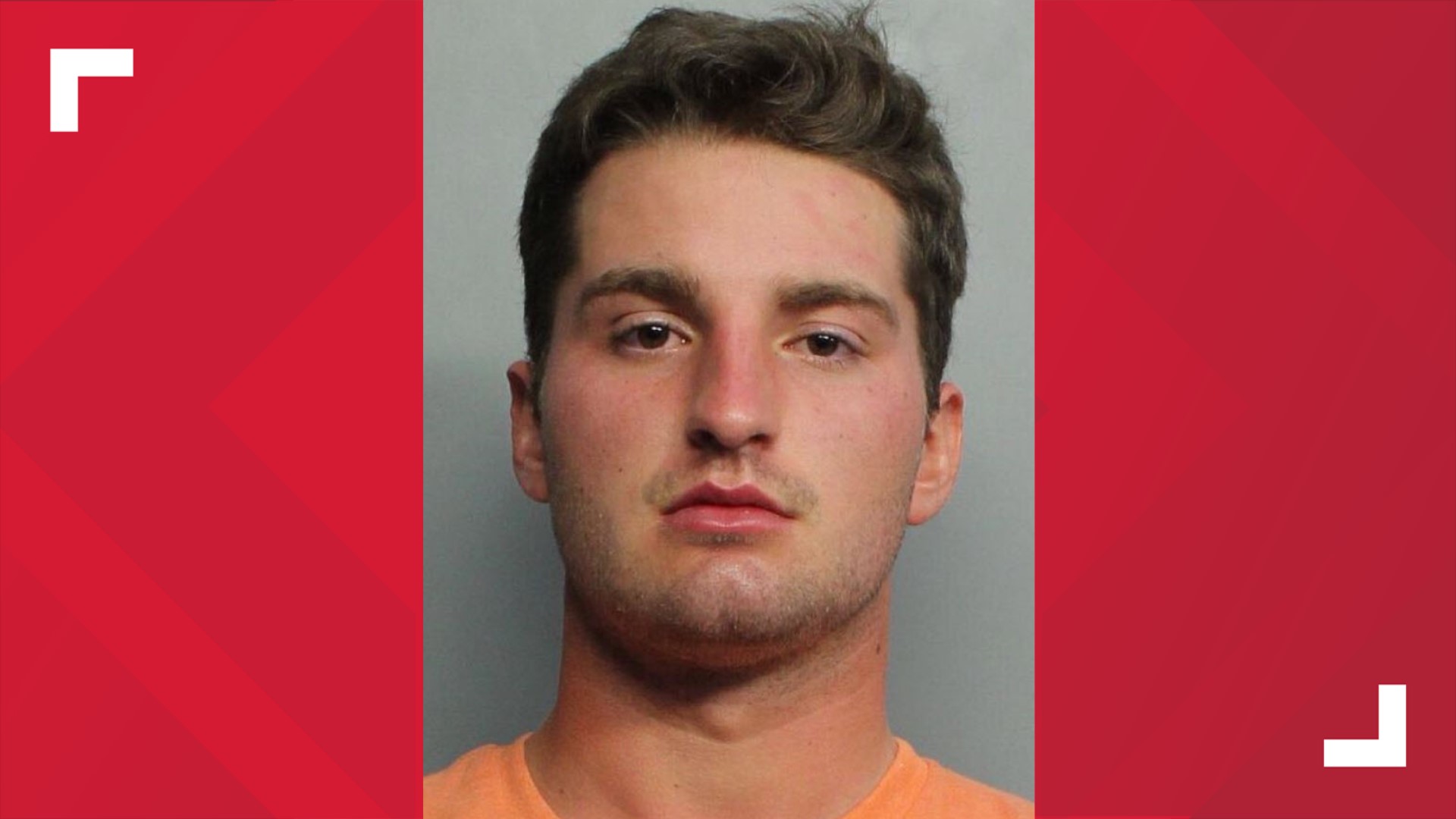 NORWALK, Ohio — A 22-year-old Norwalk man faces three counts of assault and battery after allegedly groping flight attendants' breasts and punching one of them tasked with looking after him before passengers and one flight attendant intervened and bound him to his seat.

A police report says Maxwell Wilkinson Berry was arrested Aug. 1 at Miami International Airport. Police said Berry was on Frontier Flight 2239 from Philadelphia to Miami on July 31 and he ordered two alcoholic beverages from a flight attendant.

Berry then spilled the third drink on his shirt and went to the bathroom, coming out shirtless.

A flight attendant told Berry to put on a shirt and helped him to get a shirt out of his carry-on luggage. The affidavit states Berry walked around for about 15 minutes and began to "get friendly" with a second flight attendant, touching her breasts.

One of the flight attendants asked a third attendant to take over watching Berry. This third attendant asked Berry to calm down and remain seated, at which time Berry allegedly punched the attendant in the face.

A fight ensued and nearby passengers and one flight attendant restrained Berry, taping him to his seat and tying him down with a seatbelt extender for the rest of the flight.

Berry was arrested upon arrival in Miami and the FBI was contacted, though agents advised they were not going to pursue federal felony charges.

Berry was transported to Turner Guilford Knight Correctional Center and was released on a $1,500 surety bond. His case was assigned to Judge Edward Newman.