The coroner's office ruled the deaths of Gabriel Phillips, 1, and Ahmir Phillips, 5, as homicides, and the cause of deaths was multiple gunshot wounds. 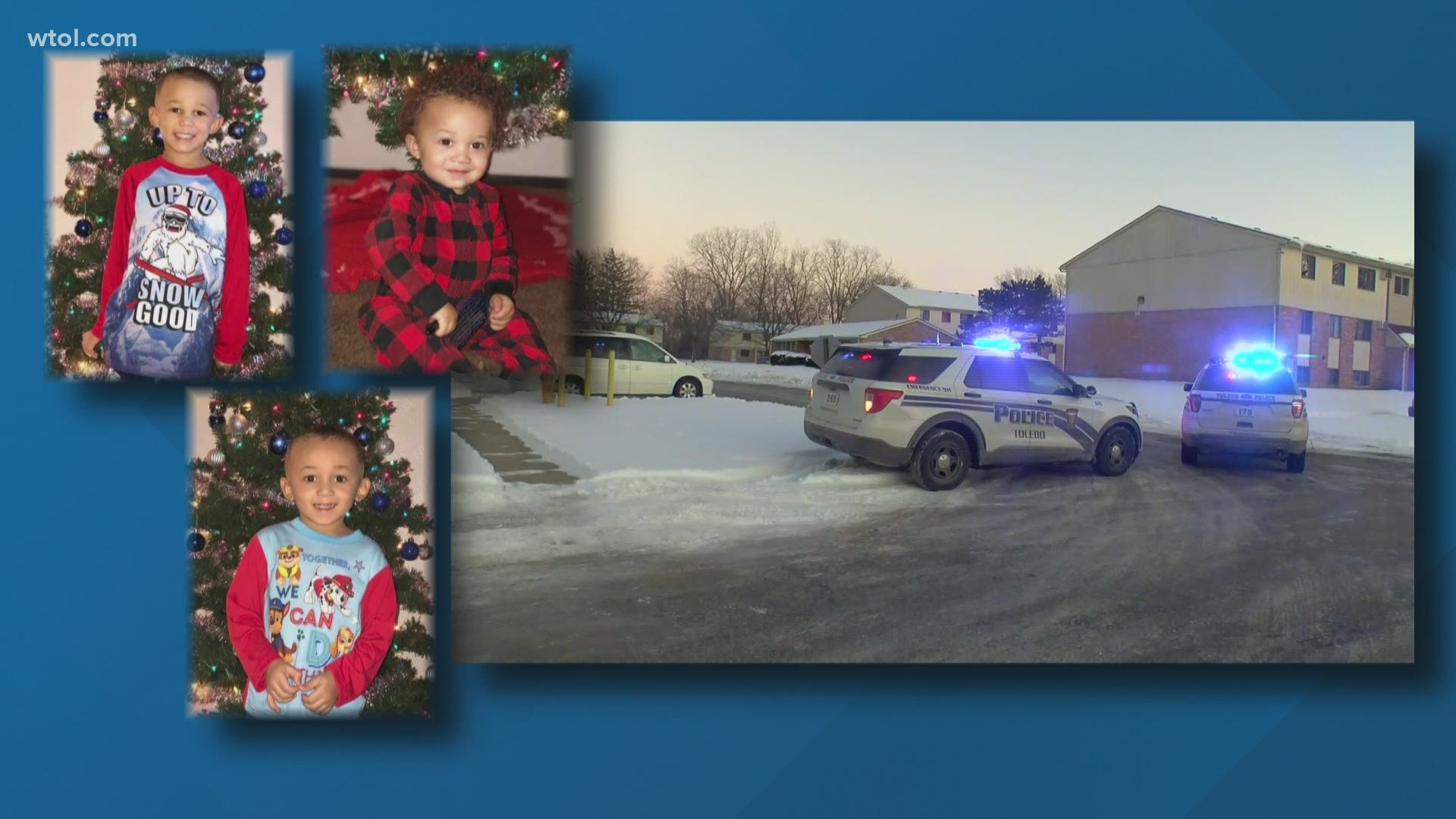 TOLEDO, Ohio — Two young boys are dead and a third had to undergo surgery following a shooting at a south Toledo apartment complex, police confirmed on Friday.

The shooting occurred on the 800 block of Byrneport Drive on Friday evening. Toledo police officers arrived and found three boys inside the apartment, all suffering from at least one gunshot wound. The children were treated at the scene before being taken to the hospital.

On Sunday evening, Ashtan's father told WTOL 11, "Ashton is stable. They took him off sedation this morning to see if his body would respond. He started moving his hands and legs. They put him back under to continue to heal. I'm going to go back to the hospital tomorrow to talk with the neurosurgeons."

On Monday morning, Toledo police said Ashtan's condition had been upgraded to a stable condition, although he is still fighting for his life.

The Lucas County Coroner's Office released the autopsy report for the deaths of Gabriel and Ahmir on Saturday morning.

The cause of their deaths was found to be multiple gunshot wounds, according to the autopsy. The coroner's office also ruled their deaths as homicides.

1 / 13
Brandy Taylor (Philips' aunt)
Ahmir Phillips, 5, Ashton Phillips, 4, and Gabriel Phillips, 1. Amir and Gabriel were killed after being shot in south Toledo on Feb. 5. Ashton was still in critical condition at the hospital as of Feb. 6.

The suspect, 27-year-old Kevin Moore, was arrested at the scene. Moore is the boyfriend of the children's mother. The boys' mother, Crystal Marie Andrews, was uninjured.

According to a post on social media that Andrews made, she was not home at the time of the assaults as she was helping her mother with a moving truck. She said she came home and discovered her children shot.

Moore was booked into the Lucas County jail on two counts of aggravated murder and one count of felonious assault.

WTOL 11 will reach out to Andrews to hear from her when she is ready.

Credit: Lucas County Jail
Kevin Moore, 27, was booked into the Lucas County Jail on two counts of aggravated murder and one count of felonious assault for the Feb. 5 shooting at Byrneport Apartments that killed two young boys. A third boy is in critical condition.

A neighbor who lives in Byrneport Apartments said there have been shootings in the complex before, but she has never seen a police presence like the one there Friday night.

Detectives have opened an investigation. If you have any information about the incident, call Crime Stoppers at 419-255-1111.

WTOL will continue to bring you the latest developments on-air, online, and on our free WTOL 11 News app.

A child continues to fight for life after a triple shooting at the Byrneport Apartments left two other children dead. The suspect, Kevin Moore, has been arrested by #toledopolice & booked at the Lucas County Jail. Moore is the boyfriend of the children’s mother. pic.twitter.com/EjGfsyXA42

Community members who did not even know the family accepted donations on Saturday at the Frederick Douglass Community Center. The group is also working on setting up a GoFundMe.