The mother, DeShante Beard, and her boyfriend, Less Thompson, face abuse and murder charges in the death of 6-year-old Jacob Andrew Williams. 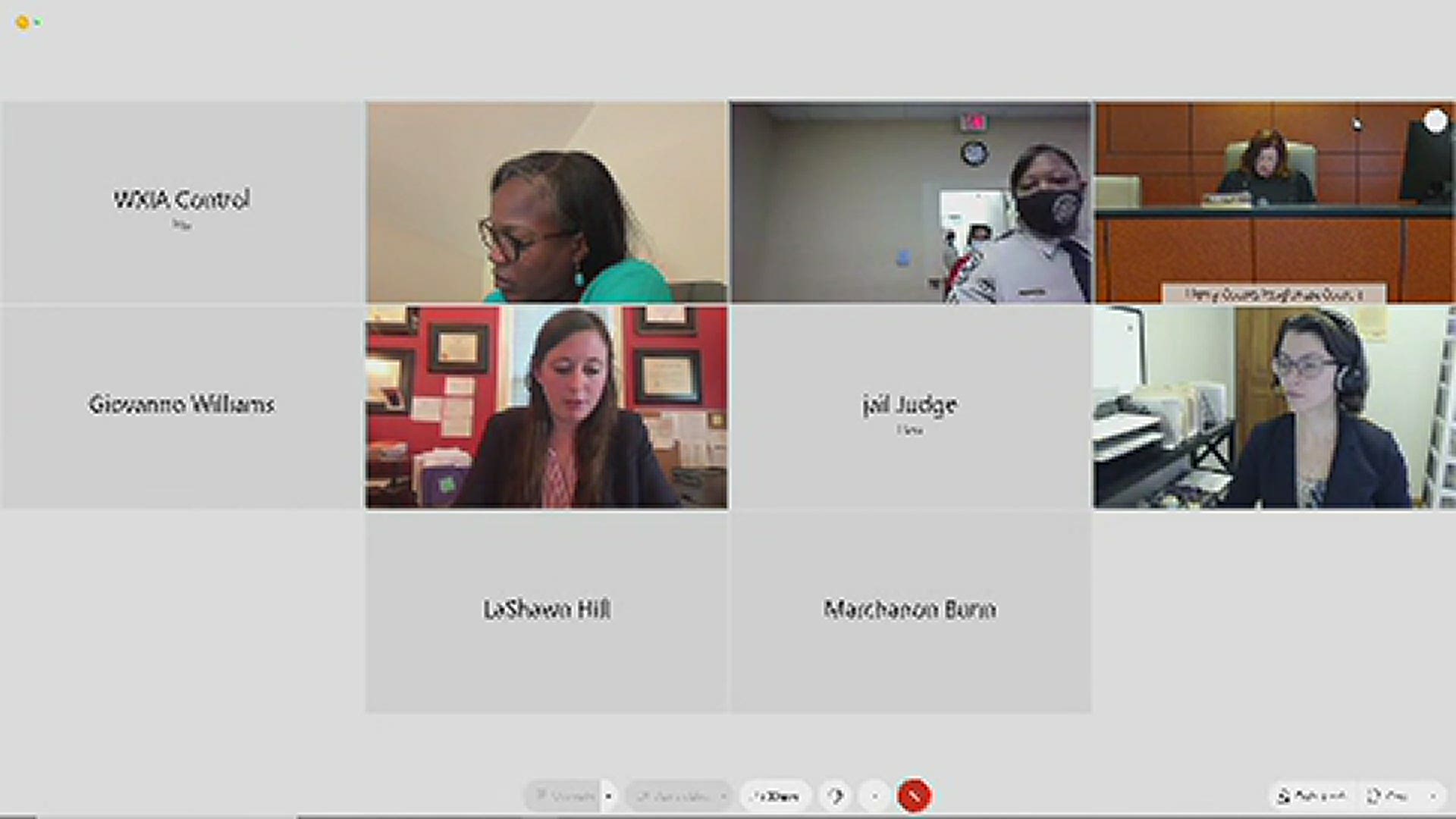 HENRY COUNTY, Ga. — A Henry County mother charged with child abuse and murder in the death of her 6-year-old son fainted Friday during her first court appearance, as a judge read her the charges.

Appearing remotely before a Henry County judge, Beard collapsed to the floor at the moment the murder charges were read. She began to weep, and jailers helped her back up. They led her back into the jail before the judge worked out how to end the proceeding with Beard's lawyer.

A neighbor, who didn't want to be identified because she was previously a victim of domestic abuse, told 11Alive's Hope Ford that as a victim of prior abuse, she wondered if the boy, Jacob Andrew Williams, and his mother suffered a similar fate, and for how long.

Henry County Police originally responded to Belmont Farms Drive in Ellenwood on Sunday in response to an unconscious 6-year-old boy, identified by police as Williams.

Officers said upon arrival on Sunday, they found the boy who was unresponsive. He also had shallow breathing, blood coming from his mouth and bruises that covered the majority of his body, police said.

EMT's arrived and quickly gave aid to the boy, before transporting him to Piedmont Henry Hospital then Children's Egleston Hospital via helicopter, where he was placed on life support.

Three days later on Wednesday evening, the boy was taken off life support, according to officials.

Arrest warrants claim the child was struck repeatedly, leaving him with bruises covering about 80 percent of his body. He had a broken arm and severe head trauma as well. On Monday, the child showed no signs of brain activity.

The neighbor who spoke to 11Alive has placed a makeshift memorial outside of his home on Belmont Farms Drive in the Ellenwood neighborhood.

"He came in the house and told his mother that he wasn’t feeling too well and she told him to take a shower and when he went to take a shower they heard a loud bang and that was him falling and collapsing," the neighbor said.

The neighbor said the day Williams was rushed to the hospital, Thompson was running in the front yard, holding the boy in his arms.

“Up and down the grass on the yard, holding the baby, screaming. The baby was lifeless then and had blood coming out of his mouth," she said.