The Monroe County Sheriff's Office is investigating the incident at Quality Inn on North Dixie Highway in Frenchtown Township. 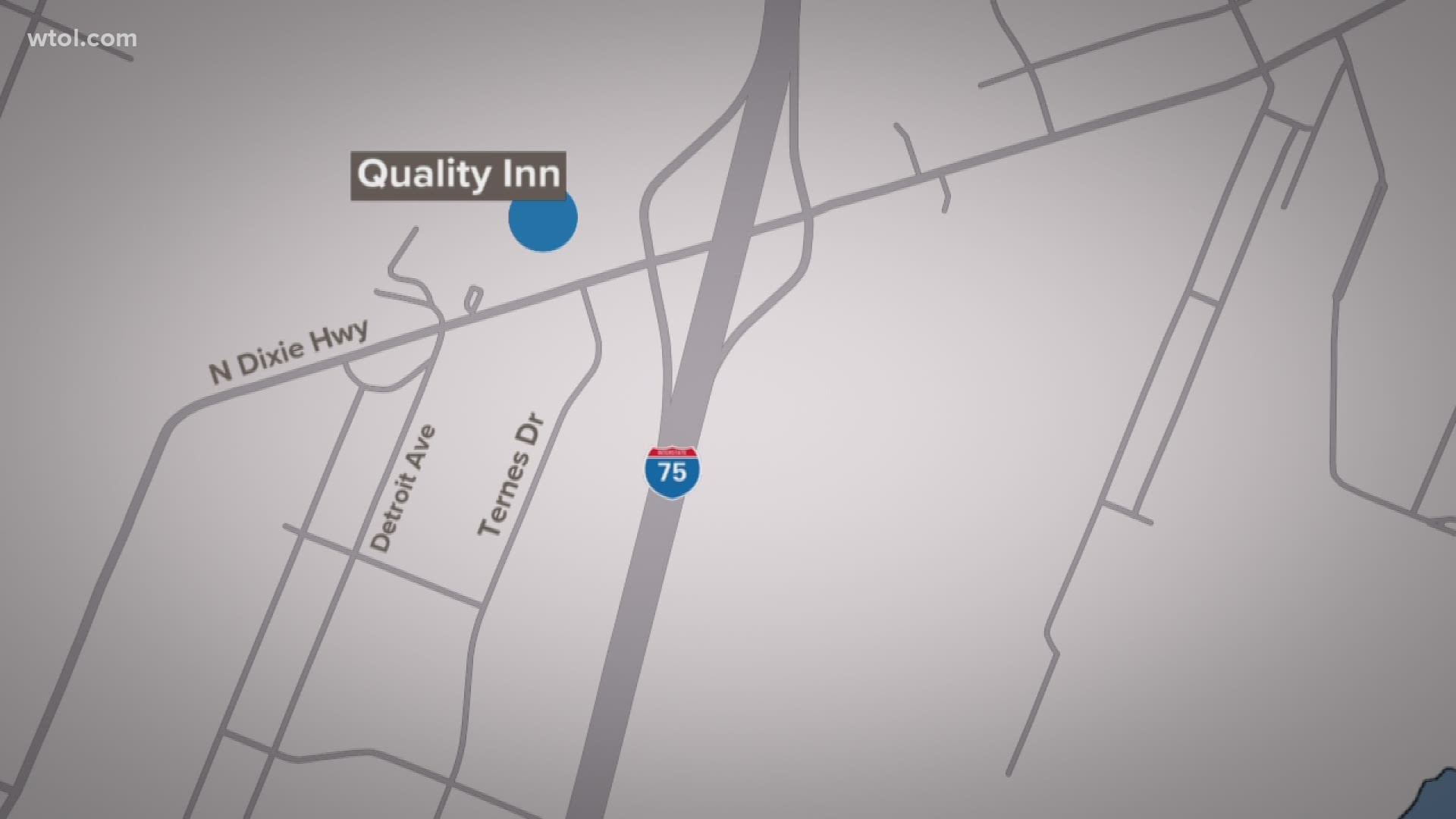 MONROE, Mich. — A Monroe man who was stabbed to death in a Frenchtown Township hotel parking lot on Valentine's Day has been identified as 25-year-old Andrew Murray.

Murray was reportedly staying at the Quality Inn at the time of his death.

According to Monroe County Sheriff Troy Goodnough, the arrested subject in this incident has been released from custody, pending a review from the Monroe County Prosecutor as they claim they were acting in self-defense. This person is not believed to be a threat to the community.

The stabbing occurred on Feb. 14, 2021. Authorities were dispatched to the scene at the Quality Inn on North Dixie Highway around 11:30 p.m.

Upon arrival, deputies discovered a deceased male, later identified as Murray. in the parking lot.

Another man, also a 25-year-old of Monroe, was located in the hotel lobby and was taken into custody without incident.

RELATED: Michigan man killed in crash in Monroe County after driving in reverse

Investigators say the two men were together earlier in the evening. For unknown reasons, they became involved in an altercation, which led to the stabbing.

The arrested individual was treated at an area hospital for injuries sustained in the fight.  His identity is being withheld pending a charging decision by the prosecuting attorney.

The Michigan State Police, City of Monroe Police Department, Monroe Community Ambulance, and the Frenchtown Fire Department all assisted at the scene.

This investigation is ongoing. Anyone with information regarding this incident is asked to contact the Monroe County Sheriff’s Office Detective Bureau at 734-240-7530.