Grandmother carjacked at gunpoint with two young children nearby; people of interest located

Michelle Holladay and William Lanham are 'no longer at large' after a carjacking at the Quality Inn on North Dixie Highway in Frenchtown Twp. Tuesday afternoon. 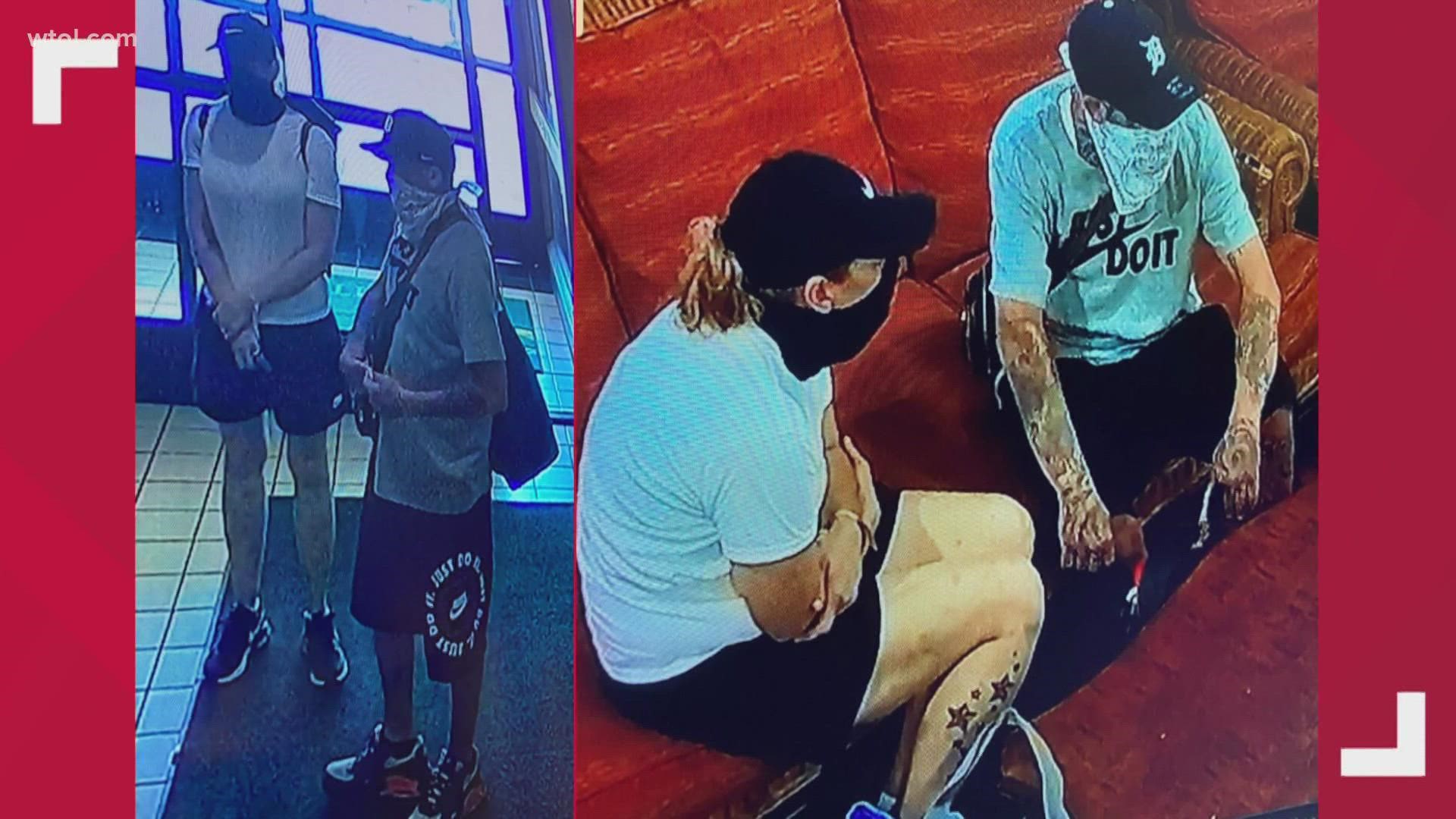 MONROE COUNTY, Mich. — Two people are no longer considered armed and dangerous after a carjacking in Frenchtown Township Tuesday afternoon.

Michelle Holladay, 40, and William Lanham, 39, are "no longer at large" according to the Monroe County Sheriff's Office Wednesday morning. A tip from a citizen Tuesday night led Michigan State Police to the stolen car and people of interest in Holly, Mich.

A woman was in the parking lot of the Quality Inn around 2:15 p.m. in the 1200 block of North Dixie Highway in Frenchtown Township when she was carjacked at gunpoint, according to a release by MCSO. The victim was with her two young grandchildren when approached by a man and a woman. The man showed a gun and demanded the car.

The stolen car was a gray 2008 Honda Pilot with an Alabama Crimson Tide licensed plate personalized with "SOLEN."

The man and woman fled in the stolen car. The car was last seen entering northbound I-75.

The victim and her grandchildren were not injured in the carjacking.

The incident is under investigation and anyone with information is asked to contact the detective bureau at 734-240-7530 or Monroe County Central Dispatch 734-243-7070.