Sky Metalwala went on a car ride with his big sister and mom on a brisk autumn morning 8 years ago. It’s the last time he was ever seen alive.

Metalwala was just 2 years old when he vanished. Now, missing posters showcasing the toddler with dark hair and big brown eyes longingly staring back at each passerby, are all that is left from that unexplained day.

On Nov. 6, 2011, Julia Biryukova (now, Julie Morgan) and her two children were driving in Bellevue, Washington, near Interstate 405, when she says they ran out of gas. Leaving Sky behind in the car, and with her 4-year-old daughter, Maile, in tow, she left the car in search of a gas station.

When she came back from her mile-long trek through town, she says, her son was gone.

Now, True Crime Chronicles, a weekly true crime podcast, is featuring the missing toddler and his case, as well as diving deep into his mother’s silence for the past eight years. 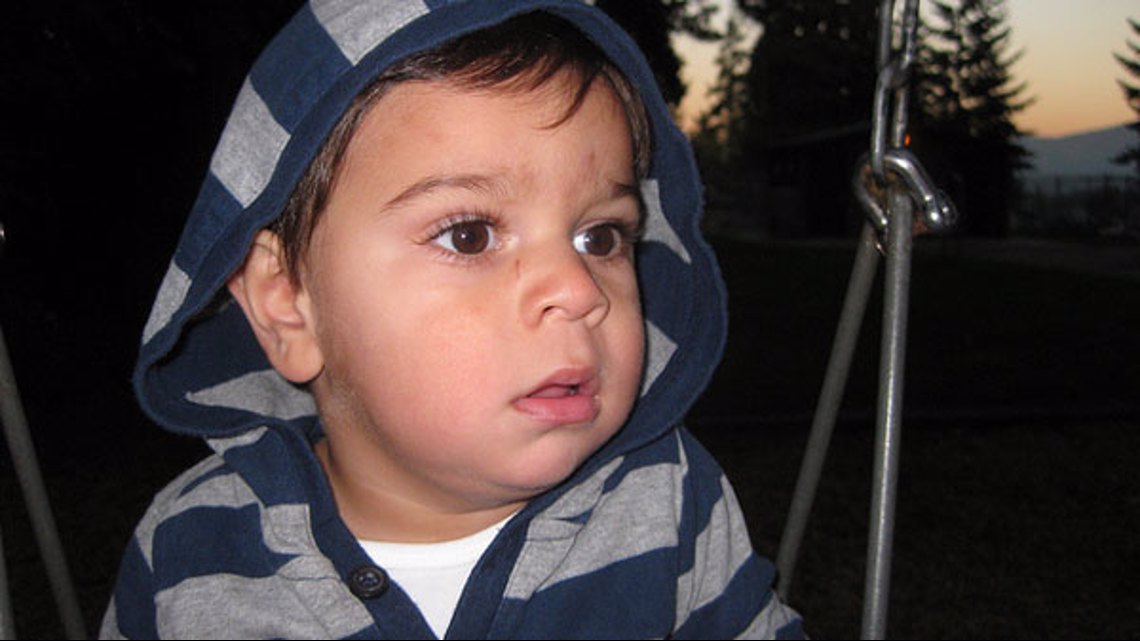 Hosts, Will Johnson and Jessica Noll, speak to KING reporter, Chris Daniels, about his coverage over the years and the case that haunts him to this day. Specifically, Sky’s mother’s refusal to speak to investigators or the media about her son and his disappearance, that shook the entire Seattle area and sparked nationwide searches for the little boy.

"We do believe she knows where Sky is,” Bellevue Police spokesman, Seth Tyler, told KING.

This True Crime Chronicles episode will feature the new police chief, detectives, as well as the grieving father, who believes that one day he will see his son again—even if not on Earth.

In 2017, Bellevue Police released an age-progressed image of Sky, showing what he might look like as a 7-year-old.

If you have information about the case, contact Investigations Capt. John McCracken at the Bellevue Police Department at (425) 452-7658 or (425) 577-5656 or email him at, JMccracken@bellevuewa.gov.

Every City Has Its Secrets

True Crime Chronicles is a weekly true crime podcast from VAULT Studios and TEGNA, hosted by Will Johnson and Jessica Noll, that takes a look at a new case each week. They take a fresh look and deep dive into a case that one of our TEGNA stations has covered and bring a new perspective, updates and interviews with family, police, the accused and the reporter who covered the story. For more about VAULT Studios, visit www.VAULTStudios.com.

You can download and subscribe to True Crime Chronicles on any podcast platform, including Google Play, Spotify and Apple Podcasts.

Co-host, Jessica Noll, is an investigative journalist and podcast producer/host for TEGNA and VAULT Studios. As a National Edward R. Murrow recipient, and a three-time Emmy Award-winning multimedia journalist and storyteller, she’s been uncovering the truth and digging into crime investigations for 17 years in print, TV and digital platforms, including most recently with WXIA, NBC-Atlanta. Her work has been featured on MSNBC, HLN, CNN, Fox News and CrimeOnline w/Nancy Grace.