Catalytic converter thefts are rising dramatically across the city of Toledo, according to police. 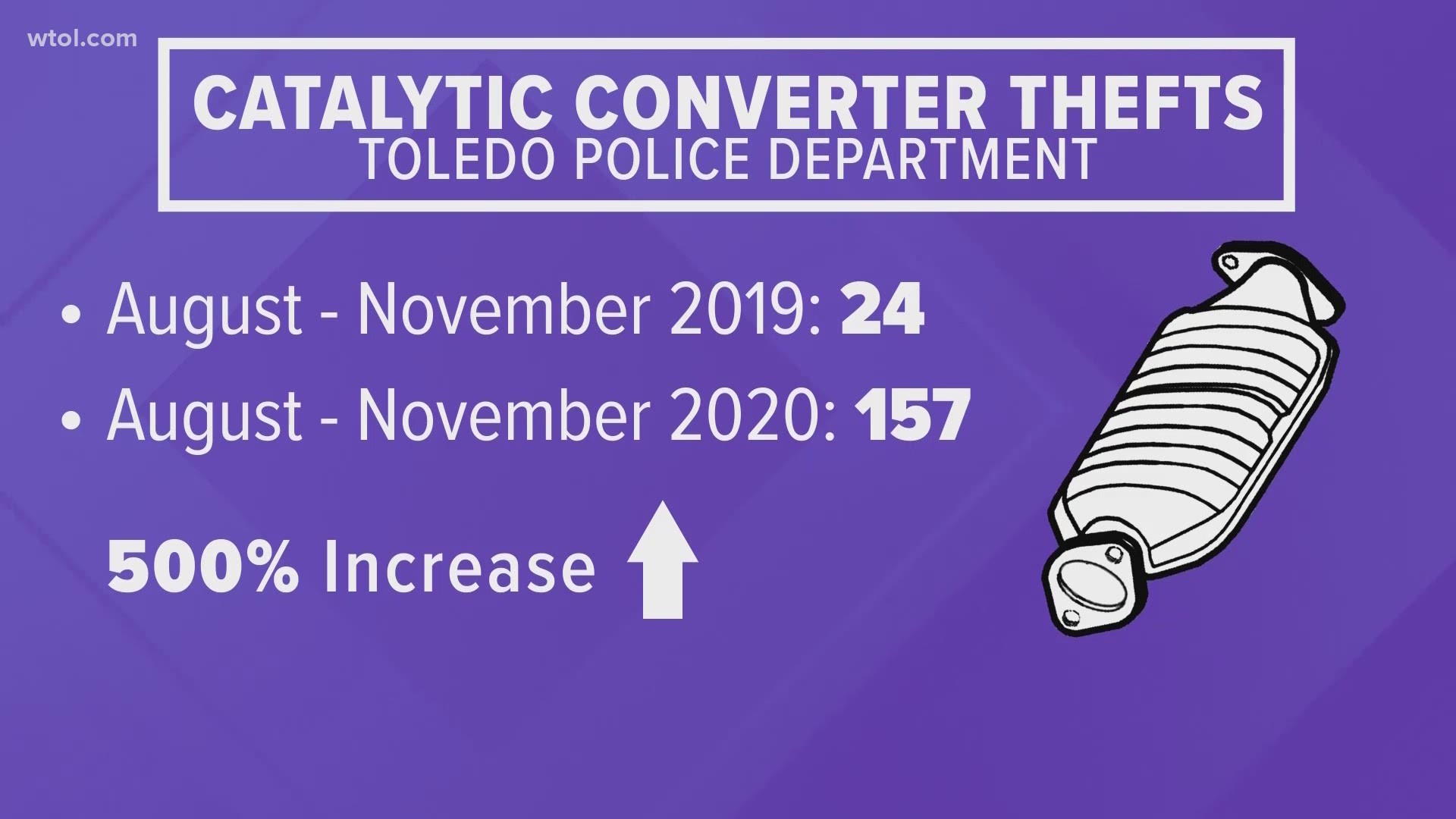 TOLEDO, Ohio — A homeless shelter is suffering a big financial loss after someone stole a catalytic converter from one of their vehicles.

According to the Toledo Police Department, catalytic converter thefts are on the rise across the city. One thief targeted a local nonprofit and their transport van for the crime.

Denise Fox, the Executive Director of the Aurora Project says they've had toys, air conditioning units and gas meters taken from their homeless shelter, but never a catalytic converter.

The converters are installed on vehicles to decrease carbon monoxide emissions, but people steal them because they contain valuable metals. The part is then sold at scrap yards.

The shelter's transportation van was sitting in their parking lot Tuesday morning when the converter was believed to have been stolen. The shelter had the van since 2003 and had just invested $2,600 from a grant to fund a new transmission on the vehicle.

"It's scary because we have a predominantly female staff," Fox said. "We have women and children here and staff, and for someone to just come onto our property and take something, this time of the year, especially... It's disheartening."

According to data from TPD, from August through November of 2019, there were 24 catalytic converter thefts in the city.

"It comes in waves. COVID can definitely play a big part in it," said Officer Andrew Dlugosielski, a spokesperson with the Toledo Police Department. "A lot of people are out of jobs. They could seek this way as a financial means."

The shelter's security cameras didn't capture the thief, nor did their well-lit parking lot deter them.

The shelter will be getting new security cameras soon that will have 360-degree view of the property so they won't see this crime happen again, hopefully.

If you want to make a financial donation to help the shelter replace the stolen converter, you can click here.