According to the Hancock County Sheriff's Office, deputies stopped the driver for speeding and found drugs and a firearm inside. 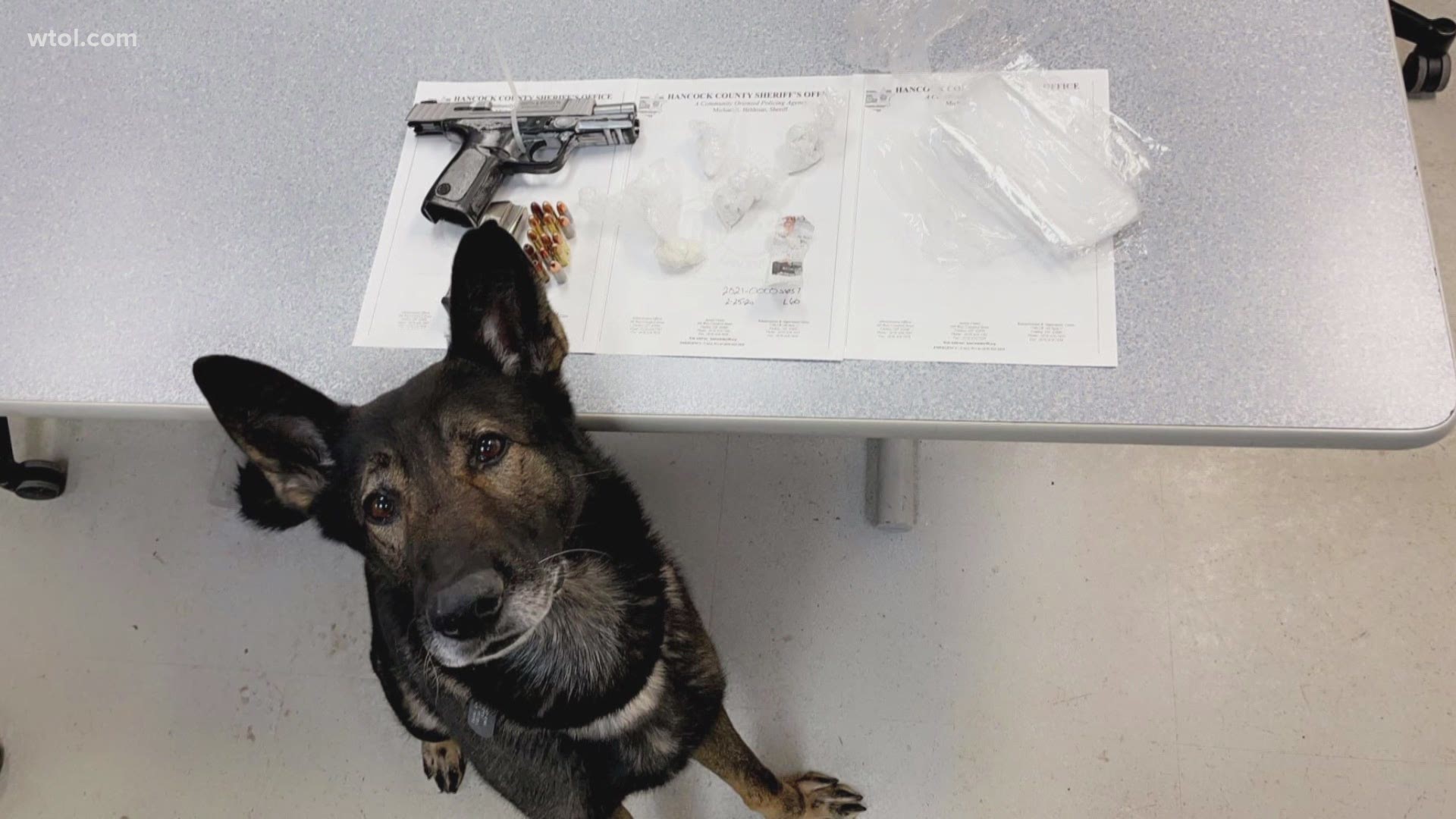 HANCOCK COUNTY, Ohio — A pair of suspects from Michigan are facing drug charges following a traffic stop in Hancock County.

The Hancock County sheriff's officer pulled a vehicle over for speeding in Jackson Township just after 7 a.m. on Thursday. Deputies determined the driver, 27-year-old Anthony Norman from Detroit, did not have a valid driver's license.

According to authorities, the deputies observed criminal indicators and sent K-9 Charlie to search the vehicle. The K-9 officer alerted deputies, who further searched the vehicle.

Norman was found to also have an active warrant through the state of Michigan. Anthony was arrested and charged for not having a driver's license, speeding and was also held on the active warrant.

Both were locked up in the Hancock County Justice Center.