Last month, Ashley Roderick withdrew her plea of not guilty and entered a plea of guilty to the lesser offense of prohibitions concerning companion animals. 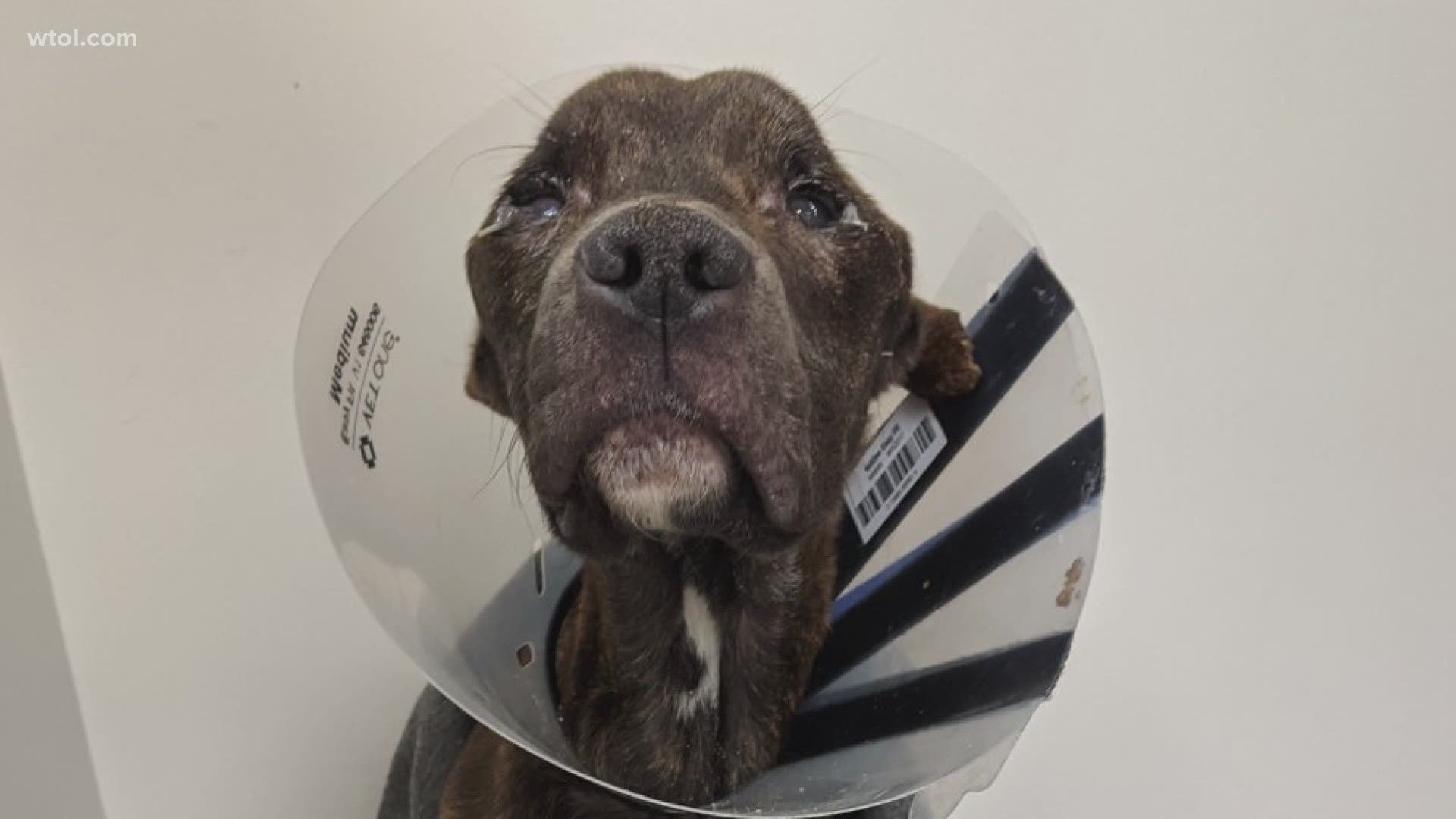 TOLEDO, Ohio — The former owner of a severely neglected dog will spend 180 days at Corrections Center of NW Ohio.

This after Ashley Roderick withdrew her previous plea of not guilty to animal cruelty charges last month and entered a plea of guilty to the lesser offense of prohibitions concerning companion animals, a misdemeanor of the first degree.

Roderick was charged after she surrendered a dog that was described as "almost dead" to the Lucas County Pit Crew in early December of last year.

“I think it sends a very strong message that it’s not going to be tolerated in our community, and our community is resource rich," said Keating. "We have all kinds of animal organizations in northwest Ohio that if you decide you don’t want to own an animal, not a problem.”

The 9-month-old dog, Bogey, was severely dehydrated, emaciated and suffering from several infections when he was taken in, according to the shelter that took him in.

The case has garnered a lot of public interest. People protested at one of her court hearings in January, saying they wanted to see tougher charges.

RELATED: Protests break out at hearing for owner of severely abused dog, Bogey

Bogey has shown amazing signs of improvement after going through surgery and a long fight with his health. He provided inspiration to the community as his struggles to get well were documented by the pit crew on their Facebook page.