According to the FBI and Perrysburg Twp. police, a man entered the Huntington Bank on Oregon Rd. in Perrysburg, brandished a gun and fled the scene with cash. 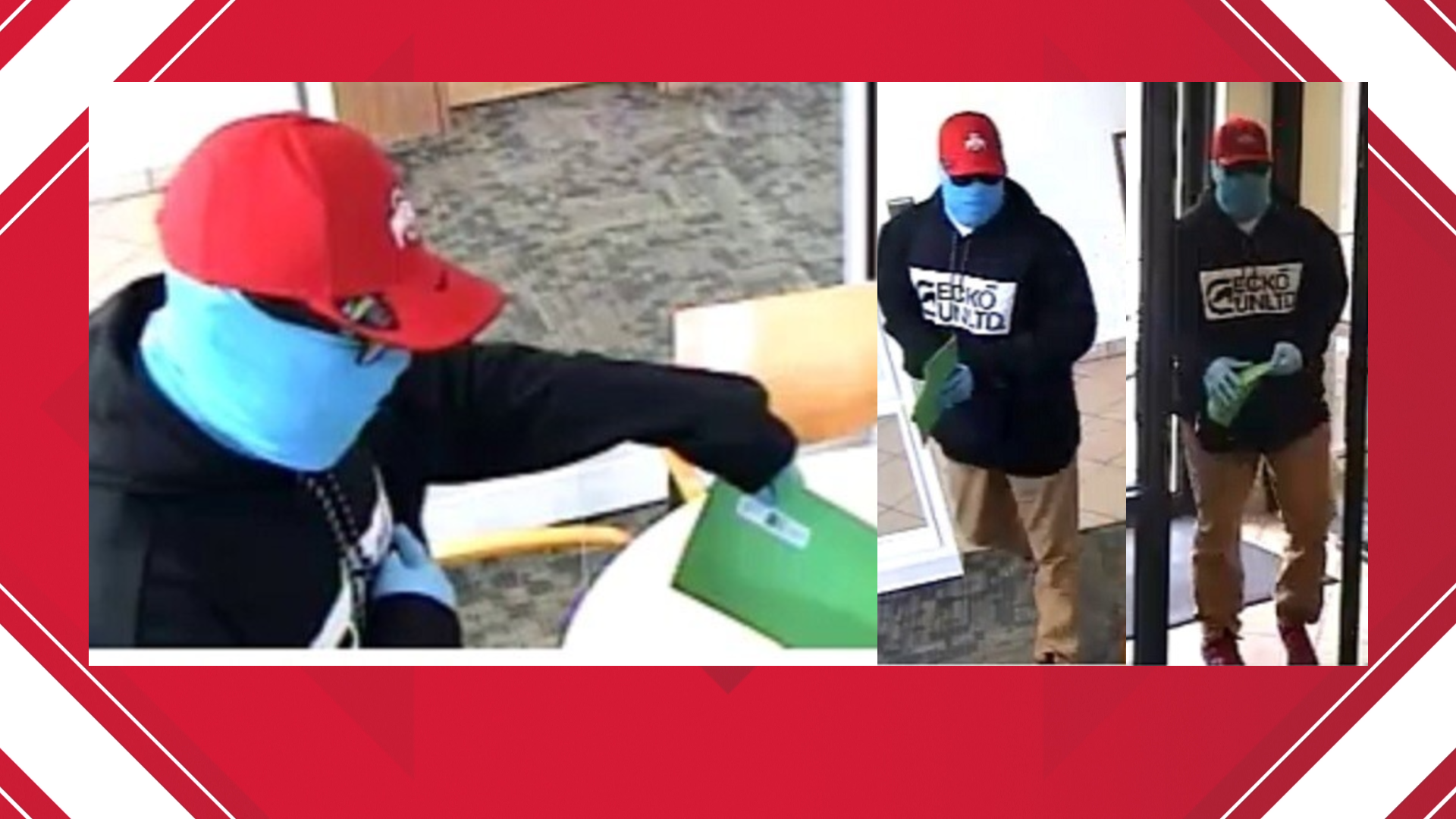 PERRYSBURG, Ohio — A suspect is at large following the armed robbery of a Huntington Bank on Oregon Rd. in Perrysburg.

According to a release by the FBI, on Nov. 5 at approximately 3:10 p.m., a man entered the Huntington Bank located at 28538 Oregon Rd. The suspect verbally demanded money from a teller and displayed a black semi-automatic pistol.

The suspect took an undisclosed amount of money and fled the scene on a bicycle.

He is described as a Black male between 30 and 45 years old, between 6 feet and 6 feet, 2 inches tall and with a thin build. The suspect was wearing khaki pants, a black hooded sweatshirt, a blue neck gaiter, a red Ohio State Buckeyes hat, shoes with red laces, blue surgical gloves and was carrying a black drawstring bag.

This is the second robbery of a Huntington Bank in northwest Ohio within the past month.