Family members think both of their deaths are not a coincidence and are highly suspicious. 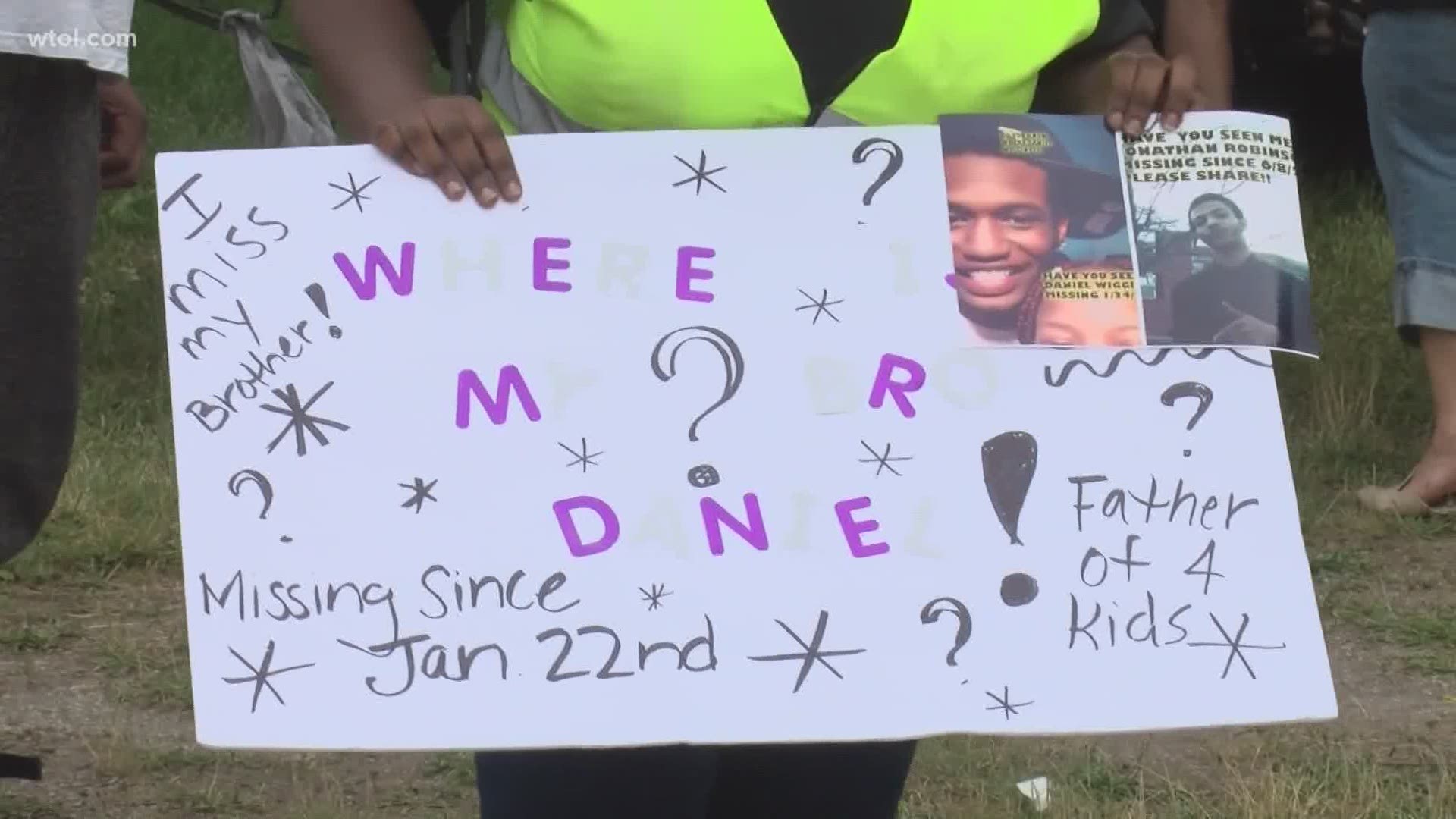 TOLEDO, Ohio — Two devastated families are looking for answers after their loved ones' remains were recovered from Swan Creek.

Click here for a complete timeline of TPD's investigation into Wiggins' disappearance.

Wiggins was missing since January and Robinson since June.

Although the Lucas County Coroner's Office hasn't officially identified the body as of Wednesday afternoon, police believe the body is presumably Robinson's.

Wiggins' and Robinson's family members think both of their deaths are not a coincidence and are highly suspicious.

"Why is it that the police aren't recovering them? It's because of the efforts of the families and the communities that these men were recovered," Kimberly Robinson, Jonathon's mother, said.

Danielle Wiggins, Daniel's sister, said that she feels the police haven't been forthcoming with information.

"They said that they were working with me for cellphone information,.When did I work with you with that? That's a lie right there," she said.

WTOL reached out to TPD for comment on the searches and a spokesperson said they searched the Swan Creek area multiple times for both Wiggins and Robinson, even with drones and canines, but nothing was discovered.

They also said they've worked closely with the Wiggins family throughout the investigation.

Robinson's mom also said she thinks Swan Creek should have a barrier or fence around it so people can't get in.

RELATED: TPD provides update on search for man missing since Jan. who told his fiance people were chasing him

In the early morning hours of June 10, Toledo police stopped a vehicle for running a red light. Police say the driver did not immediately pull over and continued driving before striking a parked car on Gibbons Street.

Upon finally stopping, the driver of the car fled on foot when asked for his identification, according to police.

One officer chased the man who fled, jumped a fence, and fled into the woods where the officer lost sight of him. The other officer stayed with the vehicle and communicated over the police radio that his partner was in a foot pursuit.

Three additional people in the car, including a 14-year old girl, all provided different names for the driver. The car was registered to a woman with a Ypsilanti, Mich., address and was towed for being involved in a hit/skip accident.

On June 20, Kimberly Robinson spoke to the Telephone Reporting Unit and reported her son, Jonathan Robinson, was missing. She stated that her son was involved in a hit/skip accident.

Missing Persons Detective Muszynski spoke with Ms. Robinson on June 22. Robinson advised that she had not seen or heard from Jonathan and that he had only been in Toledo for a short time.

On June 24, Detective Muszynski spoke with Megan Klempner in the 100 block Gibbons. Klempner said she was a friend of Robinson’s for two days and that he told her he was staying in the downtown area. Klempner was in the vehicle on June 10.

The detective also spoke with neighbors who stated they did not hear or see anything in relation to a missing person. The detective also checked with the Cherry Street Mission to see if Robinson was seen there, but he was not.

On June 25, the detective again spoke with Robinson and she was told a search was being held that day. Toledo police searched the area from Gibbons and Chester, and Hillside and Chester, and behind the railroad tracks. The search continued on the opposite side of Western in the area of Walbridge and Dale then followed along the creek back to Western.

The next day, Black Swamp Search and Rescue joined Toledo police in the search.

The search and rescue group also brought three cadaver canines. The deployment report stated that no human remains were detected in the search area. All three canine teams showed interested in the creek but no definitive indication was given. Robinson was advised of the search results.

Also that same say, the Cherry Street Mission was checked again. The detective then checked a police database which would indicate if Robinson would have been arrested by another jurisdiction. The database still showed an outstanding warrant out of Michigan for Robinson, meaning he had not been arrested by another jurisdiction.

On June 29, the city of Toledo administration ordered an assessment of the Swan Creek area in order to determine a plan for the area to be cleared of brush and debris to better facilitate a search.

On June 30, a City of Toledo Sewers and Drainage employee located the deceased person in the water and called 911. Toledo Fire and Rescue responded to the scene and removed the body. An autopsy will be completed by the Lucas County Coroner’s Office. 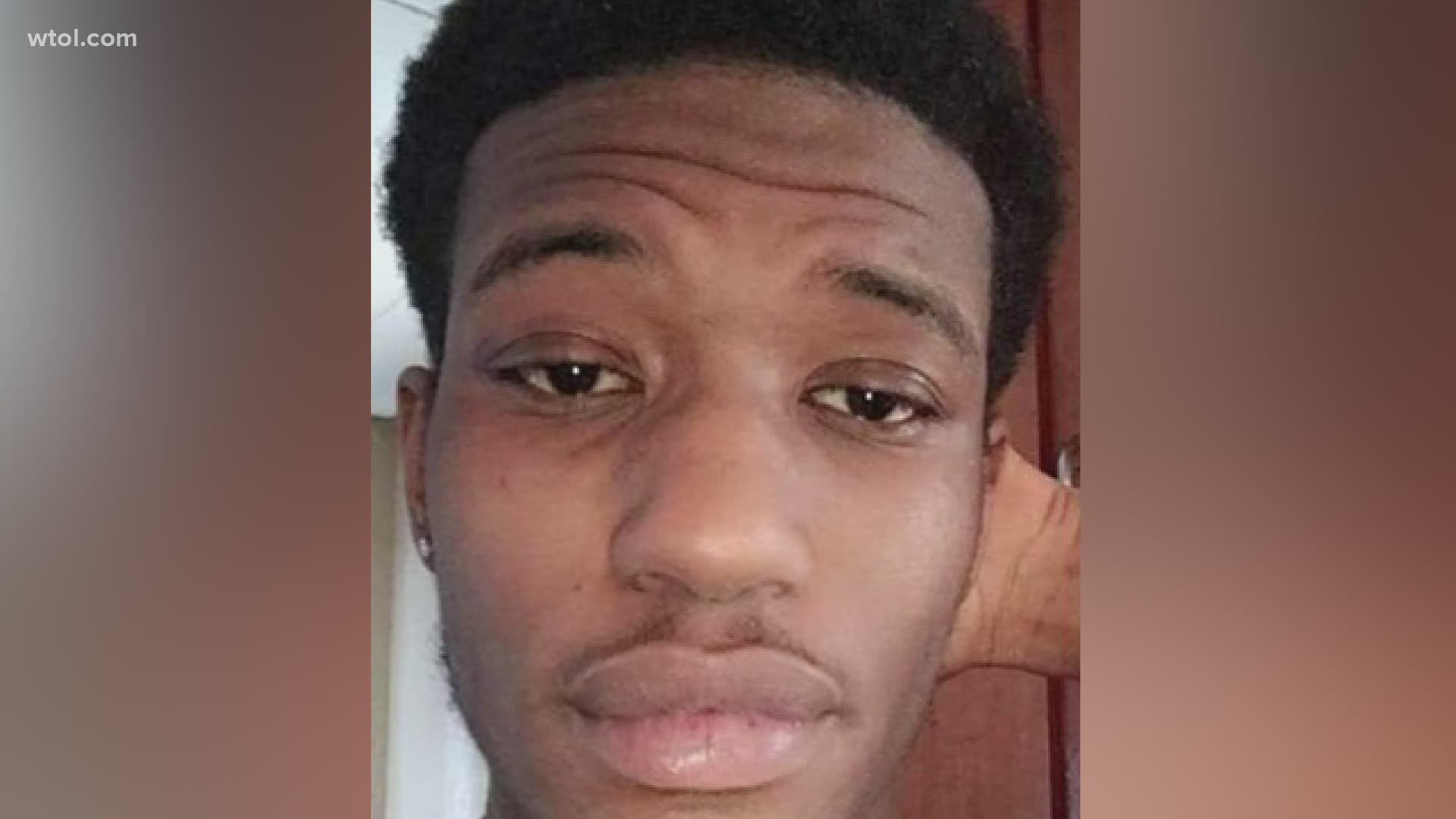