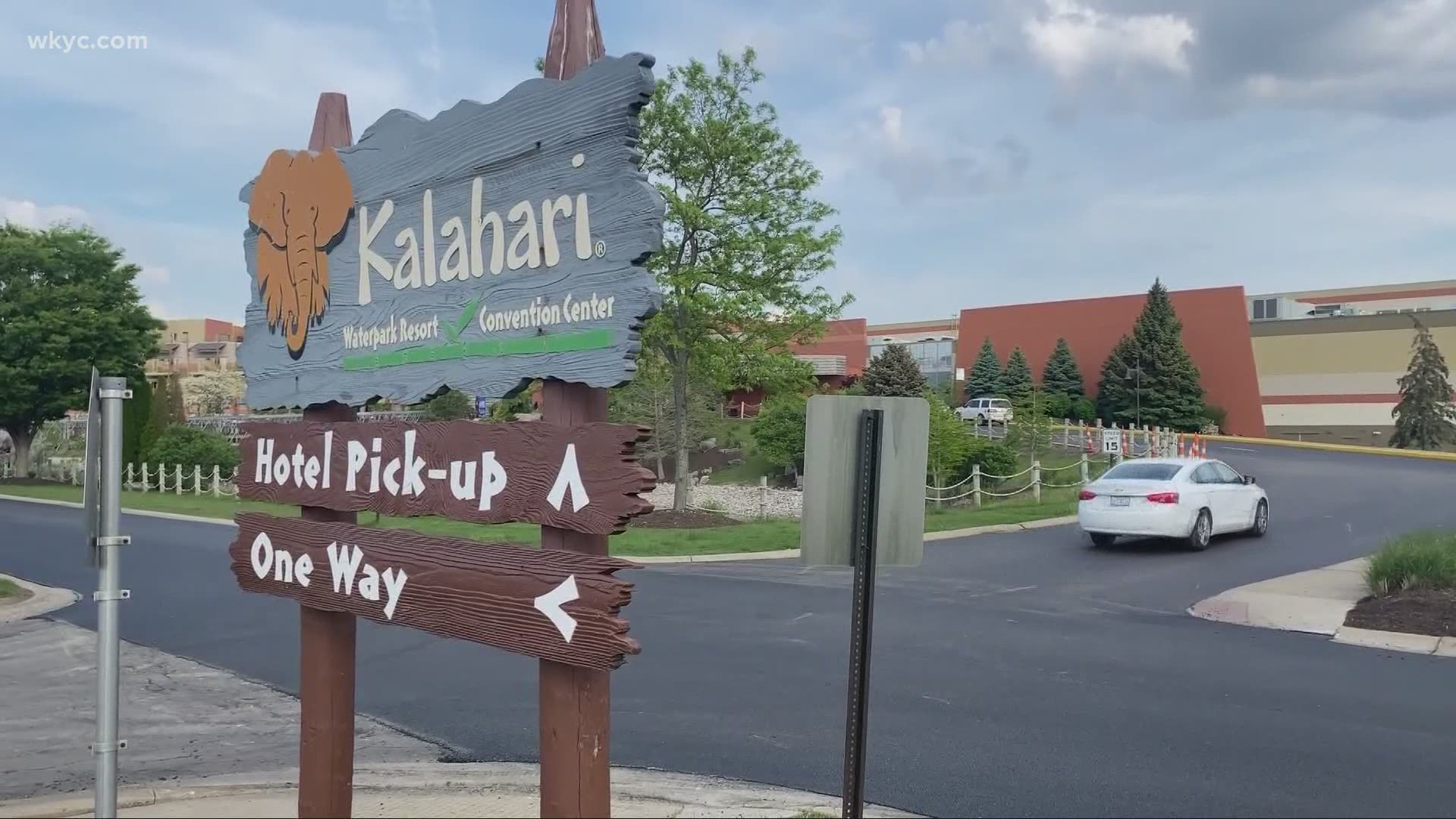 "We have noticed an increase in calls for service at Kalahari, particularly violent crimes and disturbances, a lot of domestic violence calls, a lot of calls related to alcohol," said Sigsworth.

Two people were arrested and one is charged with multiple felonies following a large fight at the park Monday evening. Witnesses told sheriff's deputies the incident began when someone cut in line for the park's surf ride. One man picked up a woman and threw her to the ground.

On Wednesday, officer body camera video (which can be partially seen in the player above) was released showing the bloody and chaotic scene, which officers say was fueled by overconsumption of alcohol. One man who struggled with officers was tazed and arrested.

Sigsworth says there have been more than 100 service calls to Kalahari in the last two months, ranging from a simple traffic ticket to a shootout in the parking lot two weeks ago.

As many as 10 rounds were fired in the shooting incident, but no one was injured. Evan McKinney, 18, of Toledo was arrested by deputies and charged with attempted murder, felonious assault and a weapons charge. A second suspect is still at large and has yet to be identified, and Sigsworth believes he may be from the Cleveland area.

3News dug through incident reports from the sheriff's office and found dozens of reports for assault, disorderly conduct, and domestic violence. There have been at least 31 incidents so far this year -- most of them occurring in the last two months.

"There's alcohol everywhere, plus you got this crazy COVID stuff running around," one park visitor surmised.

The sheriff isn't sure about blaming the release of pent-up pandemic fatigue, but he is pointing the blame at the intoxicated park visitors.

"The issue seems to be the overconsumption of alcohol," he said. "That seems to lead to most of the problems that we have there."

Sigsworth notes most of the problems at the resort happen in the evening to overnight hours. His department will be increasing officer patrols around the property, but he does believe Kalahari could do more to help keep the peace.

Kalahari Resorts did not respond to our multiple attempts for comment.