This stabbing came just days after a series of stabbings within a 30-minute period in Downtown Austin on Thursday night. 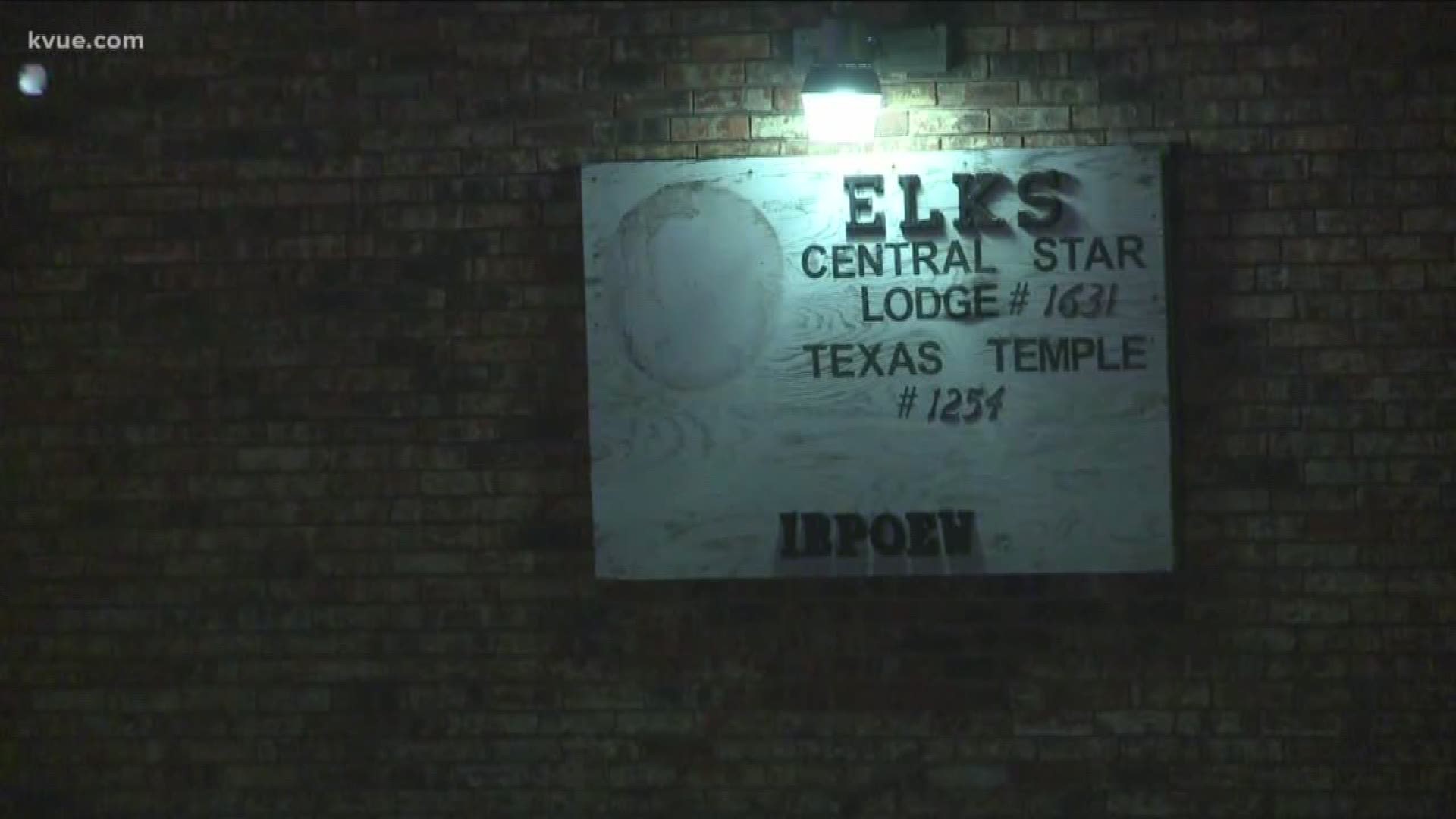 AUSTIN, Texas — The suspect arrested after a stabbing at Elks Lodge near Highway 290 in East Austin on Sunday has been identified.

Vernon Wayne Mooney, 62, was taken into custody by police in connection to the stabbing, according to an arrest affidavit.

The affidavit states that police arrived at the scene and the victim, identified as Jose Urena, was already being taken to Dell Seton Medical Center in serious condition with multiple stab wounds. Police said Mooney was pinned to the ground by several people who identified him as the person who stabbed Urena.

Police placed Moody into handcuffs and found a hunting knife in his jacket pocket after frisking him.

While at the emergency room, Urena also positively identified Mooney as the suspect with "100% certainty," the affidavit states. Police said Urena had four stab wounds.

According to the affidavit, Mooney stabbed Urena after being told to leave Elks Lodge for ignoring requests to take off his hat and being "repeatedly discourteous to female guests." Urena told police that after asking Mooney to leave, Mooney stood up, walked toward the door, then started stabbing him.

Mooney admitted to stabbing Urena twice when talking with police at the Travis County Jail. Mooney also said the victim was blocking him from leaving Elks Lodge and said Urena attacked him without reason, according to the affidavit. Mooney also told police that "no one at the club ever spoke to him about wearing the hat inside the club because the hat stayed on the table until he put the hat on his head to leave."

In response to this incident, Gov. Greg Abbott tweeted on Sunday, "ANOTHER stabbing in Austin. This seems like a daily report. What is happening in Austin leading to this increase in stabbings? We'll work to get some answers."

This stabbing comes just days after a series of stabbings within a 30-minute period in Downtown Austin on Thursday night. Raeshala Morris, 33, was arrested in connection to those stabbings. She reportedly told police she stabbed five people, but officers said at the time that there were only three confirmed victims, a police report said. Two of those victims were taken to a local hospital with non-life-threatening injuries. APD said video they obtained potentially showed an additional victim that had not been identified and police asked that any additional victims come forward.

Series of stabbings reported in Downtown Austin within 30-minute timeframe

On Sunday morning, UT Austin Police Chief David Carter confirmed that two UT students were involved in a Sixth Street stabbing. Carter said that he was alerted by a professor that a second student was attacked on Sixth Street. UTPD then notified APD.