Toledo Mayor Wade Kapszukiewicz questioned how someone whose family says was suffering from mental illness was able to legally have handguns. 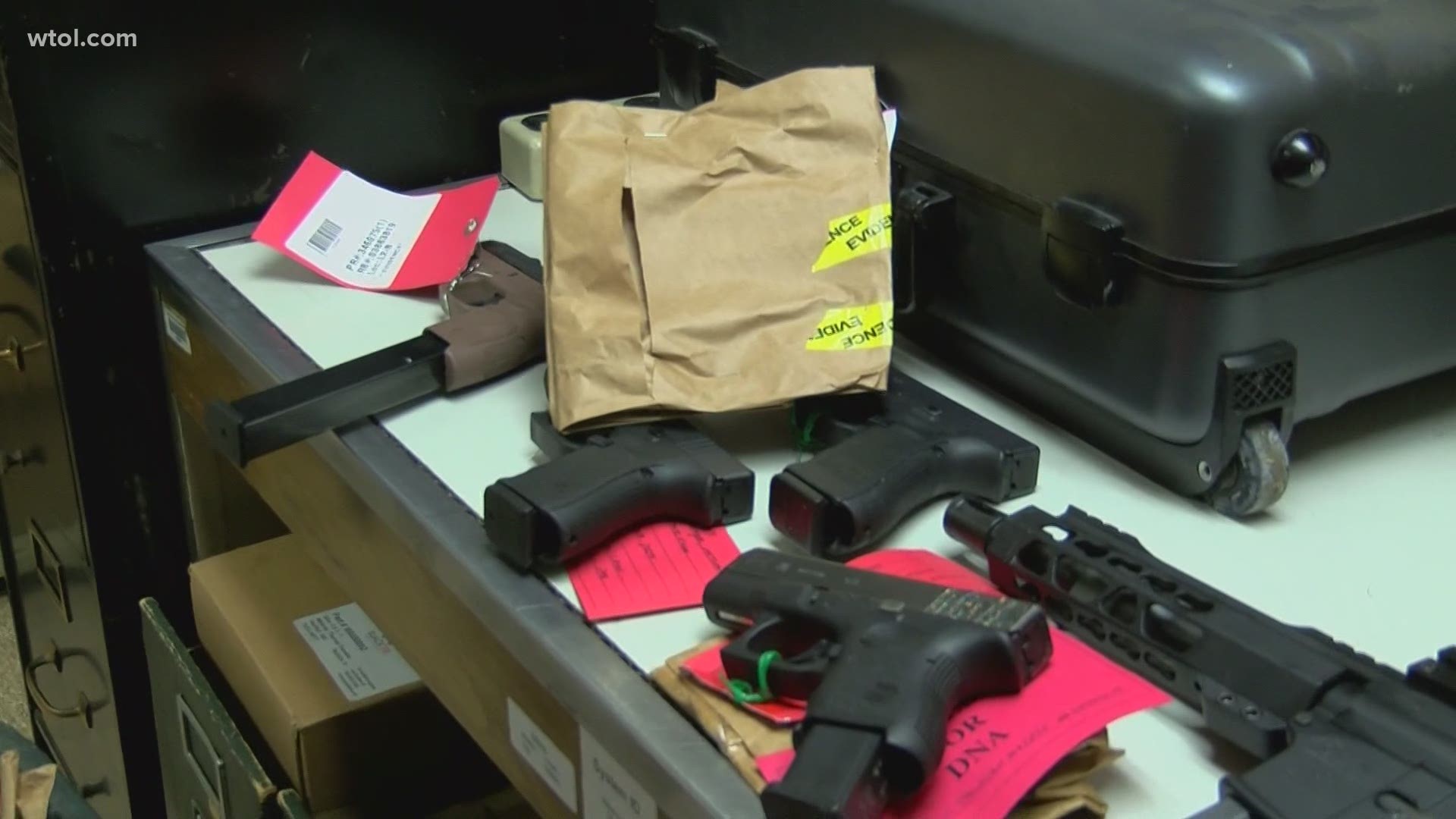 TOLEDO, Ohio — In the days following a central Toledo standoff, which led to the death of Toledo police officer Brandon Stalker, many are questioning what could be done to prevent similar incidents in the future.

The person who killed 24-year-old Stalker, Christopher Harris, was shot and killed by police, after he came out of a home firing with two legally-registered guns.

He questioned how a person whose family says was suffering from mental illness was able to legally have handguns.

"I believe we need to redouble our efforts at the state level or federally to make sure our officers can know when they encounter a situation...if there's someone with a documented mental illness or who has been through the system, that I want our officers to know that. I don't want HIPPA regulations standing in the way," Kapszukiewicz said.

Crystal Harris, Harris' mother, shared that her son knew something was wrong with his mental health, but it was difficult for him to accept, and when she tried to get him help, he would always refuse.

Toledo Police Chief George Kral noted during Wednesday's conference concerning posts made by Harris on social media, on which he went by the name "Danny Love."

Officers found posts that read, "I will legit be setting the world on fires soon. Take heed and enjoy the moments with your loved ones," and "Don't worry, I'm not going to jail. They're going to have to kill me."

Kral said there were also posts mentioning the phrase, "Jesus is Black," mirroring the spraypaint found on the church walls at the Rosary Cathedral.

So far, three local representatives in the Ohio Statehouse have returned requests for comment.

"Last General Assembly, the Democratic Caucus proposed a number of bills that were common-sense gun bills. The vast majority of Ohioans want common-sense gun safety measures.  Red Flag laws are constitutional and protect individuals and communities by ensuring that guns are in the hands of the responsible owner.

When I was Mayor, I also advocated for the safe storage of guns and the City of Toledo provided gun locks to owners."

“When Ohioans called upon state officials to 'do something' after the tragic mass shooting in Dayton, they meant it. Unfortunately, despite overwhelming popular support for commonsense gun laws, majority leaders in the Ohio House and Senate have refused to act.

The relationship between mental illness and violent crimes has been researched. According to the American Psychological Association, people with serious mental illness commit around three percent of violent crimes. What is a major factor in these events, however, is access to lethal and deadly weapons. We must recognize that if someone possessing a firearm presents a clear danger to themselves or others, there should be a mechanism in place to safely defuse the situation. Namely, removing their access to firearms.

Red flag laws do not represent an arbitrary seizure of firearms by the state based on frivolous accusations. Each petition made under a red flag law must be heard in court, evidence must be presented to and evaluated by a judge, and there is a path for the return of firearms once there is evidence that the subject no longer presents a threat.

Ohioans deserve to feel safe and secure in their communities. We should be doing everything we can to ensure this reality.”

“First off, I want to offer my condolences to Officer Brandon Stalker’s family, friends, and colleagues – this is such an indescribable tragedy and Officer Stalker shall be commended for his bravery in the line of duty. Regarding news reports of the suspect’s mental health, the investigation pertaining to the shooting is still pending and I will continue to monitor this situation as facts are released to the public. Current Ohio law prohibits a person under disability from knowingly acquiring, having, carrying, or using any firearm or dangerous ordnance. As we consider legislation on a variety of issues, mental health and all of its complexities, it is certainly an issue we will continue to focus on. This is in part why I voted to support the last operating budget, which included record-funding for schools – part of which went towards the Student Success and Wellness Initiative that supports mental health services. Additionally, I cosponsored House Bill 12 authored by the late Rep. Don Manning that was signed into law creating a stakeholder group to support children with mental health disorders.”

RELATED: Gov. DeWine orders flags in Columbus to be lowered at half-staff in honor of fallen Toledo police officer

Officer Stalker's funeral is scheduled for Tuesday, Jan. 26 at 10 a.m. at Savage Arena. The service will be open to Stalker's family, friends, and law enforcement only. Residents are encouraged to line the route when it is finalized and announced.