Closing arguments came to a close Friday afternoon in the case that left a 3-year-old dead. 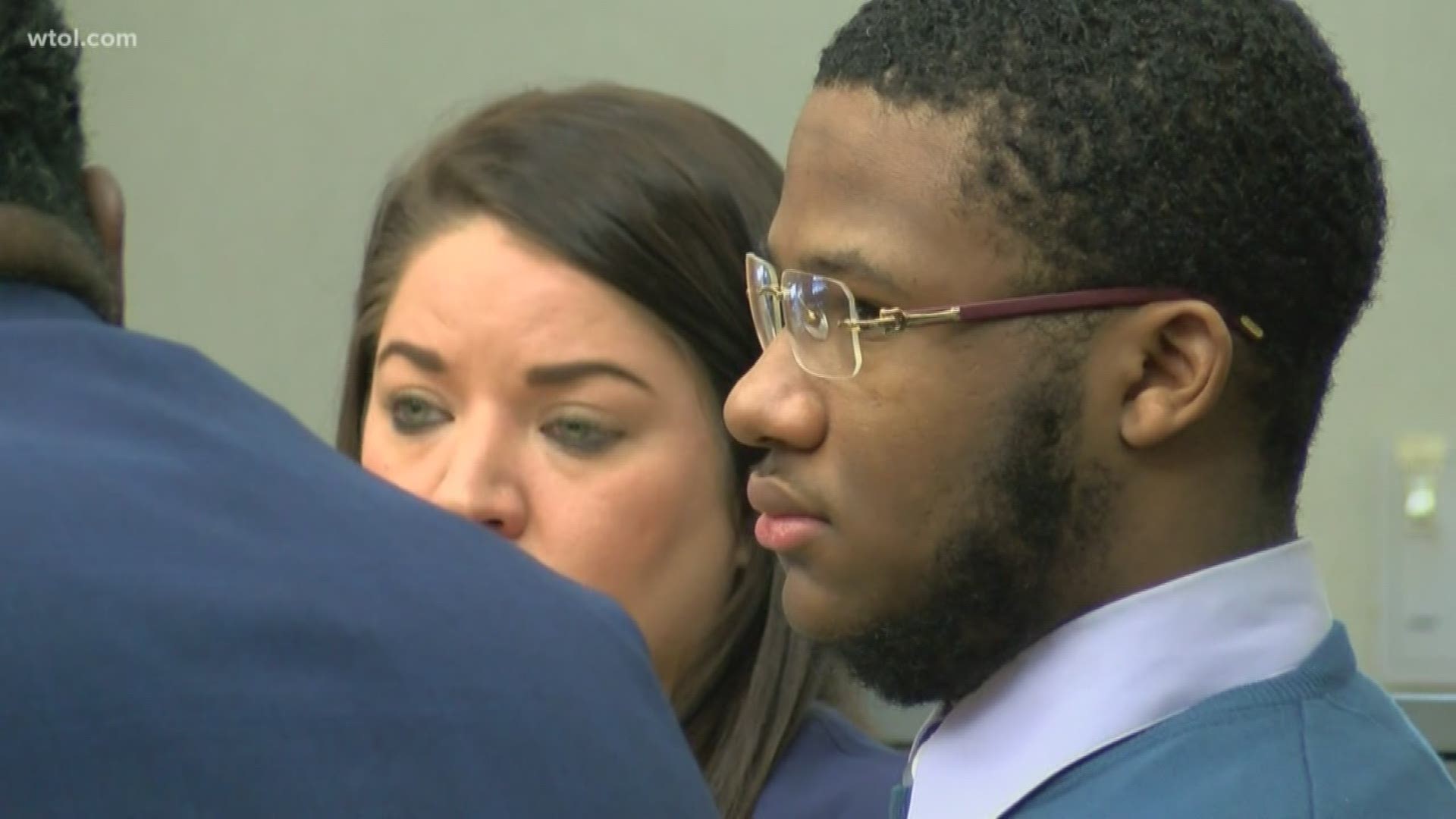 K'veon Giles and Matthew Smith are charged with murder following the 2018 incident that took place on Thanksgiving night.

According to police, a car pulled up next to Anthony Barnes' vehicle that had three children inside and opened fire. Barnes' 3-year-old son Malachi was shot in the head.

On Thursday, the court heard from the state's key witness, co-defendant Andre White. White also was charged in the case and pleaded guilty to lesser charges of complicity to involuntary manslaughter and complicity to felonious assault in exchange for his testimony.

Neither Giles nor Smith took the stand.

Early Friday afternoon, the judge ruled that complicity instruction would be allowed with each count.

The jury is set to begin deliberation. At this time, it is unclear if a verdict will be determined Friday or if deliberation will continue into the weekend.

If convicted, here is a look at the possible sentences Giles and Smith could face:

If they are found guilty of aggravated murder:

If found guilty, the judge would select which of those four options fit the crime.

If they are found guilty of murder:

If they are found guilty of felonious assault:

Here is an in-depth look at how Friday's proceedings played out:

According to the state, the key to the case is the vehicle used in the incident, a white Chevy HHR. Smith's mom owns the car and Smith can be seen arriving to the America's Best hotel in that same vehicle.

The state also said that police have taken fingerprints from the vehicle that, after going through a database, matched with K'veon Giles 48 hours after the crime.

Smith and Giles both pinged off of the same cell phone towers moving north along I-75.

The state claimed that Giles and Smith saw an opportunity, made a plan and executed i

However, Smith's attorney continued to call into question White's testimony, saying he's been convicted in two deaths, but claims he didn't do anything in either case.

Smith's defense said that nobody really knows what went on in that car.

The prosecution said that Malachi's family will never be able to give him the advice to not play with guns or to choose his friends wisely. 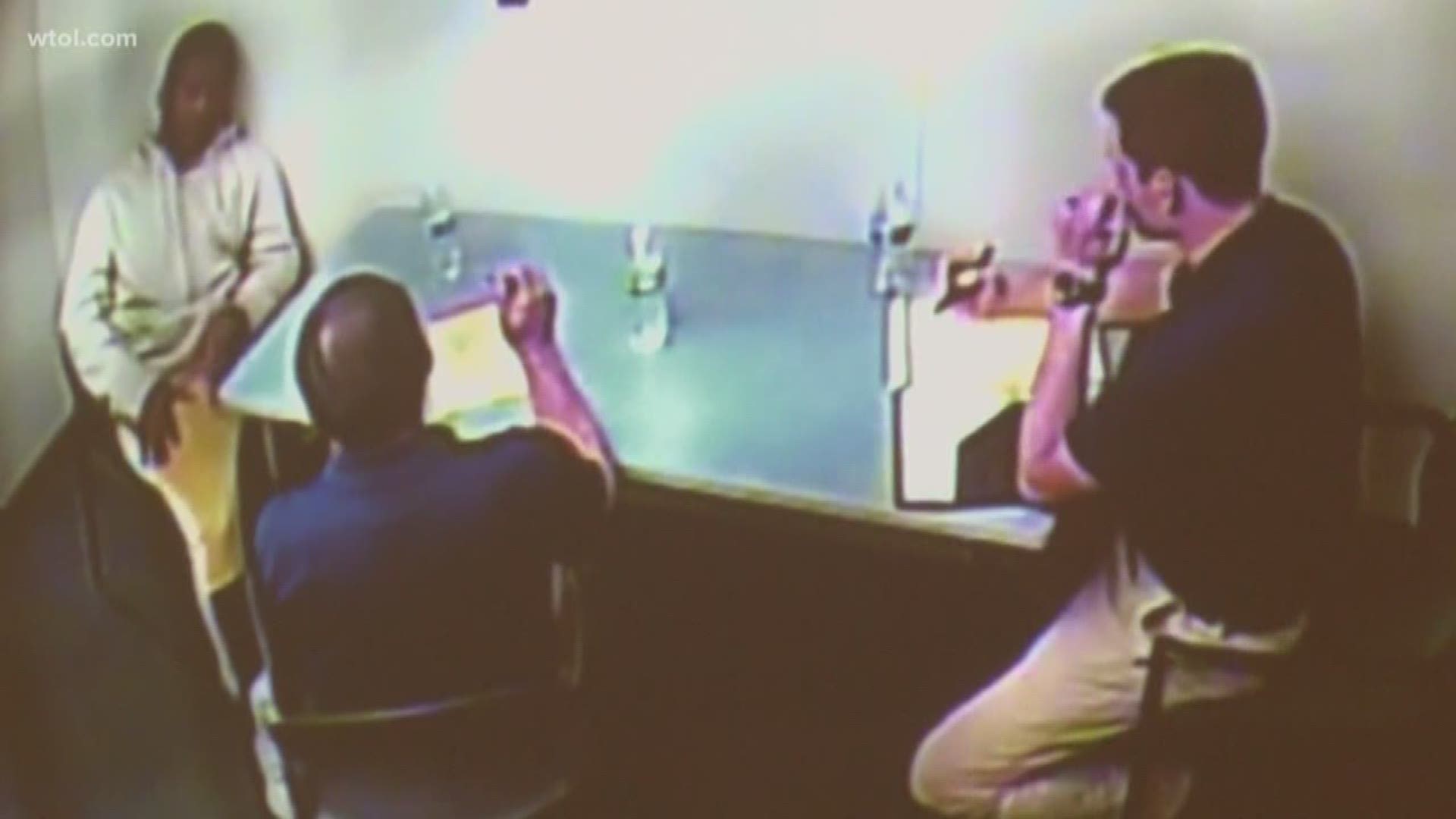 The court on Friday was shown video demonstrating a police interview with Matthew Smith. Police can be seen reading Smith his Miranda rights.

Smith said in the interview that he went to his grandma's house around 5 p.m. the night of the incident. Then around 6:45 p.m., he went to visit the mother of his child. After that, he stated that he went to see his uncle at his grandpa's house and left around 9 p.m. that night.

Smith said that around 9:45 p.m. he picked up his friend Kobe. He said they stopped at a gas station before picking up several others, who go by the names of Fat Tay, Dre and Day Day. They all drove to a party in Toledo.

Smith told police he was at the party for awhile. Then, he said he went to a hotel room to stay for the night. Smith said he didn't stop anywhere else.

However, in the tape, detectives challenge Smith on that claim, saying he made a stop at another hotel.

Smith then told police that they tried to get another hotel room, but weren't able to. He said they were inside for a few minutes, then did a circle around the parking lot before heading to the expressway. Smith said he didn't see anybody he knew at the hotel.

He said the car was pulled over briefly because he had an argument with Dre, but they got back on the expressway shortly after.

The interview tape then shows a detective pushing Smith to tell them about the guns.

Smith replied by saying that Fat Tay and Day Day were shooting out of the car in the air. He claimed that no one was shot on the expressway.

Smith can be heard saying at the end of the tape:

"They're trying to make it seem like I did something. I'll walk."

He was placed under arrest afterwards.

On the stand, the detective told the court that Smith had been hesitant with every question throughout the interview.

The detective recalled a police interview with co-defendant Andre White on Jan. 17, 2019.

The detective said that White identified people shooting in the vehicle twice in his statements. At that point, White had not yet made a plea deal.

The detective mentioned that based on cell phone records, Giles' phone pinged off the same cell phone towers as Smith's on the night of the shooting. This aligns with what White had testified on Thursday.

The state officially rested its case around 1:45 p.m. Friday afternoon.

The defense did not present any witnesses or evidence. Defendants Smith and Giles did not testify.

This story will be continually updated as the trial continues. Check back with WTOL for the latest updates.