Jackie Dickens and Torey Cordland were arrested after allegedly holding a woman in a locked room for several days, burning part of the woman's head and hair. 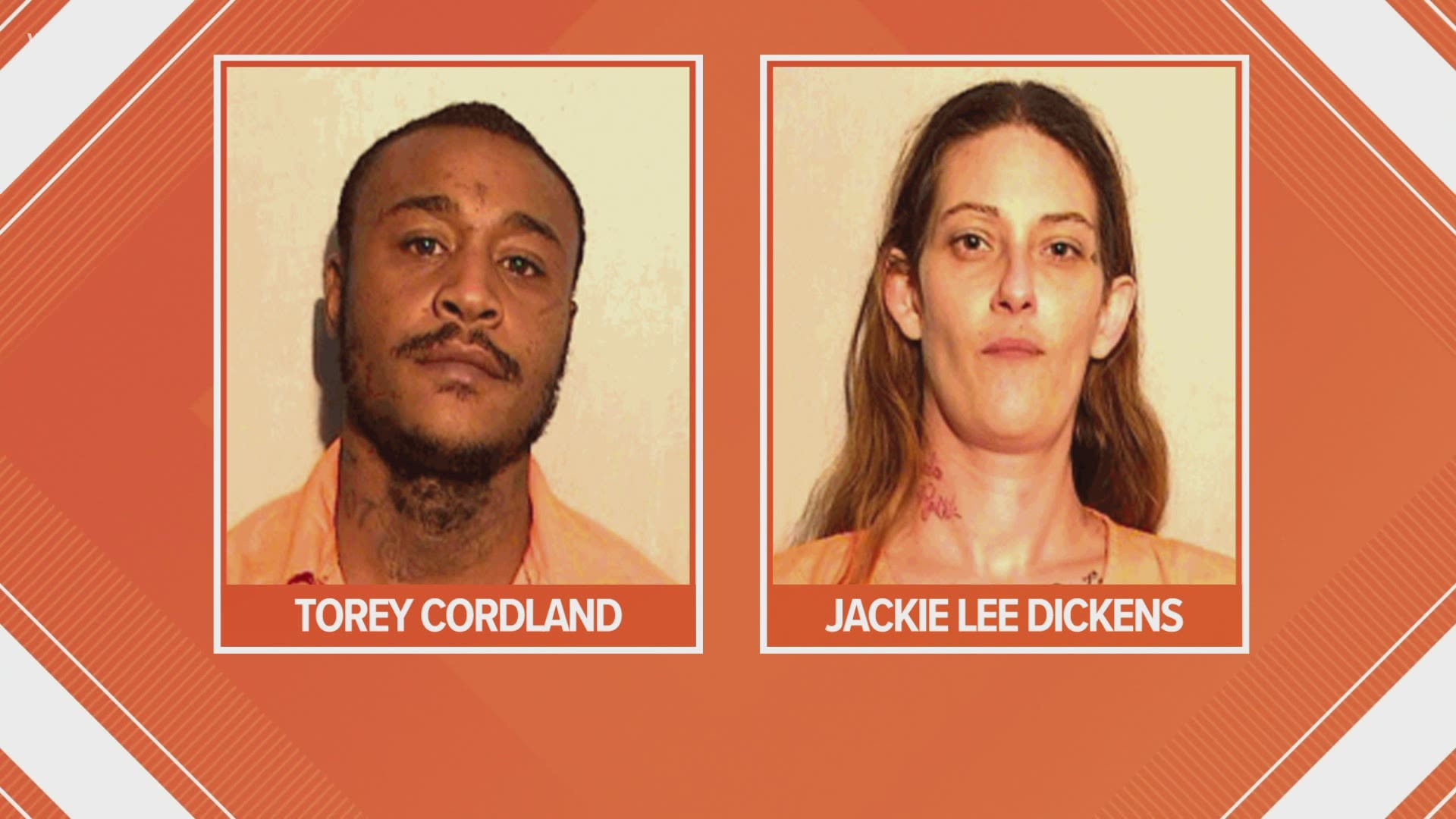 TOLEDO, Ohio — Two Toledoans were arrested on Oct. 19, charged with kidnapping after allegedly holding a woman captive earlier this month in a bedroom locked from the outside with windows that were screwed shut.

A warrant had been issued for the arrests of Torey Cordland and Jackie Dickens earlier this month after a victim reported to police that on or around Oct. 1, she had been confined to a bedroom for several days by the pair.

The victim states she was struck multiple times on the head, face and body by Cordland and Dickens over the course of several days while held captive.

According to police, Dickens is also accused of using flames from an aerosol spray to burn the upper left side of the victim's hair and head.

Both were booked into the Lucas County Corrections Center by Toledo police on kidnapping charges. Dickens also faces charges of felonious assault.