Derek Chauvin's attorney revealed in court that BCA investigators apparently missed drugs belonging to Floyd in the back of a police car. 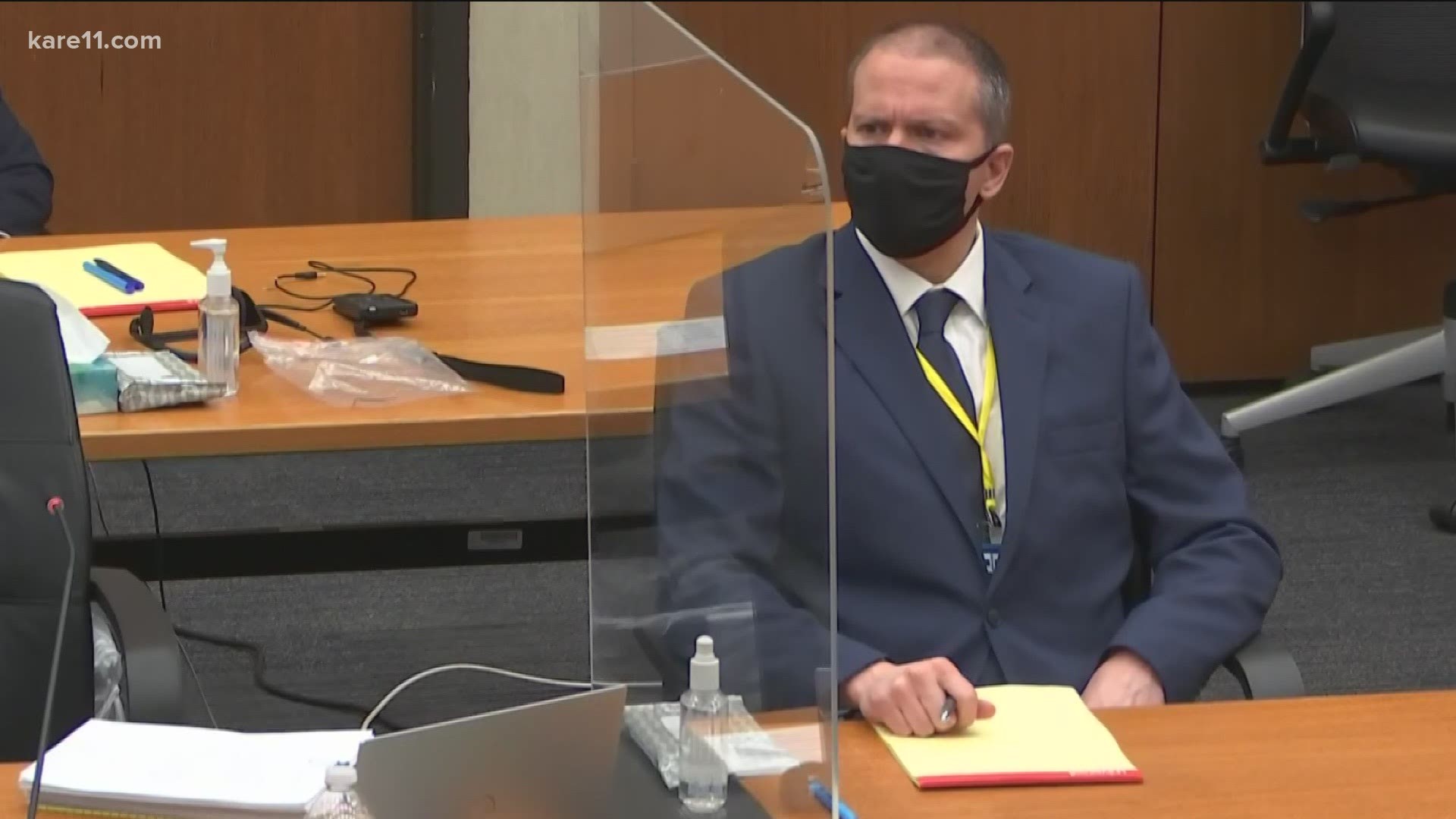 MINNEAPOLIS — During routine motions Monday afternoon, Derek Chauvin's attorney Eric Nelson revealed that investigators apparently missed something in the back of the police car officers tried putting George Floyd into the evening he died.

"It was very apparent what was in Squad 320 was controlled substances," Nelson said.

The Minneapolis Police Department squad car has been in storage at the Minnesota Bureau of Criminal Apprehension garage pending this trial. One day a couple months ago, Nelson, along with the other defense attorneys and some staff members, went there to look over the car.

Inside, Nelson said they spotted some chewed up pills and a full pill. And the state tested them.

"They are in fact methamphetamine and fentanyl, and they contain the DNA of George Floyd," Nelson said.

The implication is that the drugs were in Floyd's mouth, and he spit them out when the former officers were trying to place him in the police car.

The state has given no explanation how the BCA could have missed that potential evidence.

Nelson brought it up Monday in the course of arguing for the 2019 arrest of George Floyd to be allowed as evidence, which Judge Peter Cahill said he most likely will not allow it.

But the drug evidence itself will likely play a key role in Chauvin's defense. They plan on claiming Floyd died of a drug overdose rather than from Chauvin's knee on Floyd's neck.

In December, the BCA had to search Floyd's car a second time, because they failed to collect some pieces of evidence. According to a search warrant, they ended up finding fentanyl and meth.