Body camera video shows 50-year-old Michael Clifton pointing a gun at himself then toward police before officers started shooting. 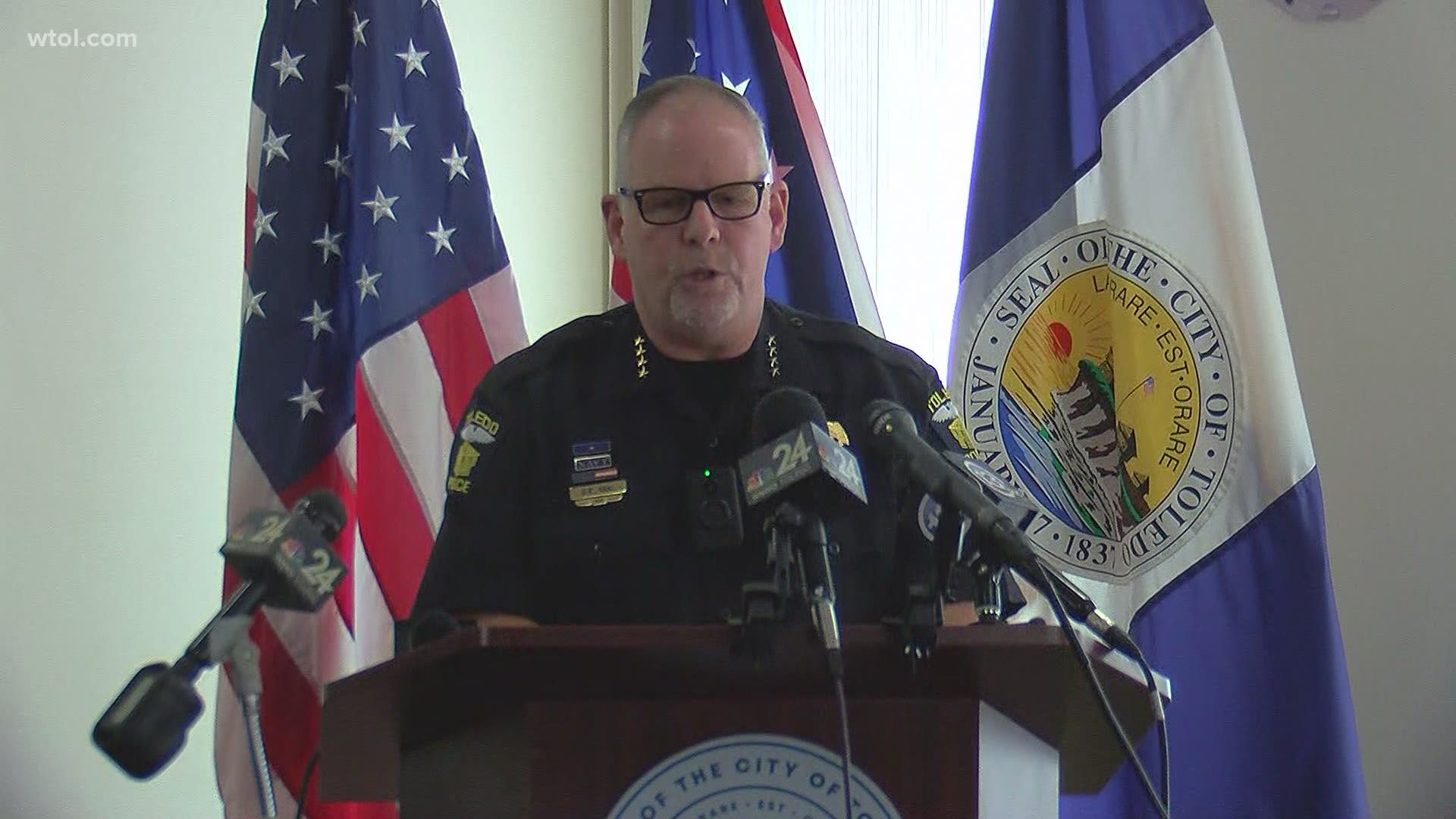 TOLEDO, Ohio — A Lucas County Grand Jury determined no charges will be filed against any of the officers involved in shooting and killing Michael Clifton in July.

Body cam video shows Clifton raising a loaded handgun to his head then bringing it up toward police officers before seven officers fired more than 50 shots.

Toledo Police Chief George Kral released the footage during a news conference following the incident addressing the death of 50-year-old Michael Clifton. While Clifton had the gun to his head, a negotiator can be heard pleading with the man to drop the weapon and think about his family.

"This was an unfortunate ending that was forced on us," Kral said. "This was suicide-by-cop if there ever was one."

After minutes of negotiating, Clifton can be heard saying, "I feel sorry. I apologize for whoever has to shoot me. Please forgive me. But we've got to do this."

RELATED: Suspect shot and killed by police after leading officers on chase from Michigan to Toledo; 2 troopers placed on leave

RELATED: 'I just want to know you’re okay' | Mother pleads for return of her daughter, missing from the Old West End

At that point, Clifton removed the gun from his head, pointed it at the ground, and slowly raised the weapon up to officers. The negotiator repeatedly says, "This can be fixed" and "Let's not do this" in the moments prior.

Credit: Toledo police
Michael Clifton, 50, was shot and killed by police after holding a gun to his head, undergoing negotiations and then raising a gun toward officers, body cam video shows.

The Toledo police officers involved are:

Kral said a month ago, police received a call that Clifton was holding a gun to his head around his 10-year-old daughter. He was checked into to St. Charles Hospital.

Kral said if anyone suspects a family member is suffering from mental illness and has access to weapons, police should be called.

"If I had a family member who I knew had mental health problems and had guns, I would call local law enforcement to get them out of there," he said. "The last thing you want [in that situation] is a firearm in the house."

WTOL 11 spoke with a family friend of Michael Clifton who wished to remain anonymous. The friend said Clifton had depression issues and was going through counseling after losing a child in March. This friend said Clifton was never violent toward his family or anyone. Despite having mental health issues, this friend says he legally owned multiple guns for hunting purposes.

"You know that was the reason for him having the guns that he had, he loved to hunt he loved to do family stuff," Clifton's friend said. "And I guess it's just very traumatizing to the family given the police shot him so many times."