Kevin Moore, 27, was handcuffed and arrested for murder in the shooting deaths of two young children and felonious assault as a third boy is 'fighting for his life.' 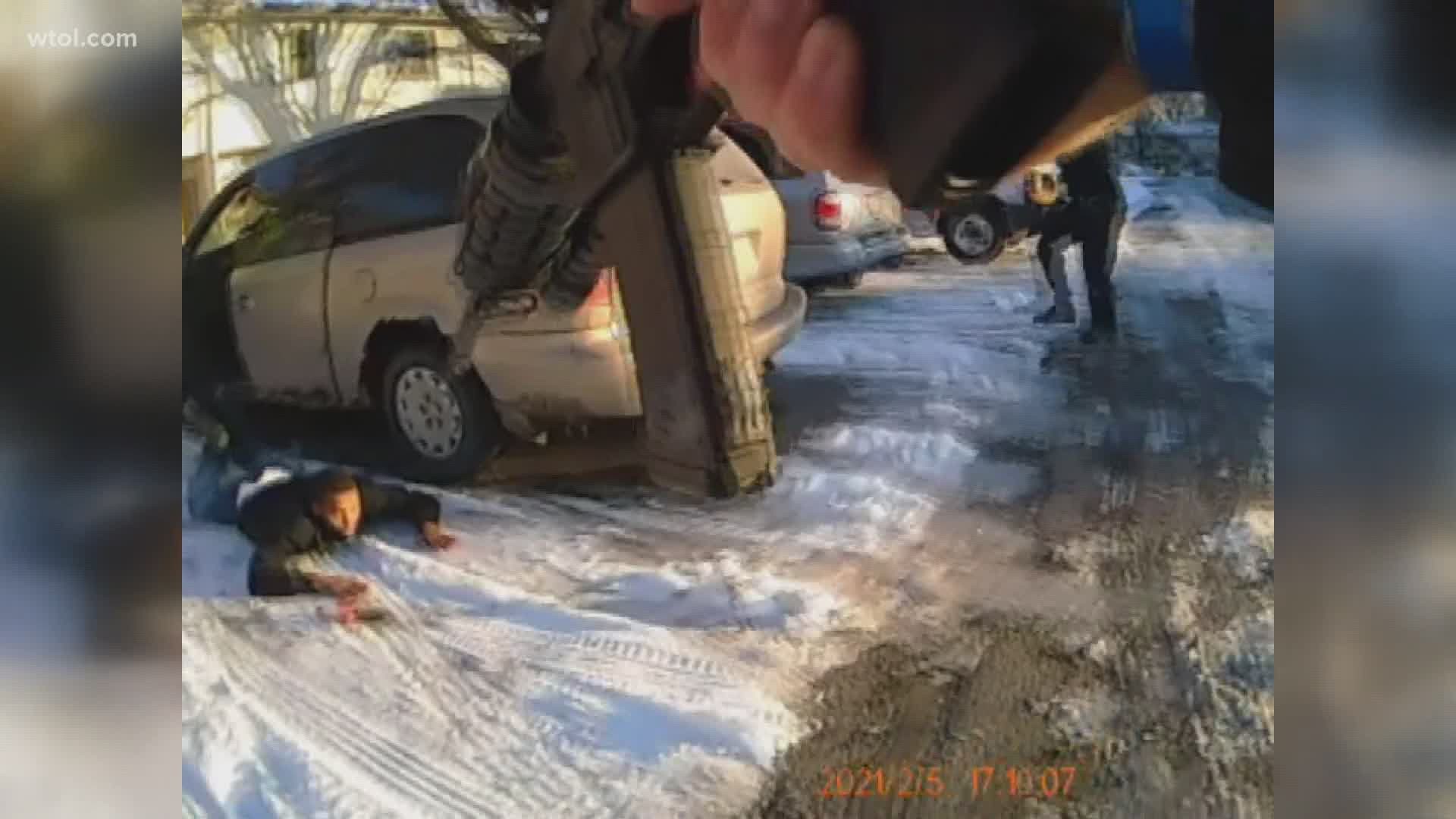 TOLEDO, Ohio — The Toledo Police Department released body camera footage from the moments after they responded to a deadly shooting that left two young children dead and one fighting for his life.

Kevin Moore, 27, their mother's boyfriend, is now charged with murder for the killings at Byrneport Apartments in south Toledo Friday.

On Monday morning, Toledo police said Ashtan's condition had been upgraded to critical but stable condition, although he is still fighting for his life.

The bodycam footage shows officers arriving on scene after at least two neighbors called 911. Those neighbors heard gun shots and someone screaming that a man had shot children.

Multiple officers are seen with their guns drawn at Moore in the parking lot of the apartment complex. They instruct him to lay on the ground beside a gold van.

Moore is handcuffed and placed in the back of a police cruiser without any resistance.

Multiple officers and EMS run into the apartment where they found the three boys inside, all suffering from at least one gunshot wound.

The Lucas County deputy coroner ruled both Ahmir and Gabriel's cause of death to be multiple gunshot wounds and the manner of death homicide.

According to a post on social media that Andrews made, she was not home at the time of the assaults as she was helping her mother with a moving truck. She said she came home and discovered her children shot.

Moore was booked into the Lucas County Jail on two counts of aggravated murder and one count of felonious assault.

Moore appeared via video monitor during his arraignment Monday morning. He was wearing a mask and he appeared emotionless and remained silent.

The judge set his bond at $2 million for each aggravated murder charge. A bond was also set at $1 million for his felonious assault charge against Ashtan Phillips. He is to have no contact with the boy and if bonded out, he must wear an ankle monitoring bracelet.

Detectives have opened an investigation. If you have any information about the incident, call Crime Stoppers at 419-255-1111.

WTOL will continue to bring you the latest developments on air, online, and on our free WTOL 11 News app.

WARNING: This content may be disturbing to some viewers. Discretion is advised.